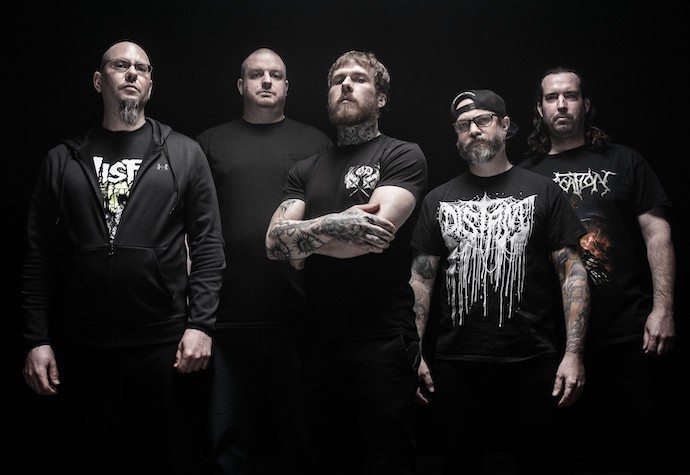 I was a fully grown young adult when I saw the movie Jaws for the first time, but I had recurring nightmares afterward as if I’d been a child. The greatest source of those night terrors was the scene of Quint’s consumption by the Great White, screaming while being eaten alive. I’ve gone back to the movie over and over again since then, but I’m still horrified by that scene. The thought of any creature being eaten alive still viscerally revolts and frightens, even though it happens millions of times a day throughout the animal world, even if largely unseen.

Jaws obviously made an impact on the Ontario band Eaten By Sharks, but rather than run from its horrors they run toward them. Lifting a line from the movie when the shark first reveals itself to the cantankerous crew of the Orca in all its frightening immensity, they named their first release We’re Gonna Need A Bigger Boat.

That was back in 2013, and after almost nine years of silence since then, one might be forgiven for wondering if they’d succumbed to a watery demise themselves. But they’ve risen again, prowling the surface with razor fins slicing the waves, teeth bared, and a new album of heavy-grooved technical death metal named Eradication that presents a nautical-themed, first-person horror experience.

The album was just released last month, and to help spread the word we’re presenting a playthrough video of the song “Kill and Consume” that features the performances of guitar duo Chris Chaperon and Dan Okowinsky. 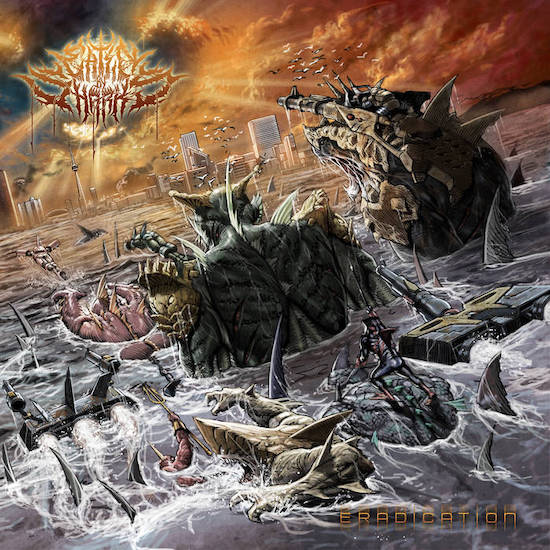 The song featured in the video is a racing torrent of sound that conveys chaos through flurries of darting fretwork, pummeling bass, hammering drums, and a fusillade of berserk screams and savage roars. Through a grim blizzard of tremolo’d chords the music also channels fear and frenzy, and it pounds like a big sledgehammer as well.

Unexpectedly, the turbocharged momentum of the attack abates, and the music swirls and becomes shadowed by gloomy and perilous moods, paving the way toward a scintillating solo before the frightful frenzies and merciless clobbering resumes, accented by a ghastly vocal gurgling that makes the experience even more chilling.

We gave our own impressions, but here’s what the band has to say about the track and the video:

“This is a first-hand look at the song which washes over the listener, boasting a slammy, black metal feel, a slick Revocation-type jazzy middle eight, and a simple message – don’t eat shark soup less you become cursed for poor choices.”

Joining Chris and Dan in the ranks of Eaten By Sharks are vocalist Matt Sherriff, bassist Tyler Abrams, and drummer Justin Whitehead.

Eradication was produced, mixed, and mastered by Chris Donaldson (of Cryptopsy fame), and it’s available now in CD and digital formats. The album is recommended for fans of Despised Icon, Fit For An Autopsy, Revocation, and Cattle Decapitation, It features cover art by Shindy Design.