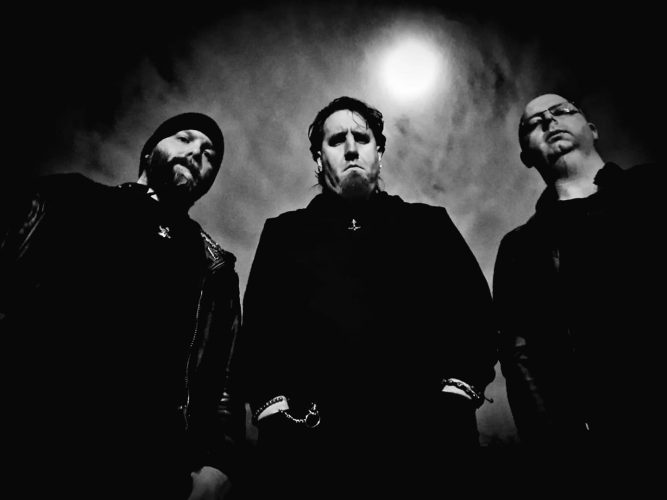 You know what makes the situation even riskier (i.e., stupider) today? I have ideas not just for Part 2 but also for Part 3! I could spell out those ideas right now. But there’s  a limit to how dumb I’m willing to be. I’ll just say that if they come to pass they won’t both be a continuation of choices from among fairly recent songs and videos.

As for how I came up with what I’d like to throw your way in this Part 1: I have fallen very VERY far behind in going through the press releases that flood our in-box on a daily basis, and also far behind in checking other sources I use to discover new songs and videos. It will take some hours to try to get more current, and I don’t have hours to spend on that exercise this morning — because I have THREE PARTS to write.

Fortunately, I had already spotted and saved a few things while rapidly skimming the in-box, and some friends and acquaintances messaged me about some others, and all that proved more than enough to justify the following selections. But before we get to those, here are links to a few new new things I’m not writing about because most metalheads who come here probably know about them already but you might still be interested in checking out if you don’t: 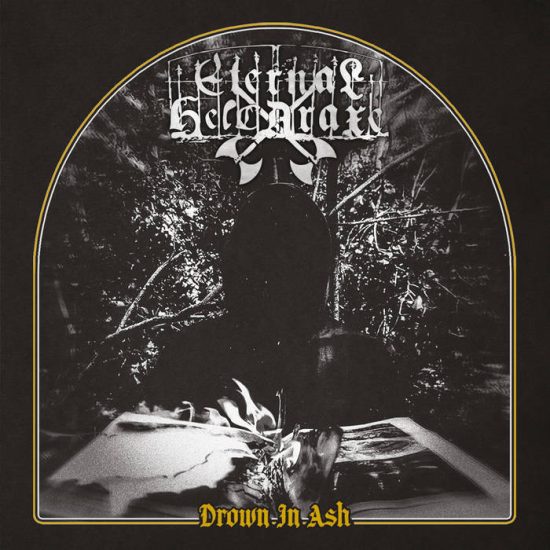 I’ve written about this Irish black metal band every time they’ve come out with something new, beginning in 2011 — but they don’t pop out new things with much frequency. Five years passed between their debut album and their second one, and now five more years have gone by between the second and the third. The name of the third one is Drown In Ash, and it will arrive on September 30th via Naturmacht Productions.

As the new album’s title signifies, the band’s outlook on life hasn’t become rosier. One might draw the same conclusion from the title (and the stunningly bleak lyrics) of the album’s first single: “Where Dead Things Roam Free“. And so too, the music casts long dark shadows. The song thunders and races, and the bass slugs really hard, but the dense, sweeping waves of melody seem like manifestations of melancholy and despair.

It’s a changing trip. The vocals rise from scorching screams to soaring song, and descend into bestial growls, and at times there’s a feeling of wistfulness and yearning in the music too, especially at the end, when I might go so far as to say that it yields to the romance of nostalgia. (The bass remains a vital presence throughout, and that often unheralded instrument deserves applause here.)

P.S. If you don’t know, “Helcaraxe” is a place in Middle Earth mentioned in Tolkien‘s The Silmarillion. In ancient Elvish, it means “The Grinding Ice”. 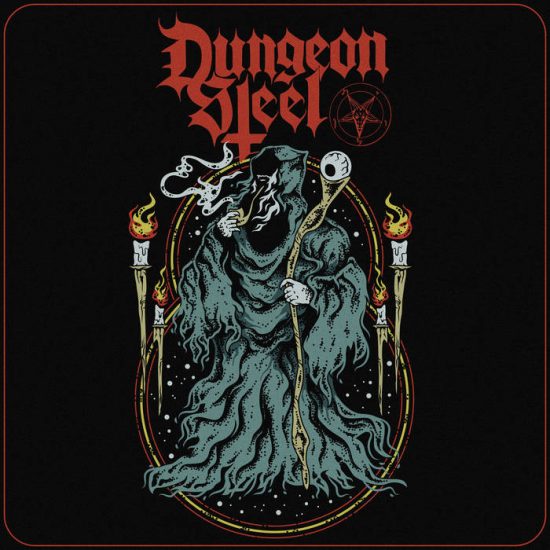 Dungeon Steel‘s new EP Night Entity has been out in the world since September 2nd, but I missed it until our old friend from Norway eiterorm fired a link my way. Three tracks long, it’s just goddamned glorious, a thoroughly electrifying blast of blackened speed metal.

When Dungeon Steel go fast, they get adrenaline pumping with jittery sulphur-spewing riffs, grand heavy metal chords, wild and weird soloing, and ravenous vocal hostility. But they also switch things up, and that becomes most evident in the last of the three songs (the title track), where the vocals wail, the soloing screams, and the mood becomes even more sinister and supernatural. And things change even more when entrancing notes ring and witchy female vocals take over. 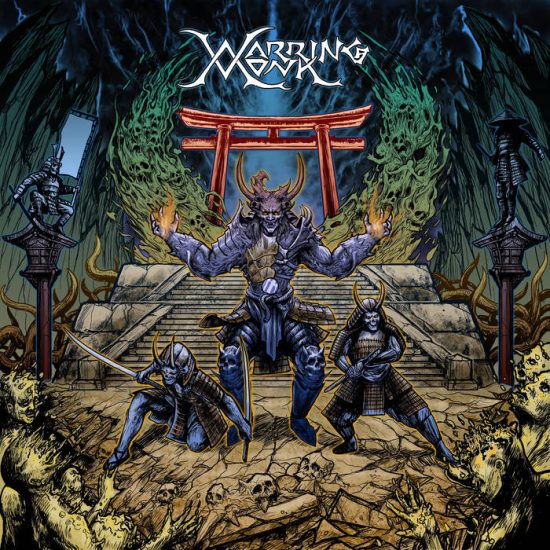 Our friend Rennie from starkweather pointed me to the debut album of this New Jersey death metal band, which he was inspired to recommend after making his way through Andy Synn‘s recent collection of reviews under the title Only Death Is Real.

Rennie succinctly called this album a “battering ram”, and man is it ever. But it’s more than that too. Sé consists of seven tracks, each of them with their own bracing twists and turns, beginning with the gripping tribal beats that launch and then anchor the record’s opening track. It’s all the unpredictable twists and turns, which come into view with the wide-ranging vocal variations as well as all the inventive instrumental maneuvers, that make the album such a rush to hear. 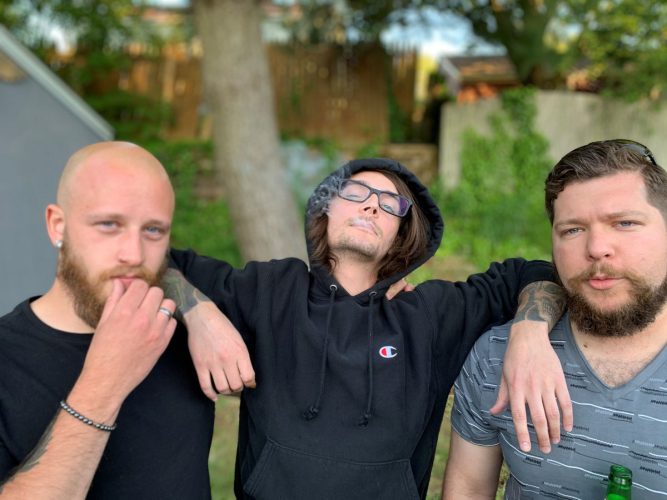 I suppose it would be fair to call Sé an exercise in progressive death metal, mainly because I can’t think of any other genre descriptor that would work better. But even the term “progressive” doesn’t really fit how ingeniously crazy, and even hallucinatory and spacey, all the songwriting machinations are. Maybe avant-garde death metal? The instrumental skill on display by this trio is top-shelf too.

But yes, along with all the mercurial instrumental escapades and sudden variations in tempo and mood, Warring Monk do know how to ram your head into a wall with enough brute-force power to smash both the bricks and your skull, and they routinely give a listener’s spine a swift and merciless jolting too. So let’s end this brief review by saying that Warring Monk are something like a cross between exuberant mad scientists and ruthless demolition machines.

Sé has been out since last Christmas Eve, but (as you can tell) I got so pumped up about it that I diverted from the usual “hot off the presses” theme of these round-ups. 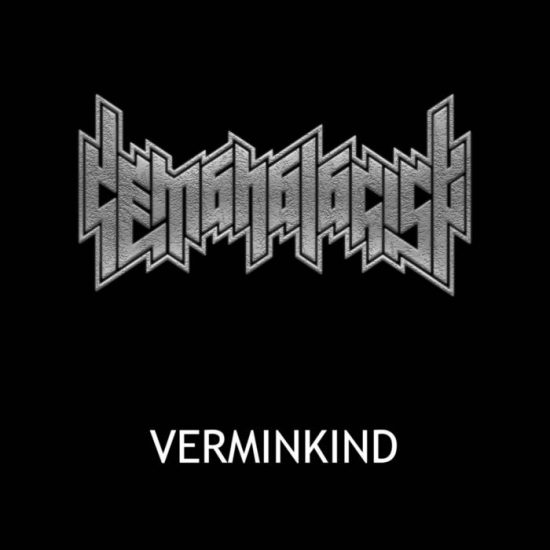 As most people know who have been closely following events in Ukraine, this past week was an extraordinary one in the country’s resistance to Putin’s delusional, fraudulent, and sadistic invasion. By coincidence, the week also witnesses the birth of a new EP by this Ukrainian black metal band.

The name of the EP is Verminkind, and you can guess who they’re referring to. But it represents not only savage fury but also stands as a rallying cry — and it’s all electric.

These four songs punch damned hard, thanks to brutal, heavy-as-hell grooves and bursts of obliterating drumwork. Anchored by that powerful drive-train, the band spin out blazing and blaring riffage and spew unhinged vocal extremity whose savagery is obviously fueled by passion.

But they also create moods of oppression and agony (especially within the thuggish pounding of “Stoimo”), and erupt in convulsions of breathtaking violence and chaos (“Verminkind”), and they spawn sensations of unsettling and discordant madness in the midst of a relentless push forward (“Bleed, never submit”).

Lots of things stand out about this EP, but perhaps they can best be summed up by saying that every one of these songs is multi-faceted. Demonologist call themselves a “black thrash” band, but it’s really not that simple. They do know how to seize a listener’s reptile brain and get hearts pounding, but they also know how to evoke changing moods and embellish their creations with head-spinning instrumental flair.

(I owe thanks to Madis for recommending this one to me.)

Those of you who’ve been following these round-ups for a while know that I have an affinity for this Chile-based solo project even though the music’s not always metal. Past is prologue, and so I eagerly checked out Antuco‘s latest release, a September 12 single named “Kimün (Part 3)“, which consists of a single song — “Kuyën“.

The new release is so named because it follows two previous releases, also named Kimün (Parts 1 and 2). This one is heavy and unsettling. Backed by thundering drums and a lead-weighted low end, the music immediately sweeps across the senses in towering waves of ominous grandeur, punctured by feverish flickering tones.

When the storm occasionally abates, and syncopated beats come in, the music becomes mysterious, and even celestial, evoking feelings of wonder, but shadowed by moods of tension and inner turmoil. When it abates a second time (still propelled by a gripping drum beat), the feeling is dreamlike and sinister, maybe even nightmarish.

The video that accompanies the song is beautiful, and a fitting match for the music.