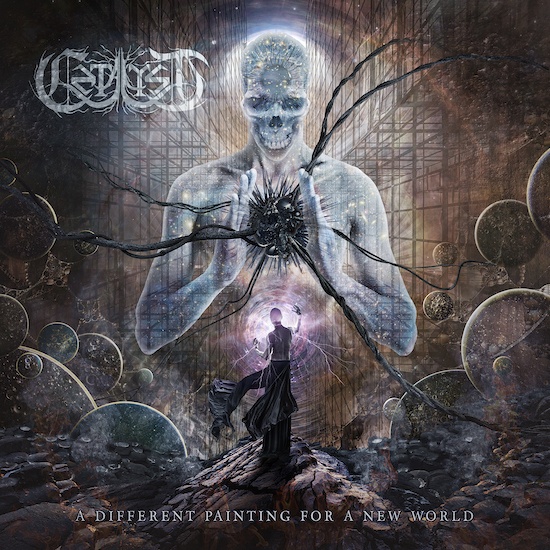 As you can tell from the title of this feature, we’re about to premiere a video for a new song by the French technical death metal band Catalyst — one that they call “the fastest and most savage song” of their repertoire. It’s from their forthcoming second album, with the intriguing title A Different Painting for a New World. We have lots of interesting details to share about the band and the new record, but this is one of those times when we’re going to cut to the chase first.

What we’re chasing (or more accurately, what’s chasing us like a Formula One car with the agility of a cheetah) is the song “Worms and Locusts“. When we get to the details, you’ll learn that the song is part of an album-length conceptual narrative, and in the tale of this track a world is purified by apocalypse. 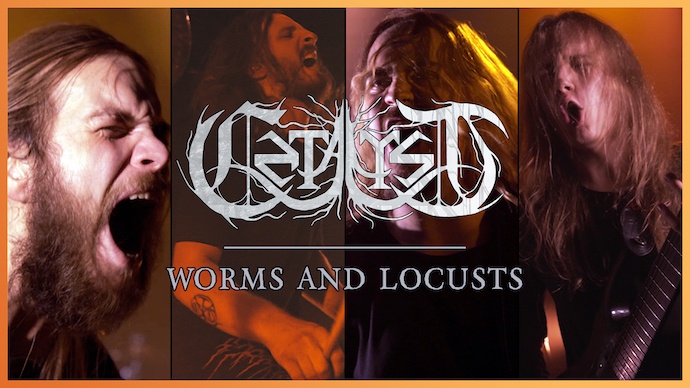 In a nutshell, the song is an explosive and mind-boggling race. There are some well-time breaks in the hurtling momentum (one of several things about the song that will keep listeners on the edge of their seats), but for the most part the band fly like hurricane winds. (Forgive us for all the mixing of metaphors, but it’s damned hard to resist.) The instrumental execution is blindingly fast and surgically precise, and exhilarating to hear.

But this isn’t the kind of hyper-dexterous tech-death that can tend to numb the senses, but rather the kind of boisterously exuberant experience that seizes attention and holds it. Apart from the sudden rhythmic breaks and tempo changes, lots of the darting riffs and blistering drum progressions are catchy as well as eye-popping. And the harsh vocals, apart from being unhinged in their savagery, themselves create percussive grooves, especially when the whole band join together in barking the words. All of these qualities give a pleasing structure to all the explosive madness.

The video is a hell of a thing to watch too. The visuals leap among the performers just as fast as the notes and beats are flying, and they speed up in surprising, hyper-accelerated bursts of headbanging and drum-hammering convulsion that make the visual experience even more wild. The lighting and colors used are also great. And the band members throw themselves into the performance with just as much energy and intensity as the music demands. Our guess is that they’d be just as much fun to watch if filmed from a solitary angle with a steady camera.

So, buckle up and get ready for an enormous thrill-ride of sights and sounds:

Now for those details we promised.

If you don’t know, Catalyst view themselves as a “concept band”, in the sense that their releases span an evolving original narrative centered on a protagonist called “The Catalyst”. It is described as “a story of a universe brought to life by 9 Lords, originally protecting its integrity, but now corrupted by the almighty Creator”.

In this new album/chapter, “the Catalyst now needs to purify that world, contaminated by the Creator’s madness and chaos”. “It tells the birth of a better world through destruction, but also about the battle of two entities fighting for different beliefs”. 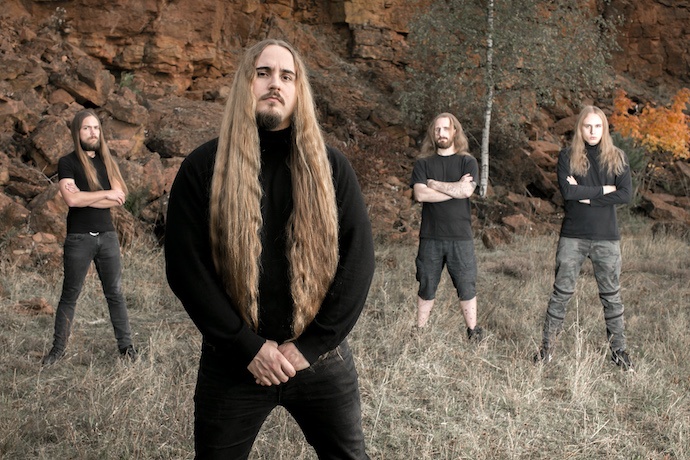 Here are the band’s own comments about the new record, and about the song and video we’re presenting today:

Be prepared to hear the fastest and most savage song of Catalyst’s repertoire with the track “Worms And Locusts”! Made to describe the second part out of three from the album’s story, “Worms And Locusts” is here to show off the brutality overwhelming humanity’s fate.

In this chapter, the purification begins. It is the description of the onset of the purifying apocalypse settled by the nine lords. Unfold chaos and carnage, embedded in the purest shape of brutality.

Once again directed by Vincent Tournaud, “Worms And Locusts” was shot at Le Gueulard Plus in France while the lights were entrusted to Thibault Groche. Most of the video was shot at 50% of the speed in order to multiply it during the editing. Thus, it creates an odd effect where musicians seem to be disarticulated while playing the hardest they can.

We really wanted to work on speed and on the rhythm during the editing part of this video. The chosen colors (orange / blue) aimed to match the artwork of the album, designed by Vincent Fouquet from Above Chaos. Kind of a simple music video, but we are really proud to show you our work on this song!” 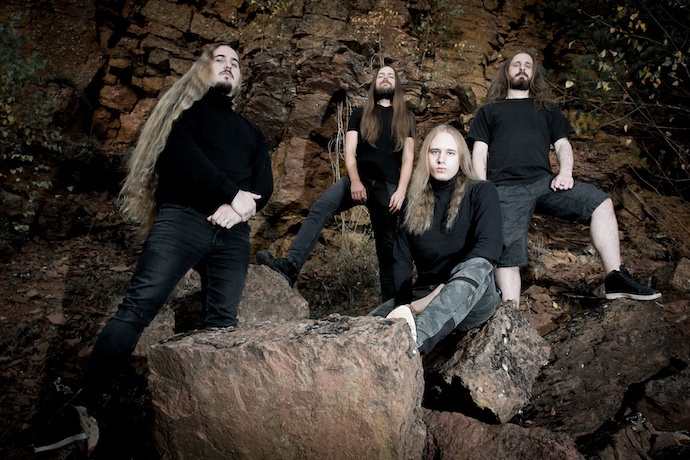 A Different Painting for a New World was produced by HK Krauss from Vamacara Studio (Loudblast, Sinsaneum, Dagoba, and more), while artistic direction was entrusted to Above Chaos (Meshuggah, Moonsorrow, and more).

The album will be released on October 14th by Non Serviam Records in CD, vinyl, and digital formats, and they’re all available for pre-order now via the links below.

We’re also including the previously released video for the album’s first single, “To Unleash Thy Heinous Fate“, which premiered at Metal Injection with an intro by former NCS writer (and still our friend) Austin Weber.