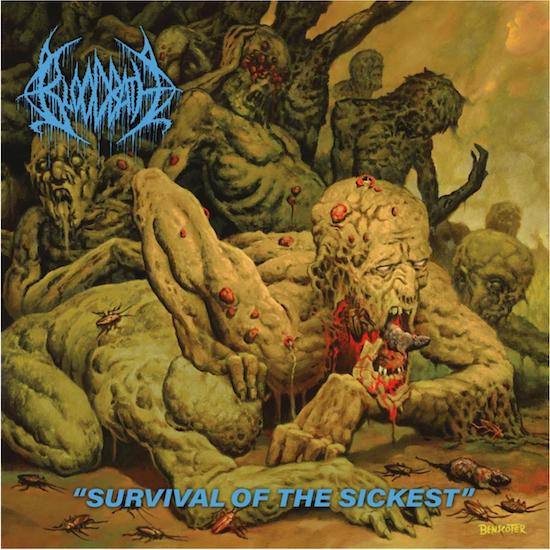 (Earlier this month Bloodbath released their sixth album, and their first on Napalm Records, and today DGR has some thoughts to share with you about it.)

The thing reiterated with Bloodbath time and time again is how the group have always existed as partial tribute act, partial throwback, and definite lovers of the phrase “playing for the cheap seats”.

They were formed in a time when the wave of death metal throwback wasn’t yet even a cogent idea to a lot of people, with some of the groups that Bloodbath sought to emulate only just hanging their hats up to go quiet for a decade or so — only to return as the old school death metal revival hit full swing. At the time it made logical sense since they became a bastion of old school chainsaw guitar and ethos, likely exposing waves of people to the genre for the first time, boosted by the popularity of its various members’ other projects. It would feel like a lie to say that the gateway to Bloodbath at that time for a lot of people wasn’t a starting point with Opeth and Katatonia.

What’s been interesting for Bloodbath is that they’re in a weird spot now, as the revival and throwback movements have now long been factors within the genre, which means they’ve no longer the flag-bearers for a style that has waned in popularity. Instead, they’re now at the forefront of an active movement within death metal and one that often asks the question, “well how hard can you throw us backward in time?” 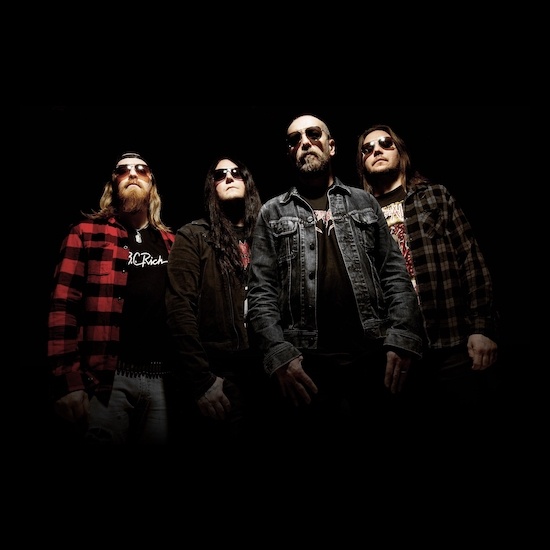 Bloodbath have done a lot of work and foundation building to avoid being lumped in as just a throwback act. Even when the old school death metal movement has fully gained traction, Bloodbath were elsewhere in the genre, seeking to find new veins of heavy ore to strike. The addition of Paradise Lost frontman Nick Holmes on the vocal front allowed the band to traverse different sonic territory, with the raspier growl standing in stark contrast to the previous low bellows of the equally famous vocalists who had previously occupied the role.

Grand Morbid Funeral had the band fully prepared to be grim-robed and darkened up with the character of Old Nick leading the fray as a hybrid undead monk and equally insane zealot. It was also sonically some of the messiest that Bloodbath had been in some time.

The Arrow Of Satan Is Drawn reigned that in a bit, sounding more polished and for the first time reaching beyond just the worship of one regional scene and into two or three others. It was probably the first time that the older British death metal scene had become evident in the band’s sound – although Bloodbath themselves have said they were aiming for a more black metal styling within that specific release, which only seemed to really come through on the bonus songs “Wide Eyed Abandon” and “Ride The Waves Of Fire”.

And like clockwork, four years later Bloodbath have a new release – their first for Napalm Records – in Survival Of The Sickest, which has resulted in Nick Holmes now being the vocalist with the most Bloodbath full-lengths under his belt and a sharp shift way back into the purely old school death metal vein. Lik guitarist/vocalist Tomas Akvik has been fully added to the band’s lineup for this latest effort.

Survival Of The Sickest may be the most “playing to the cheap seats” style that Bloodbath have done in some time. They give themselves over fully to gore-soaked death metal worship, landing somewhere between Resurrection Through Carnage and Nightmares Made Flesh with no pretense of this being newer music done in an older style for a modern crowd. Survival Of The Sickest is object-oriented and funnily enough is one of their better releases in some time for it. 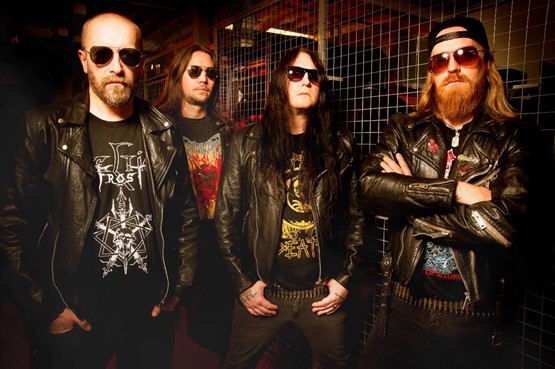 There is probably always a feeling of wanting to act like you’re “above this” when it comes to something so nakedly unashamed about what it is doing musically. As mentioned previously, Bloodbath have always put in some effort to be more than just this one particular aspect of their sound, so that way you could at least put up the vaguest protest when they inevitably dropped into a block of songs on every release that had as much intelligence as cinder blocks crashing into each other.

Survival Of The Sickest is the first time in a long time where it seems like Bloodbath finally went “No, this is just what we do”, and it’s hard to deny just how much that works – even for someone who was equally overjoyed when they had the gall to name a song “Bloodicide” on their last recorded go -round. That’s why with one glance at the cover art, the title Survival Of The Sickest, and the song titles, which often have to do with corpses, flesh, or a related concept, you’ll know what you’re in for. Though bonus points need to be provided for the return of the “cide” suffix, with the tenth song here being the sub-four-minute burner “Environcide”.

Bloodbath have once again put out the call for reinforcements as well – much like they did for The Arrow Of Satan Is Drawn – and have welcomed another handful of guest vocalists to join Old Nick on the pyre. This time Luc Lemay of Gorguts, Barney Greenway of Napalm Death, and Marc Grewe of Morgoth/Insidious Disease join in on the fun, with Luc providing work on two songs. and Barney and Marc on the front lines of the songs they appear in. Compare to them, Luc is more evenly spread around in his contributions, hovering in the back of both of his songs as additional vocal work for much of it.

The time Luc does spend in the spotlight is actually a little understated vs Barney‘s somewhat pyrotechnic entrance in “Putrefying Corpse” or Marc‘s explosion during “To Die”. Luc kind of politely steps up to the mic during his time and disappears without fanfare back into the background battle to yell alongside the band.

“Carved” and “Born Internal” are the two songs for him and are a little different from the rest of the meal provided on Survival Of The Sickest. They’re a little moodier and more foreboding; much of Survival Of The Sickest is focused on that powerful one-two hammering and constant guitar rumble by comparison. The positioning of them both within the center of the album makes the disc play out like four fast ass-kickings, then some dwelling in the abyss, then back to the beatings, up until the ominous closer of “No God Before Me”.

Much of Survival Of The Sickest is tried and true and it’s one of those situations where both the band and the listener know it. It’s hard to knock Bloodbath essentially doing what Bloodbath do best. They know it works, and by listening to Survival Of The Sickest you enter a contract with the band where you acknowledge, “Yes, I am aware this is Bloodbath returning to the well upon which they were founded”. It’s not an album of deeper meaning and subtext. It’s all as loud and as dumb as the band could’ve possibly written it.

Survival Of The Sickest is happiest in its sewage dwelling and at its strongest when it’s essentially a death metal trope factory rolling them out in four-to-six minute pieces. It positions Bloodbath right back where they were when they started, as flag bearers for a style that has had a lot of life injected back into its shambling corpse, perfect to line up alongside the various comebacks and career re-formations of recent years. They may be a little more politely unassuming about it, but Bloodbath are still going to be Bloodbath here, striking a purer death metal vein than they have in some time.

One Response to “BLOODBATH: “SURVIVAL OF THE SICKEST””