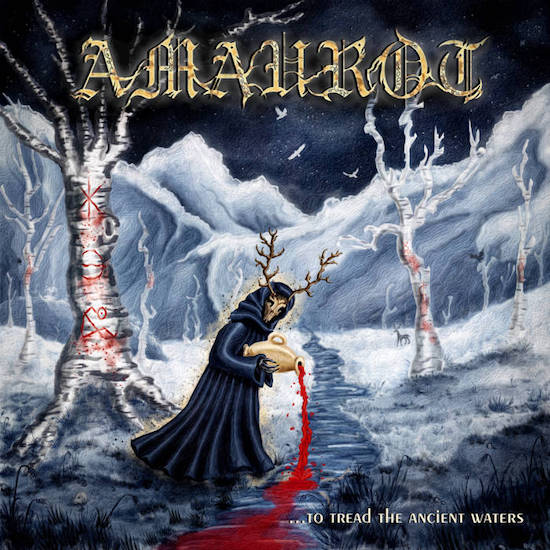 In the broad domain of Doom its musical denizens often dwell in subterranean caverns, moldering crypts, or dingy weed-steeped squats. But others, like Amaurot, make their home in ancient gothic halls, elaborately embellished and richly furnished, even if still swathed in darkness and with catacombs beneath that lead to perilous caves where beasts growl their laments.

To lead you on a grand tour of their haunted dwelling, this Sweden and Germany-based group have recorded a debut album named …To Tread the Ancient Waters, which will be released tomorrow by Obelisk Polaris Productions. They welcome you to their bleak but fascinating abode with these words: 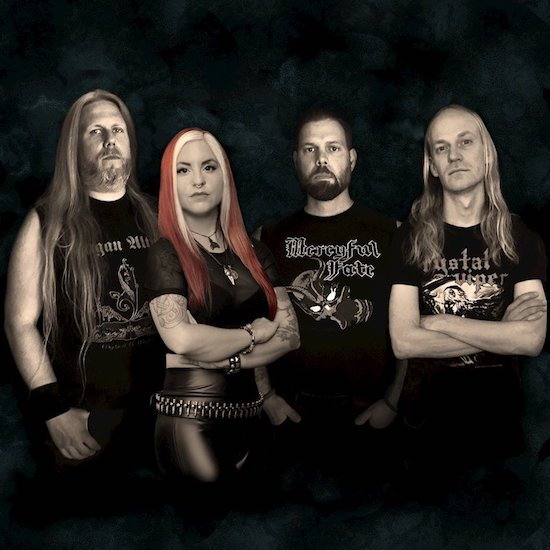 Finally the time has come: After 3.5 years of intensive work, Amaurot release their debut album, …To Tread the Ancient Waters. The album presents versatile doom metal of the classic kind, female clean vocals and growls blend into the sustained, atmospheric instrumental parts. The song themes revolve around self-reflection, melancholy and sadness. Amaurot is very happy to present this very personal work to the world.

Those words of welcome highlight some of the signal aspects of the music. The crystalline singing voice of Lisa Rieger (Hydra) is a key feature of the music, but she also growls, and to expand the album’s vocal bestiary Rogga Johansson (Massacre, Paganizer) joins in as a guest for the title song as well as “Starless Sky” and “Phoenician Ashes”.

Other guest vocalists include Sabine Meusel (Xiphea) on “Rituals” and Marcus Rosenkvist (Void Moon) on “Starless Sky”, and those two also combine with Lisa and the band’s bassist Magnus Hultman (Cult of the Fox) for ravishing choral vocals on “Ritual”. 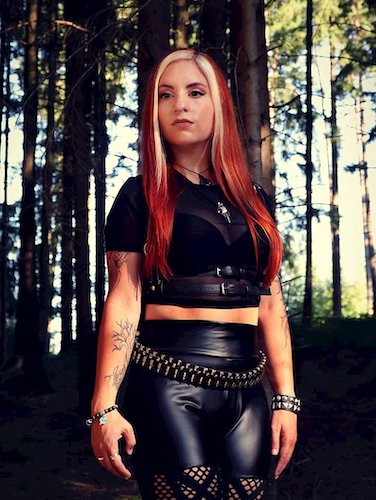 But apart from the wide-ranging and always expressive vocals, the new album has other signal features, as you’ll discover through our full streaming premiere today.

Crestfallen moods are never far away, but soaring guitars and Lisa‘s lift them up. There’s wondrous beauty in the music, but reappearing synths give that beauty an eerie cast, and the gargantuan growls and menacing riffs show the dangerous perils that lurk on the edges, often made fully manifest in frightening ways. 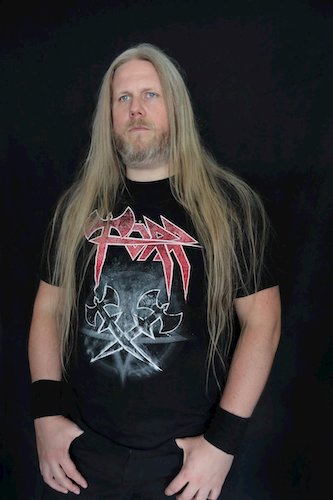 The guitar melodies and solos in the songs by the band’s guitarist Peter Svensson (Void Moon, Assassin’s Blade, ex-Goatess), as well as guest soloing spectacles by Sean Vukovic on “Aether Child” and “Gone Forever”, exert an immediate allure, portraying moods of downfall and despair, but also heartfelt feelings of remembrance and yearning (and they get both wraithlike and narcotic in “Ritual”). 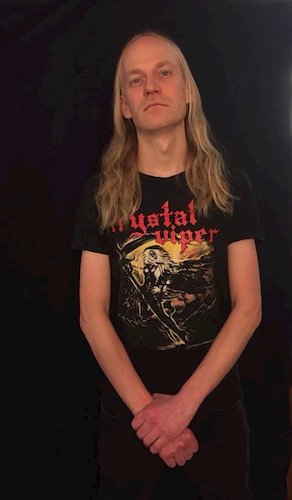 But these songs are weighty in more ways than their emotional content and the usual heft of the riffs. The bass work of Magnus Hultman (Cult of the Fox) is nuanced and nimble, but you can feel its thrum in your bones, and drummer Thomas Hedlund (ex-The Ancient’s Rebirth, Pagan Rites, Void Moon) provides variable grooves and progressions that are well-tuned to the music’s other maneuvers, but he packs a tough punch too. 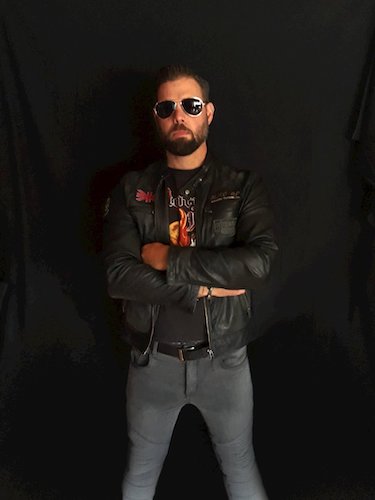 With that introduction, we invite you to travel through the labyrinths of Amaurot‘s doom mansion, where the winding halls and massive doors lead to many places, some transfixing in their gothic elegance and some that don’t seem entirely of this world, places where spells are cast and monsters snarl in the darkness.

Obelisk Polaris Productions will release the album on CD and digital formats, and they recommend it for fans of Draconian, Candlemass, My Dying Bride, and early Within Temptation. The cover art was created by Lisa Rieger.