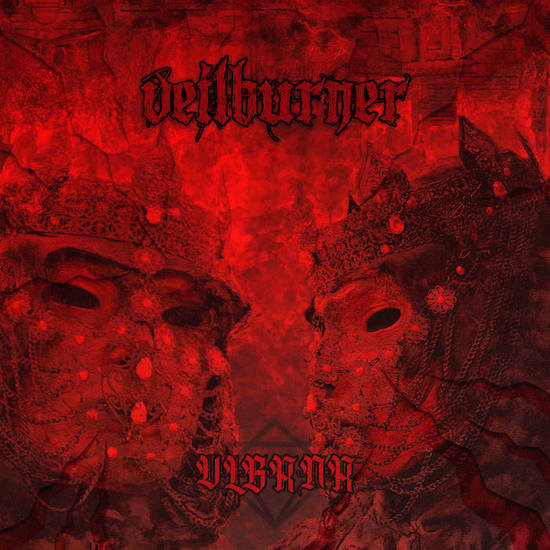 (Today we premiere a song off the new album by Veilburner, which is set for release on December 2nd by Transcending Obscurity Records, and to accompany it we present a fascinating in-depth review by Rob Tamplin.)

At this moment in time it’s difficult to think of a more on-the-nose band name. If Pennsylvania’s Mephisto Deleterio and Chrisom Infernium intended to toy with controversy when they conceived Veilburner, they could never have predicted world events taking place on the eve of the release of their sixth album. Born into a world where burqas are banned in 16 states, while protesters in Iran have been arrested and killed for burning their hijabs, both sides, fighting for the choice to either wear or not wear an item of clothing.

On this almost-eponymously-titled mission statement, Veilburner tell us none of us has any choice at all.

Across the album’s runtime, Infernium fires off a volley of hexes, ipse dixits, questions, and demands, all pointing to the inconvenient truth that humans’ warlike nature (“lathe a shiv from broken rib”) has consigned us all to a grisly end.

The band restrict the album’s lyrical matter to the realm of Old Testament apocrypha. I’m sure there’s a lot more going on with the lyrics than I can identify – Google searches of ‘the womb of Gehenna [and] the valleys of Sheol’ reveal these to be abodes of the dead in Jewish and Christian eschatology, i.e., ‘the doctrine of last things’! 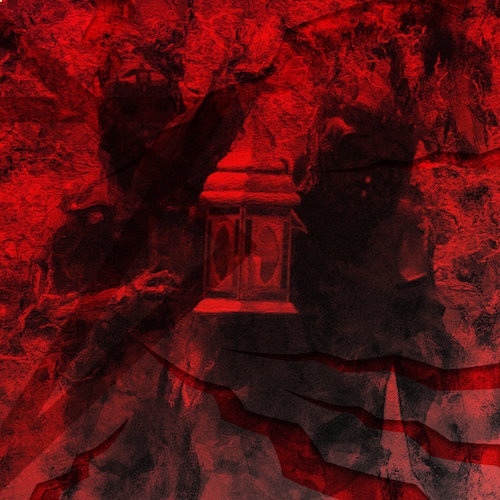 2021’s Lurkers in the Capsule of Skull was an AotY-list staple. And it looks like Veilburner immediately got their noses back over the grindstone. A mere fifteen months hence comes this burnt offering.
If you, like me, were a big fan of Lurkers, the first thing you’ll notice about VLBRNR is how immediate and angry it is by comparison. The 2021 album featured swathes of ear-catching ambient experimentalism, but VLBRNR matches its livid cover art and comes in hot.

After a brief synth intro, ‘VI (Vulgar Incantations)’ kicks in with a grandiose FFF-style lead riff. Veilburner are happy to make us wait, jamming for a lugubrious two minutes before Chrisom Infernium’s hissing gutterals reach out of the speakers to grab us by our souls. This first track is filled with subverted biblical imagery, casting the first man in a satanic light, and later sneaking in a pun questioning whether the human race is ‘Abel’ to walk without a ‘Cain’. The satanic theme culminates with a hissed ‘six, six, six’, the final digit reverberating around in the mix as the song rumbles along on its lumbering waltz-time groove.

‘Envexomous Hex’ announces itself with machine gun snare blasts and heavy artillery toms. Showing off Infernium’s sermonising vocal style, the song’s lyrics do in fact read like a curse (‘still you fall, still you fall one from all’). The music has the ferocious shuffle of turn-of-the-century Dødheimsgard. An otherworldly theramin presages a skeletal riff, leading up to an immense conclusion showcasing Deleterio’s drumming. Veilburner know how to play with dynamics, using easygoing atmospheric breaks to line us up for another onslaught of oddball brutality.

A sinister synth-scape of early ‘00s bleeps and bloops announces ‘Interim Oblivion’, before an ‘80s-style beat interrupts. It soon becomes clear that this is Veilburner’s version of montage music. If there was ever a Veilburner song for leg day, this is it: the closest the album comes to embracing cheese. Later on, a jittering ‘60s flamenco/jazz coda adds a dose of mystery to proceedings, before ‘Interim Oblivion’ detonates once again. A lop sided, almost folkish groove, which recalls the post-metal of latter day Isis.

The folk flavor continues in ‘Lo! Heirs to the Serpent’, a medium-paced riff-fest, its central refrain not dissimilar to that of ‘Nocturnal Gold’ from Lurkers. But, again, it’s faster, angrier, more intense. Then, as if we’ve moved up a level in a video game, the song shifts into a zone of snaking swords-and-sorcery folk riffs, ushering in the album’s second act.

VLBRNR’s lyrics are a collage of metaphysics and apocalyptic imagery. Reoccurring motifs (serpents, wombs, the abyss, and the number six) are all delivered in the evangelizing tone of a rabid Father Mapple. Digging deeper into the lyric sheet, a number of smart rhyming couplets emerge, like, “existence isn’t literal, its more like a ritual” from ‘Unorthodoxagon’, and, “Lets shape tomorrow in the nothingness of today, if you look for the truth you will decay”.

Infernium only breaks from narrating our downfall for the album’s instrumental entr’acte, ‘Burning the Veil’. A classical tinge to its central riff recalls Gorephilia‘s ‘In the Eye of Nothing’. Later it gives way to something stranger, almost hymnal, anointed with a spooky rushing sound like wind blowing across a desolate mesa.

By comparison, ‘Repulsed by the Light’ — the song we’re premiering today — plays things pretty straight, with a queasy sea-shanty riff giving in to an epic, comparatively melodic chorus. Bluesy guitar licks shift it into that rare genre ‘songs you could play your mum to introduce her to blackened dissodeath’. It’s the oddest song on the album, simply because of how accessible it is.

But don’t be fooled into thinking Veilburner have turned approachable, because the brutalising 30-second intro to ‘None so Hideous’ leads into some of the album’s most intense portions; blastbeats, dissonant riffing, unhinged vocals, and what sounds like a kazoo solo.

The final song has the odd effect of making me simultaneously want more and less. ‘Ruin’ starts with a sinister techno intro which wouldn’t sound out of place in the club. It’s structured around two militaristic buildups, clearly intended to be the album’s epic closer. But, honestly, VLBRNR has been cruising at such epic altitude that a grand closer like this seems superfluous, especially when the second buildup sputters into some bubbling synths and the album just sort of ends.

With VLBRNR, Veilburner shows us that, six albums deep, they can still pull several infernal tricks from up their sleeves. Diverse and unlikely influences lurk beneath this album’s distorted sheen, and it’s at its best when the influences break the surface.

Veilburner have followed up last year’s career highlight with something darker, louder, and more dyspeptic. It’s only right. Now repent.

3 Responses to “VEILBURNER: A REVIEW OF “VLBRNR” AND THE PREMIERE OF “REPULSED BY THE LIGHT””