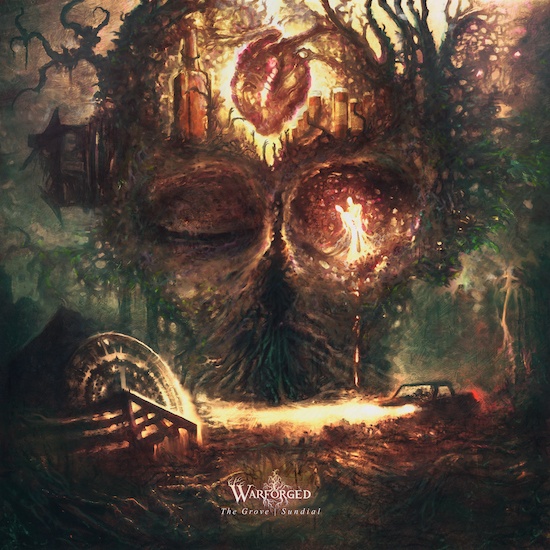 (This is another typically extensive review from DGR, and this time the subject of his attention is a new album by Warforged, which is out now on The Artisan Era.)

The launch of Chicago-based Warforged‘s first EP Essence Of The Land was promising. In the weird melange that is the progressive tech/death/prog/seventeen-other-subgenres world that Warforged exists in, that 2014 release felt like it was a few steps ahead of the game: a forecast of where many participants in that particular subsection of the prefix-core genre would be aiming in the future.

In the long run they were correct, because the following five or six years saw a huge explosion in ‘everything and the kitchen sink’ style writing where bands were willing to try anything in order to break out of the endless breakdowns and guitar noodling mold. Warforged just happened to beat everyone to the punch by a few years.

They were so on the forefront of that movement that other than the “Two Demons” single in 2015 it would be almost five years between the EP and the group’s first full-length – the incredibly indulgent hour and twelve minute monster that was 2019’s I: Voice, wherein not a single song would come in under the six-minute mark and about a third of them leapt well over the nine-minute hurdle. 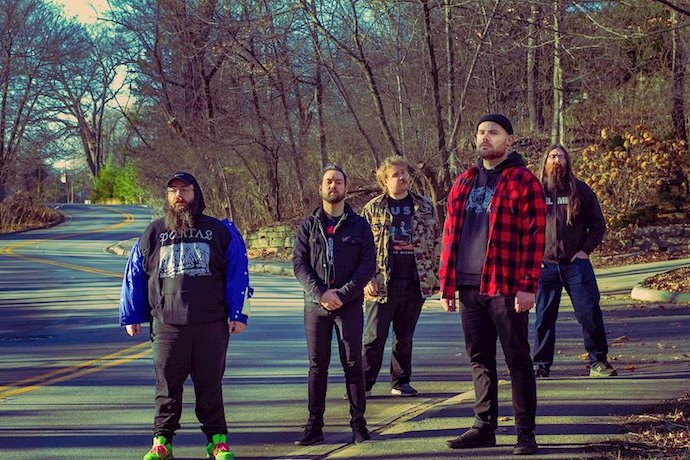 It’s only been three years since then and other than new vocalist Tim O’Brien at the front, the lineup in Warforged hasn’t changed. Despite having maintained the same core group of gentlemen between releases – which is often a Herculean act on its own in this sphere for some reason – it is clear that the Warforged bunch aren’t resting on their laurels with their newest release, The Grove | Sundial – which landed on our shores in early September. If anything, Warforged are trying just as hard with this release to tell us a story and create an expansive concept album as they did on their first full length.

They’ve got a couple of guest appearances  to add to the mixture while they themselves reach further and further outward to make The Grove | Sundial a worthwhile journey. Something else that’s taking place which will turn some heads is just how much the group’s sophomore full-length tries to contrast itself with its older sibling, still coming in at nine songs but somehow almost thirty minutes shorter and at times a whole hell of a lot more aggressive. It seems as if Warforged have put themselves to the forge this time around and come away leaner than they were prior.

There’s always room within these halls for a band willing to sit down and tell us a story. It’s an ambitious side of heavy metal that will always be appealing, as bands stretch harder to work as many of their ideas into audio form as they can. Even though it’s a much shorter and more concise album – in fact a few songs here could even be broken out as singles – The Grove | Sundial is still as ambitious an album as everything else they’ve done.

Though the tech-death and -core sides of things are much more prominent within The Grove | Sundial, trust us, you’ll notice a lot of hallmarks among the shrill shrieking and blastbeat segments especially. Warforged attempt to give every song something to perk the ears so that the nine present here don’t blur together. The album’s opening trio of “No Man Land”, “Hymn of Broken Teeth”, and “Sheridan Road” all reveal a stubborn insistence that the only common ground they share will be the aggressive groove and heavier death metal sections, and otherwise there’s always something to grip onto so that you’ll place what song you’re in. “No Man Land” with its slower opening and groove doesn’t suggest the sheer heaviness to follow in a song like “Hymn Of Broken Teeth” until its midpoint, and “Sheridan Road” goes through both the lightest moments on the album and some of the heaviest…all within five and a half minutes. 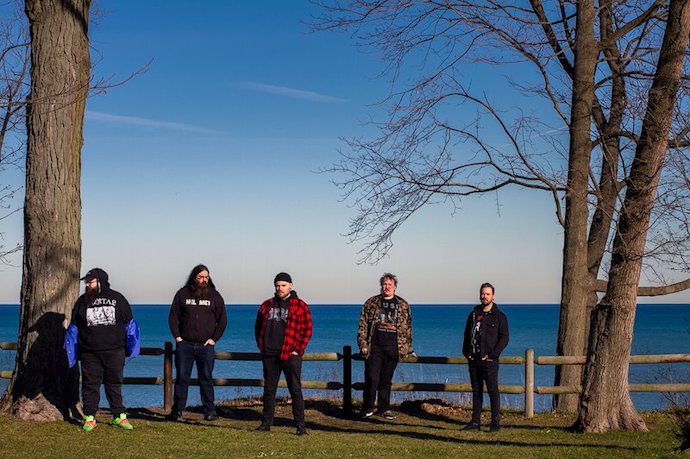 Given the album before this one, if you had told us that most of the songs within The Grove | Sundial would come in under six minutes you would’ve caught us off guard. Even then, the presence of songs like “House Of Resentment” at three and a half and “Self-Destruct Seminar” practically being a grindcore track at two-twenty-five is still an interesting change of pace. They don’t play out like interstitials between large songs either.

“Self-Destruct Seminar” especially is more like a deathcore vocal demonstration with chaos happening behind it and an immensely cool stuttering guitar section where the band cuts out over and over in its ending segment. It also gives way to one of the more interesting and experimental tracks on this release, “Bliss Joined To The Blade” – a song which combines every element from the songs before it into one solid mid-point synthesis for the album, while also returning to the low-and-slow groove of Sundial‘s opener “No Man Land”. It even closes out with the band crashing into Meshuggah-guitar-solo territory for a brief moment after whirlwind-hammering through a large grouping of angular grooves while wrapping the song up.

The opening minutes of the previously mentioned “House Of Resentment” are one of the few times wherein Warforged are traditionally deathcore in this expansive release. It is basically three minutes of brutality and chugging guitars to break up the more prog-happenings within “Burning Days” prior to it and the darker atmospheres of the apocalyptic air-raid-sounding “The Place That Breaks Your Bones”. Though it’s hard not to notice the post-metal influence of a band like Wrvth making an appearance during the bridge of “House” before the band send things back into mosh-pit battle formation.

When Warforged decide to grasp far and wide in service of their concept, that includes going well into even their own earlier stylings. The humongous wall of sound that is “The Place That Breaks Your Bones” is likely one of the songs that will throw listeners back to Warforged‘s earlier material the most, and that even includes – in the second of two guest appearances in two songs – current Through The Eyes Of The Dead vocalist Danny Rodriguez showing up to assist the band for more tag-team vocal shenanigans.

Its that sort of adventurism that makes an album like The Grove | Sundial so fascinating. The technical showmanship on display is impressive but it’s experiencing how Warforged twist and contort a style this vast into the story they are trying to tell that keeps things interesting. Sundial is a more approachable album than its predecessor on run time alone, but it is also doing the interesting thing that previous Warforged releases have all done, which is provide a snapshot of where their particular progressive slice of the genre is currently at, as well as where it may be aiming in a few years.

The Grove | Sundial may share a lot more with its contemporaries than Warforged have allowed themselves in the past, but there is still enough forward-looking material here that it wouldn’t be too shocking to see a handful of other releases emerge that sound like they’ve decided to share the same playground as Warforged in the upcoming years.