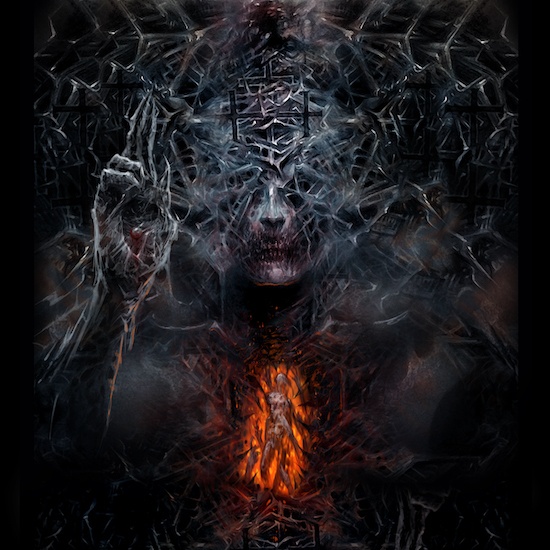 It’s been five years since Whore of Bethlehem appeared in our pages. Back then the subject was their then-forthcoming second album Extinguish the Light. It spawned thoughts of hellish war zones, brutal bludgeonings, and slithering serpents. In a nutshell, we called their blend of brutal death and black metal “catchy stuff, as well as obliterating”.

Five years along, these central Texas demons have risen from their crypts into the light again, with a new single named “Pseudochrist” that we’re premiering today along with a visualizer that makes good use of the striking cover art. It stands alone as a vivid reminder of the band’s electrifying savagery, but it’s also a herald of a new album that’s in the works, which makes it even better news. 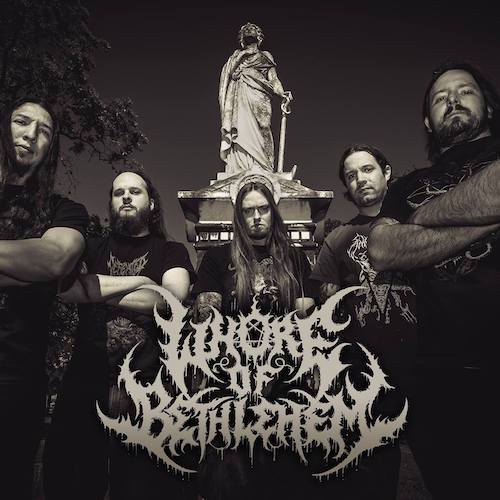 “Pseudochrist” is fueled by high-octane rage, and it metes out severe punishment. It moves fast, propelled by bullet-spitting double-kicks, mutilating snare blasts, and hornet-swarm riffing. The band also enhance the ferocity of the assault with rapidly darting guitar work, hyper-speed drum fills, and some bunker-busting detonations, along with rabid growls, ravenous roars, and hair-raising screams.

They also infiltrate the song with tendrils of bleak melody and unleash a solo that swirls in a semblance of ecstatic delirium. But in the main, this is a jolting and eviscerating tirade of turbocharged barbarism, and one that’s guaranteed to give your pulse rate a swift kick.

As mentioned, Whore of Bethlehem are currently working on a new album — and looking for a label. Keep an eye on the locations linked below for more news about that, and for info about where to stream and acquire this new single.