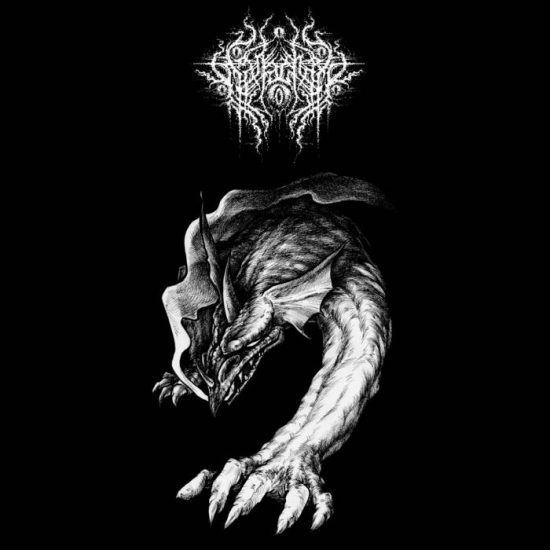 If you haven’t yet tumbled to the marvelous talents of the Italian one-man band Xanathar, today is a good day to do that. Prior to today Xanathar had released two EPs (Darkmoon and The Towers), both of them emerging last year, but today there’s a third one and it’s an eye-opener too.

What made the two previous EPs such great experiences was Xanathar‘s skill in interweaving classic ’80s doom and epic heavy metal with raw black metal and dungeon synth. It was quite evident from those releases that Xanathar really loves all those divergent stylistic influences. But just because you love a bunch of disparate kinds of music doesn’t mean they’ll work together well if you try to mash ’em up or even stand them side-by-side. Making it work requires a lot more than affection.

Xanathar made it work in those first two outings, so much so that I included a song named “The Test of Fate” on my list of 2021’s Most Infectious Extreme Metal Songs. And as you’ll discover through our premiere stream today, it works again on Gold, Black and Crimson.

The Towers included a couple of lengthy songs, in the 7-8 minute range, but on the new EP Xanathar gets even more expansive because the title song is nearly 15 1/2 minutes long. As you might guess, Xanathar packs some dramatic variations into that extensive excursion, which becomes both mythic and mesmerizing, ravaging and haunting, and altogether electrifying.

The title song’s head-hooking opening riff is grim and heavy, but there’s an air of the supernatural about it, and the ensuing solo is a spectacular piece of musical sorcery all by itself. Given the classic doom influences in that opening, you might expect the vocals to wail in gothic tones when they arrive, but they sound like a screaming mad demon instead. At about the same time the drums start blasting and thundering, and the riffing writhes in a semblance of despair.

Oh, but singing comes too — sky-high, vibrato, and falsetto — and it trades off seamlessly with those blackened shrieks, adding another element of intensity to music that has already reached heart-pounding heights. Yet the music changes dramatically in another direction, suddenly softening and weaving a wistful acoustic-guitar spell accompanied by heart-felt clean vocals.

Where the song goes next is into a grand heavy metal anthem of sorrow, but even there Xanathar continues alternating between extravagant, theatrical singing and tortured shrieks. There’s another ravishing guitar solo lying in wait, and it deepens the feeling of melancholy in the midst of power chords, and then becomes the fuel for another blaze of breathtaking but heart-breaking glory, leading into a finale where yet another guitar solo adds an epic exclamation point and where a reprise of the song’s main riff drives it deeper into the listener’s head.

The EP’s second song “Heroes of the Realm” is much shorter my comparison, and wastes no time elevating the pulse rate with hurtling drums and skies-ablaze riffing. The richly layered guitars ring even as they soar and sear, the screamed vocals scorch the senses too, the bass creates avalanche rumbles, and the drumming adroitly morphs without slowing the track’s hell-for-leather momentum. This one is an exhilarating guitar extravaganza that’s a signal example of Xanathar‘s melding of black metal and epic heavy metal.

So, prepare to have your head spun around and press Play below:

Xanathar gives thanks to Nishendra Fernando for mixing the EP and for the drum programming (which really doesn’t sound programmed at all). As noted, Gold, Black and Crimson is being released today and it’s available digitally on Bandcamp, where you’ll also find those two previous EPs mentioned above.