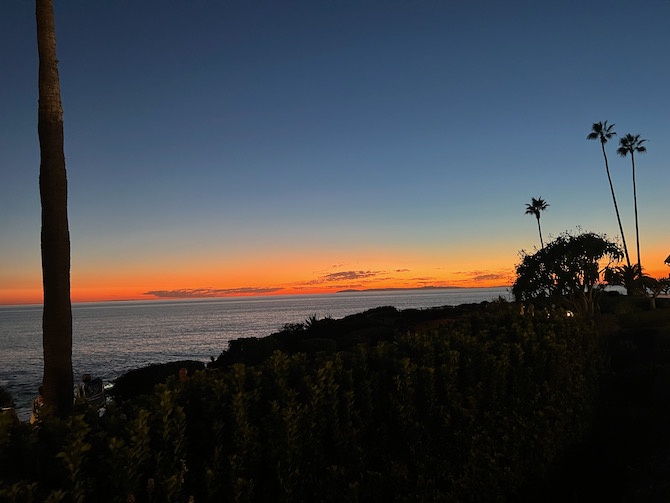 This week’s SHADES OF BLACK is shorter than usual, and follows a rare blank space at our site on Saturday, but this whole weekend has been out of the ordinary.

I used to joke that my day job was operating as a drug mule and/or a secret adviser to world leaders desperate for solutions. In fact it’s more mundane that either of those. But it has led to an anything-but-mundane weekend.

This weekend the business I work for pulled together everyone from its offices in four cities for a retreat on the Pacific coast of southern California. A swanky location, a minimum of boring speeches, good food, free-flowing alcohol, lots of congenial bonding. 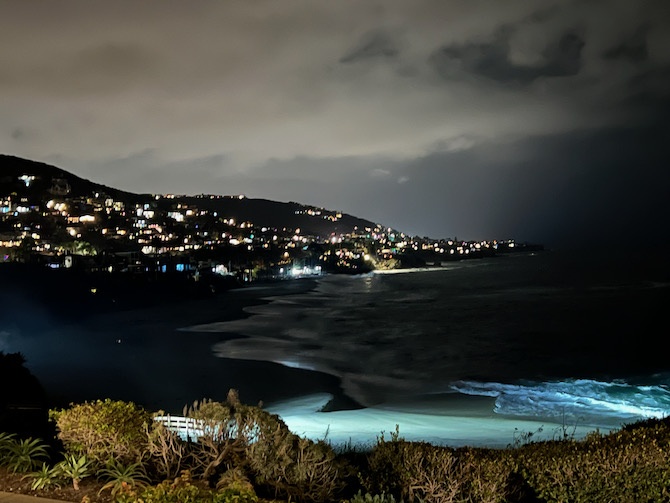 It sounds almost ideal, but it wasn’t, because the whole time I’ve been plagued with a brutally congested head.

I tested for covid before I left Seattle and tested again yesterday, and the results were negative. I can’t tell if it’s a continuing reaction to the dense smoke that plagued the Seattle area for a week before I left (it really did make me feel like shit), or if I somehow managed to pick up a head cold. Either way, my brain feels foggy, energy level is low, and my sinuses feel like someone packed them with concrete.

I skipped the afternoon recreational activities the last two days (there were lots of interesting choices, including whale-watching excursions) and slept instead. I did manage to have some fun with people at night after finally finding some medicine that made me feel tolerable.

Whale-watching wasn’t the only activity that I had to abandon. NCS was another. Until this morning I listened to no music of any kind, except the dance music a DJ was cranking out last night after our final group dinner gathering, and my head has been so be-fogged that the idea of writing anything coherent seemed completely unworkable, and not very interesting either. 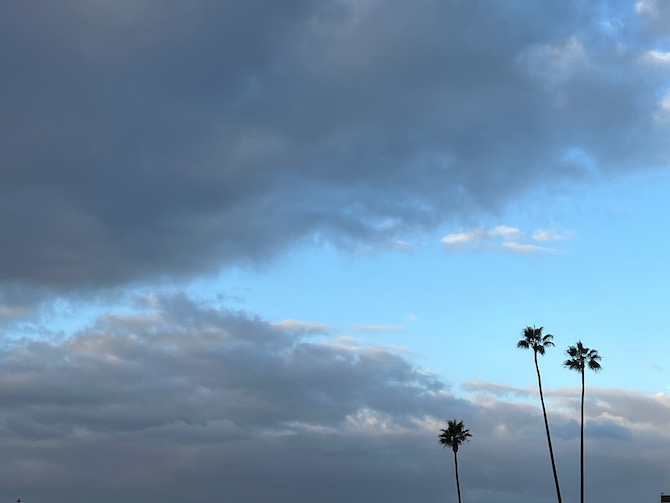 This morning really isn’t an improvement. But my flight home isn’t until mid-afternoon, I don’t have the energy to leave my hotel room, and there’s a limit to how long I could lay in bed staring blankly at the ceiling.

I wasn’t sure my head could handle the kind of music we cover at NCS, but the idea of having no posts this weekend was aggravating enough that I decided to give it a shot.

I had the typically mammoth list of new songs and videos to choose from. I thought if I stared at it too long I’d begin hallucinating. I sure as hell was in no condition to listen to even a significant fraction of it. The choices were truly random, and this is all I could manage: 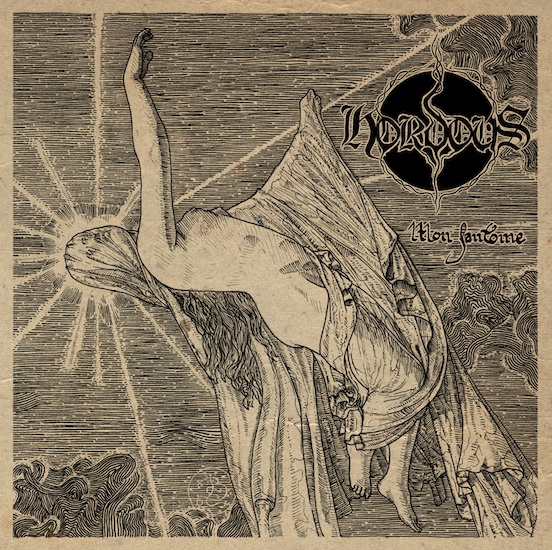 I decided to listen to this selection simply because it was the subject of the most recent e-mail to arrive in our in-box this morning.

Hordous are said to hail from the vineyards of Bordeaux, and seem to be mainly the project of  Cendres (composition, lyrics, vocals, guitars, drums), though he’s joined here by Vilsad (bass).

The materials I read, which were provided by the Transcendance label, describe their debut album Mon Fantôme as “a very complex blend of many feelings and emotions such as epic, rageous riffs, sad and brillant melodies, a touch of medieval tones and Neige-like screamings…” And further: “The lyrics are expressed in beautiful and harsh poetry, hand-written in the booklet, old parchment style.” 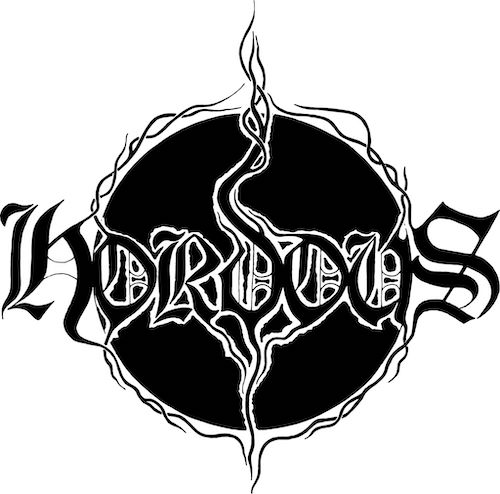 The song below is the title track, and it’s both the last of the album’s seven songs and the longest one. I would say, in a nutshell, that it’s glorious.

The music bears out the description quoted above. There is a medieval air about the slow, sad acoustic guitar instrumentals that open and close the song, and that air of ancient music comes through in some of the melodies as well.

In addition, the moods of the music change as the song progresses, though the vivid bubbling of the bass, the sharp pop of the drums, and the immersive impact of the trilling and glittering guitars remain constants. The screamed vocals are searing in their intensity, but solemn and somber singing also emerges.

As the music unfolds in great enveloping waves of sound, the moods traverse sensations of yearning and agony, despair and resilience, derangement and fury. The power is sweeping, and those moods are portrayed with grandeur. During an interlude passage about halfway through, when the pounding momentum pauses, it becomes haunting and mesmerizing, before the song resumes swallowing up the listener in spectacle again.

I could not have been luckier to choose this song as a first listen today. I’m now eager to hear the rest of the album.

Mon Fantôme will be released by Transcendance on November 2nd. The cover art was created by Ars Goetia Design. The album was mixed and mastered by Torve (Ascète, Borie de la Combe Noire). 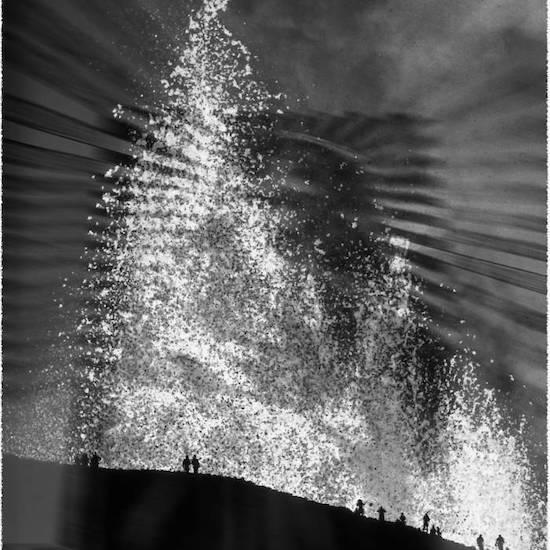 This next selection wasn’t completely impetuous. I already knew something of this project’s music, having heard and reviewed the 2021 debut EP Invocations to the Void. The startling nature of that debut ensured that I would make time for this new Tsalal release, a near-album-length demo named Agnosthesia, which came out about 10 days ago.

Though the selection may not have been impetuous, my decision to include it in this brief column was — because I’ve only listened to the new demo once and because my current befogged and bedraggled condition prevents me from writing anything thorough (or perhaps even competent) about it. I should have waited, but I haven’t.

The songs on Agnosthesia unfurl in wildly unpredictable fashion, with tempos suddenly and dramatically changing, moods veering with equal suddenness, and the amalgams of sound reaching riotous levels of variation.

The riffs in Agnosthesia are often dense, distorted, and heavy, sometimes undulating like a grim, world-encircling serpent or convulsing in spasms of madness. The guitar brays and skitters, moans and mangles, drones and drags, and wails like sirens. The drumming (and other percussive instruments) don’t follow any straight and steady path either, and repeatedly seize attention because their maneuvers are so unexpected.

The music is experimental from top to bottom, and although there are definitely some hooks in some of the riffs, this isn’t an easy listen. It’s hallucinatory and ruinous, ruthlessly abrasive and generally apocalyptic, but so fascinating that I found myself rooted in place all the way through.