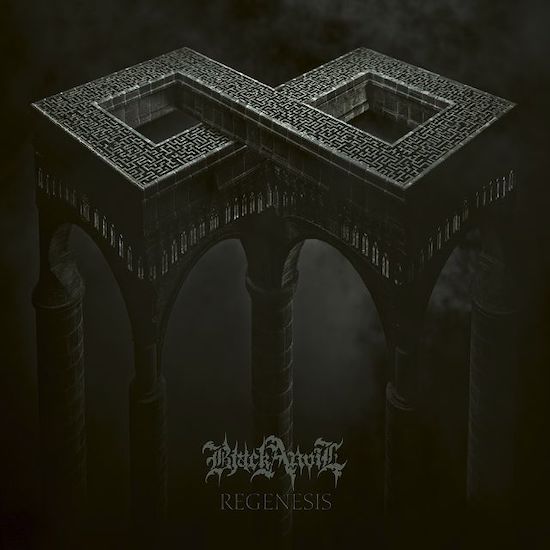 (Here we present Wil Cifer‘s review of the new album by the New York City black metal collective Black Anvil, which is due out on November 4th via Season of Mist.)

Not unlike many American Black Metal bands, Black Anvil did not evolve from a LARPing past littered with Manowar cassettes and 20-sided dice, but from the punk scene.

The band’s founding members paid their dues in the hardcore band Kill You Idols. Where many hardcore scensters felt the next cool bandwagon to jump upon would be black metal, whose European counterparts shared a similar DIY aesthetic, for Black Anvil the common ground was aggressive emotional outburst, which the band continue to refine into a sound that is just as legit as any essemblege of Scandinavian headbangers. 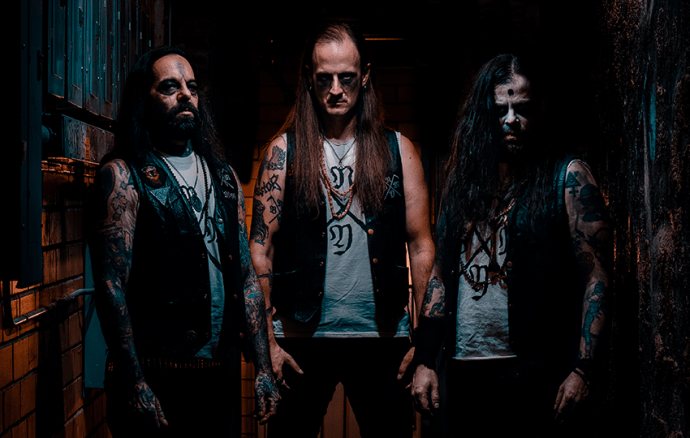 The European bands they have toured with over the years have definitely influenced these guys. Given that this band is based out of New York it speaks loudly to the integrity with which they honed their craft.

Their guitars do not just drip with venom as they ride blast beats hurtling into nowhere. Even when storming through the gates of the opening track they value dynamics and allow for things to simmer midway into the song, so the punch they pack is more effective.

Most black metal bands who are not trying to be “RAW: black metal” are done sounding like old Mayhem demos and investing in capturing quality sounds. With Regenesis‘ even more time was invested in dialing their tones in to give every instrument the space it deserves in the mix.

The expanded scope of their sound on this album now approaches the epic nature of the dark thunder a band like Behemoth make when churning new slabs of songs out in order to crush massive festival stages.

This production value shines a light on the keener sense of songwriting found on songs like “8 Bit-Terror”. This separates them from all the other black metal bands who tremolo-pick themselves into the abyss. They show their true strength when giving into their more deliberate darker leanings. 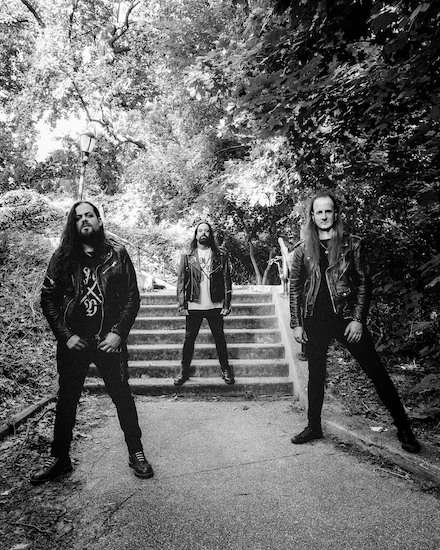 Sonically this is more powerful after all your color-by-numbers black metal, which lives and breathes blast beats, has lost the sense of danger it once had, due to the listener being at a point where we have heard it done so many times. Twenty years ago when their expression of anger felt new, there was more darkness in the shock of it. Even stalwarts like Watain or Gorgoroth have not burned the same church twice with their sound

Something as nuanced as how the sung vocals are layered under the snarled ones on “Echoes Tapestry” makes a big difference. Attention to detail is dialed up and every note has a clear purpose on this album. The vocals are not an afterthought, and each throat-rending utterance is purposeful.

There are some very original melodic moments on the chilling “NYC Nightmares”. “Grant Us His Love” splits the difference between a more feral thrashing attack and some grandiose melodic dynamics. There is a seamless flow into the title track that closes the album. Even when thrashing out they do not neglect melodic moments to allow savagery alone rule the day, by showing a commitment to songwriting.

These guys are crafting some of the most thoughtfully written black metal coming out of America these days . This album is another demonstration that melody with hooks has a place in the genre, as they might have forged their best album to date. It’s far from selling out or compromising to reach a larger audience.