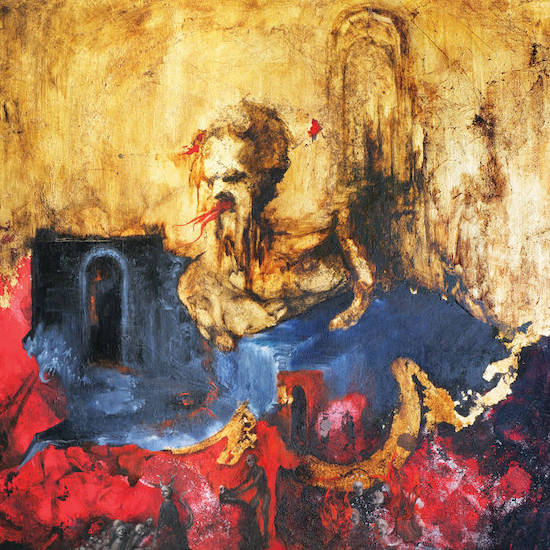 If you live someplace that observes Daylight Savings Time did you remember to move your clocks back one hour last night? I did not remember. But when I opened my eyes at 6:30 a.m. today I somehow did remember that it was really only 5:30 a.m., and I fell back asleep.

That might not have been a smart move, because I didn’t wake again for a couple of hours. Rather than use the time-change to get a head-start on this column, I’m left scrambling to get it done before too much of the day disappears. Words, therefore, are sometimes in relatively short supply, though the music is abundant.

P.S. For those of us in the US this might be the last time we have to remember to “fall back”. In March of this year the US Senate unanimously passed a bill that would make Daylight Savings Time permanent beginning in 2023. But the bill hasn’t been voted on by the House of Representatives, and time is running out for that to happen in the current session. Who knows?

In my continuing mission to help draw attention to the releases of I, Voidhanger Records, I’ve chosen to begin with the first two singles off an unusual debut album by a trio who come from Tennessee and New Jersey. The label describes their music as an “exciting combination of black metal, death metal and Russian neoclassical music, especially that of Igor Stravinsky”.

But that’s not all that kindles intrigue. The label also divulges that “oboes, bassoons and trombones assist the ultra-heavy guitars typical of extreme metal in rich and full-bodied arrangements at the service of dissonant melodies”, and it name-drops the likes of Gorguts, Krallice, Haunter, and Cosmic Putrefaction.

In a nutshell, “Variegated Stances Of Self Mockery” is a weird and wild romp. It’s thunderous and savage, ominous and unnerving, and the squirming and swiveling bits of melody that recur throughout the more propulsive segments of the song are somehow alluring in their lunacy, just as the shimmering synths make it sound hellish. When those more unusual instruments appear (along with ghostly intonations), they transform the music into an audio hallucination.

“Boreal Phrenological Despair” is just as unusual, from the strange musing arpeggio that opens it to the quivering squeals of the woodwind and the wails of the brass that join in with the galloping and battering percussion, the manic bass lines, and the torrid screams. Like the first song, this one somehow gets its hooks in the head despite how demented and harrowing it is. Like the first one, it also slows down, making way this time for a gothic organ interlude that adds to the song’s frightening impact — right before a calamitous closing convulsion of sheer madness.

The name of the album is Boreal Despair. The release date is November 18th. 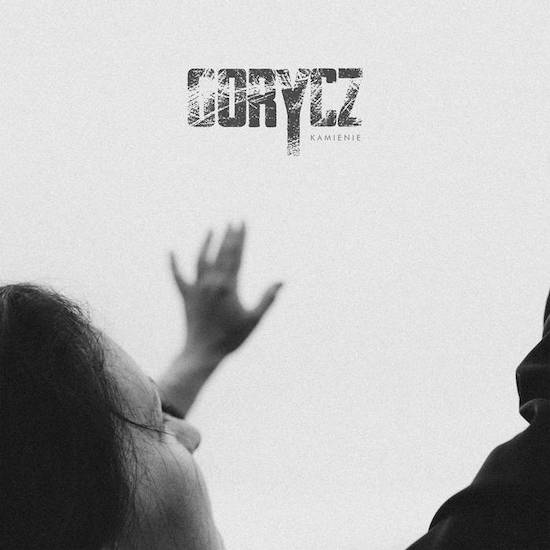 Four years after their startling debut album Plach (briefly discussed here), this Polish band whose name means “bitterness” have returned with a new album entitled Kamienie, and it is indeed a bitter experience.

To these ears, the bitterness is expressed by rage rather than a gloomy seething — rage in the mangling dissonance of the guitars, rage in the cold clanging and bowel-loosening heaviness of the bass, rage in the clobbering drums, rage in the scalding hostility of the vocals.

The music is also head-spinning, however, even in its more “stripped-down” moments (which are frequent). The rhythmic interplay is a constant source of bone-cracking and muscle-triggering fascination, and the continually mutating fretwork machinations, which include contrasts between the bell-like clarity of the twisted guitars (fractured bells, to be sure) and the depth of the gravel-chewing bass tones, are as attention-grabbing as they are uncomfortable — though the closing guitar-and-bass duet at the end of “Chcę inne oczy” is simply sublime.

The songs are richly packed with warped motifs, both rhythmic and anti-melodic, that turn out to be bizarre ear-worms. The music is so damn groove-some that I suspect you won’t be able to sit still while these ingenious maniacs do their thing, even though you may equally feel like you’ve entered a macabre dreamworld.

Kamienie was released on November 4th by Pagan Records. 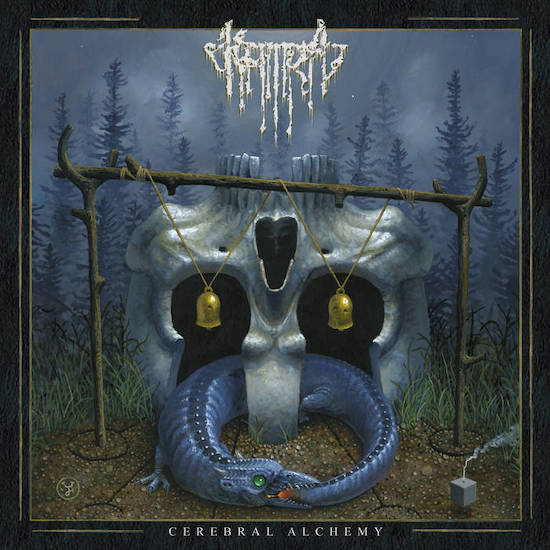 Manifold terrors await you in this next selection from the debut album of a band whose lineup has expanded from two to five since last year’s Conversing with Ghosts EP (and includes members of Siderean).

I can’t think of a more succinct or on-point recapitulation of “Death Eternal” than by referring to terrors. The wild, roiling dissonance of the riffage and the blazing energy of the blasting drums that open the song are frightening. Coupled with the wrenching torment of the vocals, the riffing rises and falls in ways that make the music sound both predatory and crazed with fear.

Gloomy spoken words combine with wailing and moaning guitars to create a different aspect of despair, and even when the beats steady, the vocal cacophony that ensues is if anything even scarier than before. The grinding heaviness of the song seems to chew through bedrock, while the deliriously whirring fretwork and horrific vocal displays send chills up and down the spine.

Kamra seem to say, “Welcome to our asylum. You can run, but there is no escape.”

The name of the album is Cerebral Alchemy, and it will be released on November 18th by Avantgarde Music. 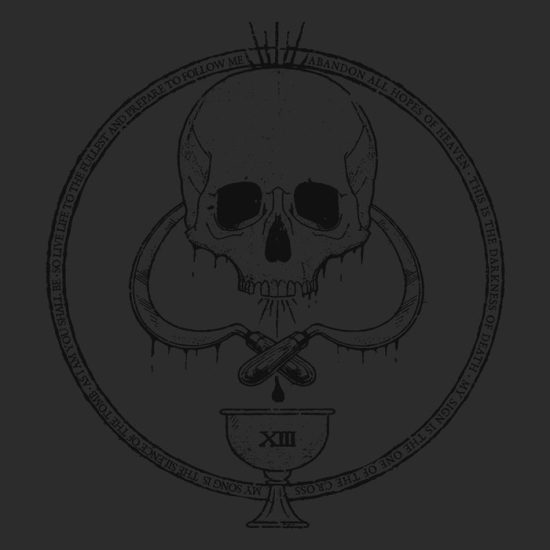 I thought the time might be right for something mercilessly calamitous, and Ritual Death filled the order with this next song from their forthcoming self-titled debut album.

The subterranean turbulence and high whining riffage that drives “Lunae” are hideous in their effects. The sound is both oppressively dismal and ruinously anguished. With vocals that sound utterly beastly and wildly unhinged, and a rhythm section that seems bent on fracturing skulls and disemboweling guts, the band are well-skilled and powerfully armed for the infliction of physical ruin, but the song is emotionally ruinous as well. The guitars seem to wail and scream, to plead and cry, like the victims of the crushing onslaught around them.

Ritual Death will be released on December 5th by Regain Records. 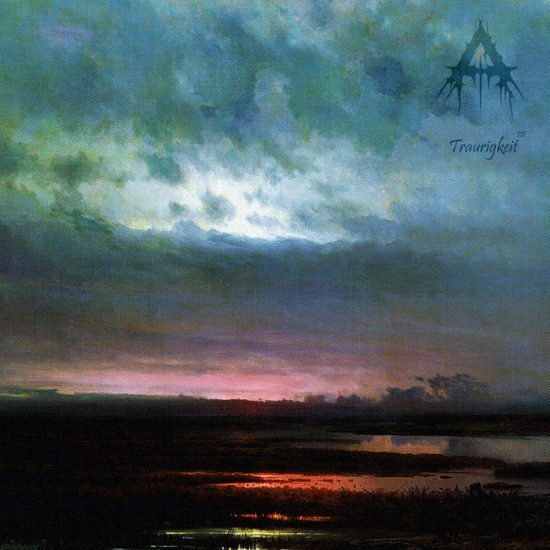 Now for a dramatic change of course as a concluding selection. This Russian solo project’s name is German for “everything will be in flames”, but the music on the latest album III – Traurigkeit is more melancholy and spell-binding than it is incinerating.

Lush symphonic strings, shimmering celestial synths, and a lead violin are at the forefront of the sound, with the grumble of the bass and the rumble of the drums almost more felt than heard. A backing of abrasive grit sometimes rides in to provide a counter-point, and occasional chugging or darting riffs make their presence known, to give the songs a visceral kick. Sometimes haunting voices emerge in the distance. Sometimes the music softens and becomes poignant and tender, and then it swells, soars, and sweeps again.

The cover painting points the way — this is cloud-draped music, but with vistas of splendor through the overcast moods.