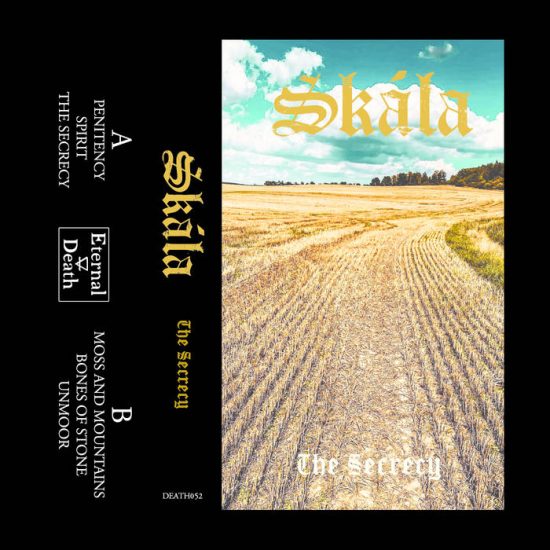 As of today listeners now have two tracks to hear from The Secrecy, a striking debut album from the black metal solo project Skála, which is set for a December 9 release on cassette tape (and digitally) by the Eternal Death label.

Why is it striking? Well, as these two songs demonstrate, the music deftly straddles many dividing lines, and frequently does so simultaneously — between abrading harshness and ringing clarity, between mourning and madness, between extreme distress and hopeless dejection, between a yearning for something vital that is vanishing and visions of fading grandeur.

In doing all this the songs are often unsettling to hear, but it’s easy to lose yourself in them, and they’re damned hard to get out of your head. What inspired them? We have this partial answer in the promotional materials: 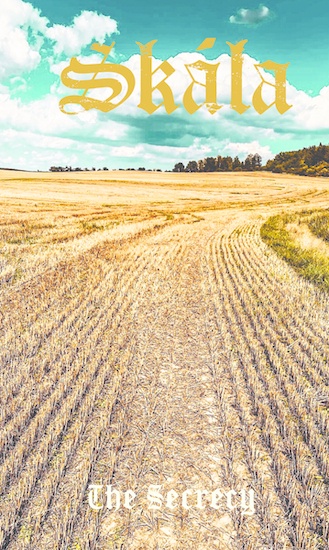 SKÁLA is a place of childhood memories. A long path winds through the fields up to it. The woods up there are overgrown with wildflowers and scraggly birches that hide mushroom groves. Through a gate of twisted saplings, you enter the main festival grounds, and all around you, dancing shapes hoot and cackle in the trees. The bonfire blazes toward the sky, casting wild shadows on the bright-orange rock walls.

With SKÁLA, Chris Danecek (Infera Bruo, Encrimson’d) has attempted to capture the essence of this mystical rock and its environs that is located in the heart of the Czech Republic. As such, The Secrecy emits an aura not unlike Czech black metal past and present: ripped-raw and grim, but not without a surfeit of splendor and mysticism – and of course, a grounding in actual heavy METAL.

As the title track shows, the music is indeed raw and rough on the ears, and it’s rough on the emotions as well. As the riffing roils and falls, and feverish wailing tones rise up, moods of bleakness and despair come through. The drums methodically chop like spring-loaded axes, and a voice snarls like a beast and screams in equally vicious tones. It’s the kind of experience that immerses the senses and harrows the emotions.

It gets more intense too, thanks to blasting drums and crazed guitar frenzies, but it also sends up a blaze of grand fanfare-chords and swirls of equally grand but ecstatic-sounding leads, warlike but exultant.

And there’s still more here — a slower movement featuring a grumbling bass and reverberating arpeggios that strangely sway (and seem almost psychedelic), as well as deep chant-like growls and music that channels deepening mystification (and misery), plus a guitar solo at the song’s closing crescendo that’s downright glorious, even though the great waves of sound again seem to manifest desperation.

“Moss and Mountains“, which we’re premiering today, immediately follows the title track in the album’s running order. The writhing riff that opens the song over rambunctious beats immediately creates a disturbing mood of anguish, perhaps mixed with confusion, and the warmth of a prominent bass creates an embracing complement with those sounds, and reinforces their mood.

Like the title track, this one makes twists and turns, becoming more feverish and desperate — building tension and overflowing in bouts of boiling, grief-stricken delirium. The guitar is relentlessly piercing even as the riffing changes, and the drums crack like whips and slug like battering rams. The vocals are as serrated and savage as before, yet there’s an atmosphere of tragic grandeur in this one too.

It’s the kind of song that’s deeply stricken, and thus disturbing to hear. It may seem like a wretched and furious lament, but these scarred yet gleaming melodies still get deep under the skin, and the track has visceral punch as well.

We’ll add that these two songs don’t exhaust the fascinations of the album as a whole. There are more twists and turns in the path, and more visions, than what they alone reveal. The whole thing has a burning soul behind it, and it really is striking. It’s available for pre-order now in your chosen format.

P.S. The band’s name may refer to a remarkable rock formation called Panská skála in the Bohemian region north of Prague, a photo of which you can see here. 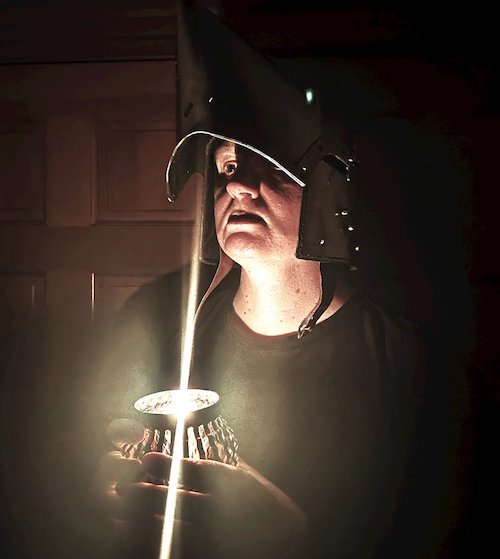 No Responses to “AN NCS PREMIERE: SKÁLA — “MOSS AND MOUNTAINS””