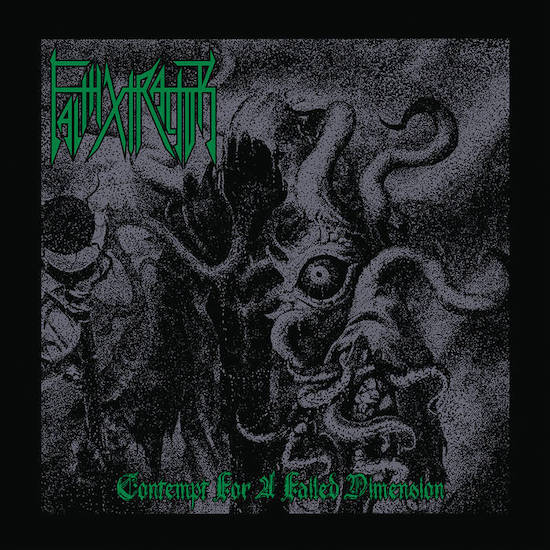 As long-time fans of metallic extremity are well aware, the revival of old school death metal that began in all its many shapes over the last decade or so has reached the proportions of a flood tide. Like other kinds of retro revivalism the results have been mixed, ranging from bland nostalgia worship to music that manages to authentically breathe new life into the old traditions without morphing them into something unfamiliar. Updated production values may be added to the mix, or a sprinkling of new ideas capable of seizing attention.

And in some cases, current bands are just so outlandishly good at what they’re doing that your thoughts don’t drift away into “hell, I’ve heard this a hundred times before”, because you’re too busy getting your head wrecked and your nerves ignited.

Which brings us, as a prime example of that, to the criminally under-noticed Faithxtractor from Cincinnati and their new album Contempt for a Failed Dimension, which will get a January 20th release through Redefining Darkness Records. 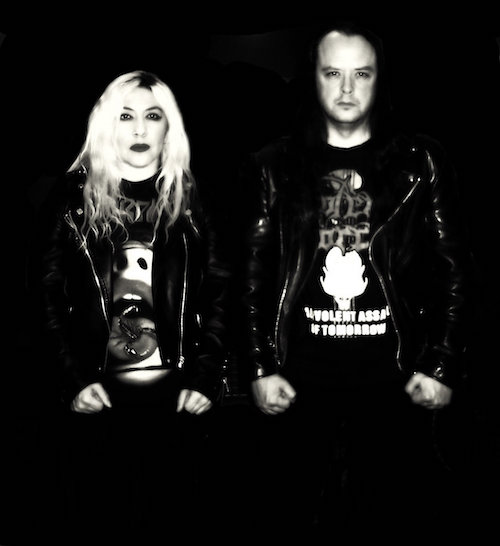 There were no great pretensions when Ash Thomas (who has an extensive resume of participation in many other bands) began this project more than 15 years ago, well before there was any trendy talk about OSDM revivalism, but there was a certain kind of ambition — to play “savage Death Metal as an assault on the pathetic meat puppet human race”.

It’s fair to say that, along with his partner in crime Zdenka Prado, he has accomplished that mission in spades. There’s no better evidence than the new full-length — as you’re about to learn for yourselves first-hand.

The new song we’re bringing forward from Contempt for a Failed Dimension is “Life Abnegation“. Thomas previews it this way:

“Lyrically this song is about the renunciation of human existence, and traversing into the darkness of death’s void. The riffs & arrangements came together quickly and naturally in a melding of speed & plodding death. Musically, I feel the song is the perfect compliment to the direct and simple finality of the lyrics.”

What you’re about to hear is an explosive and mind-mauling maelstrom of madness and monstrosity, coupled with the kind of brute-force thuggery that fractures spines, and a wailing weirdness that opens doors to nightmarish netherworlds.

In the space of less than 4 1/2 minutes, Faithxtractor twist and turn in just those ways, and more. The music maniacally marauds, blending gruesomely distorted chainsaw riffs and shrill lunatic leads with feverishly obliterating drums and a panoply of gargantuan roars and maddened screams. And it also slows and pounds with megaton force, coupled with riffs that writhe like Lovecraftian tentacles, and a spew of vocal vomit.

When the acceleration kicks in again, the soloing reaches blazing heights of convulsive insanity, and the music soars in other ways as well. When the pounding resumes, the soloing is spectral and slithering. The song continues to shift tempo gears at the drop of a hat, revealing visions of hideous grandeur and chilling wraith-like eeriness, and of course continuing to inflict a lot of groovesome punishment.

You see? This is really fucking good!

Redefining Darkness will release the record on LP vinyl, CD, and digital formats, all of it draped with the ghastly cover art made by Nayla Darkart. Pre-orders begin now:

One Response to “AN NCS PREMIERE: FAITHXTRACTOR — “LIFE ABNEGATION””