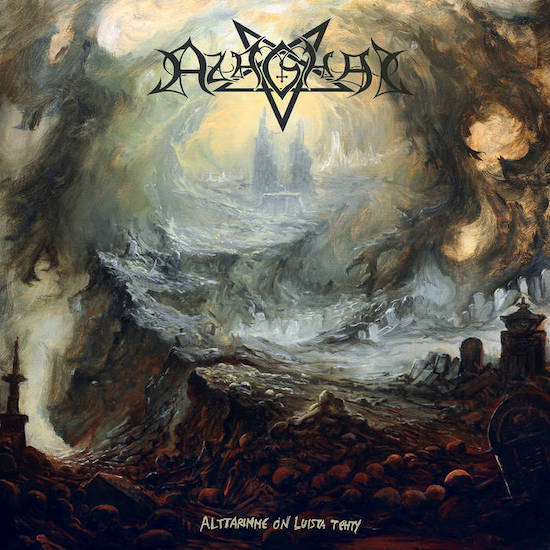 My head is clearer today than it was yesterday morning, but this column, although not exactly short, is still shorter than I’d like due to a planned mid-morning rendezvous with friends. Because time is racing away, I’ll cut this introduction off at the knees and just forewarn you that the word of the day is “whiplash”.

As these blasphemous and terrorizing Fiuns approach the quarter-century mark in their career they’ve readied a new album named Alttarimme on Luista Tehty (“our altar is made of bone”), and the first advance song from it is the one I’ve chosen as a beginning today. It turns out to be a multi-faceted piece of music, and one that passes almost too quickly. 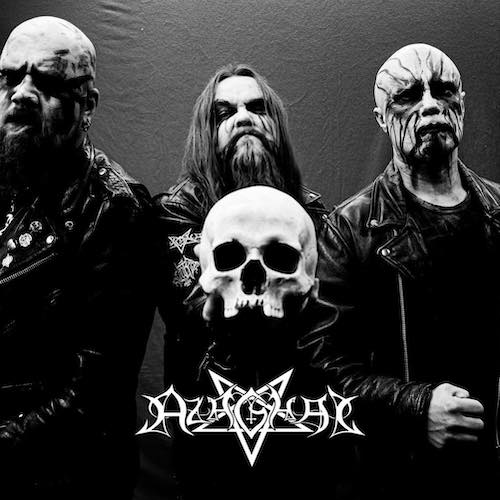 On the one hand, “Syöpäläinen” is a blazing onslaught of high-speed savagery — drums bolting and blasting in exhilarating fusillades, the guitars discharging a dense, violent sandstorm of sound, and the screaming and screeching vocals coming for your throat like a rabid beast.

On the other hand, the vivid melodic pulse of the main riff and the slowly swaying, cobra-like leads, seem to have an exotic Middle Eastern or Persian influence. They make the song into an ear-worm as well as a slaughterer.

Alttarimme on Luista Tehty, and it will be released by Immortal Frost Productions (and distributed through a big group of other world-wide labels) on February 24, 2023. 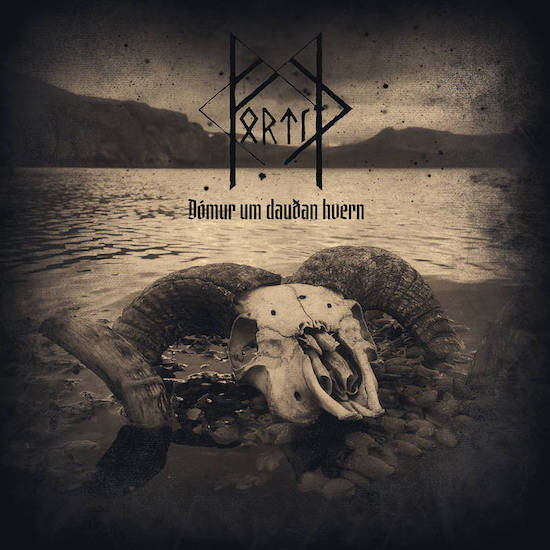 As forecast, you might get whiplash moving from the first song above to this next one from Fortíð, which is part of the fun of putting these playlists together. And, well, I couldn’t resist a video that revels in the beauty of Iceland anyway.

“Fimbulvetur” is dreamlike and dramatic, grand and gorgeous, moving slowly from mystic ambient waves to melancholy glittering guitar and keys and a musing bass, and from thence to slightly scathing and vividly jolting riffs, soaring synths, and scalding vocals. The music soars and sweeps, and fervent singing arrives. The drums snap the pulse as the song takes flight to the accompaniment of celestial choirs.

A violin darts, the drums start blasting, the voice seems to come apart in its shattering intensity, and an extended solo seizes attention with its brilliant tracery, a soulful lament that causes the heart to swell. In the finale, a piano carries the heart-rending mood of yearning forward in the midst of surging splendor.

“Fimbulvetur” is one of two songs on a new Fortíð EP named Dómur um dauðan hvern (“Judgement of Everyone Dead”), that Prophecy Productions released on November 18th. The other song, “För“, which deploys a mouth harp, a primitive beat, and a distant roaring chant in its opening, has a more ancient and pagan atmosphere than “Fimbulvetur“, but fevers burn in the music and in the gang vocals, and it begins to sound more barbaric and grim. But in its own way it’s no less mythic than the song in the video, and it’s home to another wondrous guitar solo before returning to the old ways of the opening. 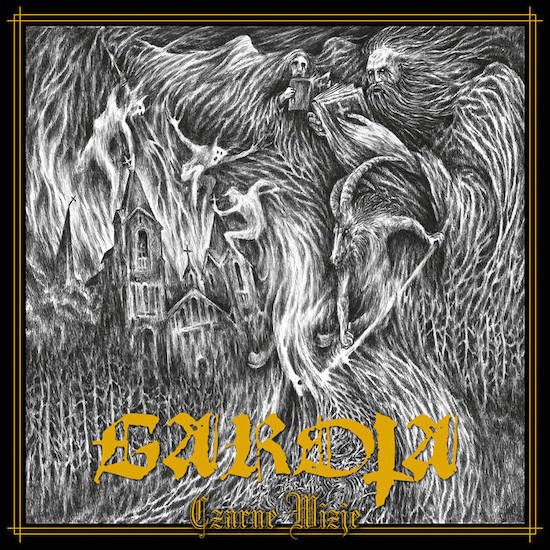 Time for another dose of whiplash as we move to the first advance track from a debut album by the Polish band Garota.

This one, “Czarne Wizje Pełne Krwi” (“Black Visions Full of Blood”), is a brooding menace that proceeds through stalking beats and a mass of sinister, deleterious riffage. It’s an oppressive and stricken experience, and remains so even after the drums start spitting bullets and maddened cracking screams torch the ears.

Even as the guitars boil in frenzied derangement and the drums cavort and boom, the song channels feelings of pain and despair. Still, it’s hard not to get carried away by it.

The name of the debut album is Czarne Wizje. It’s set for release by Godz Ov War Productions on December 9th. 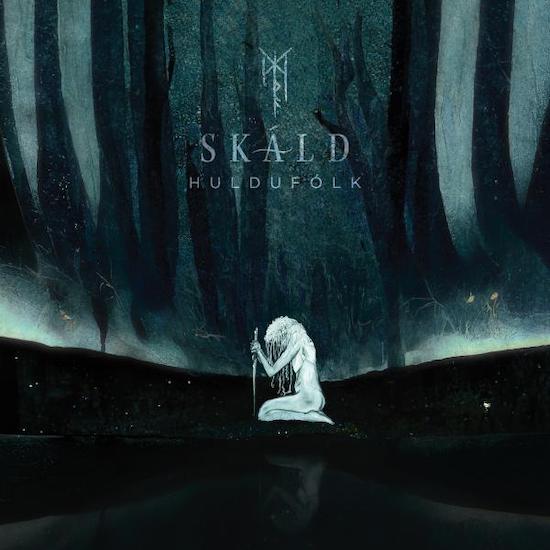 I did warn you (repeatedly) about the whiplash, and so now I turn to a fascinating and beautifully rendered video for “Troll Kalla Mik” from Skald‘s new album Huldufólk.

Meaning no disrespect to this French viking collective, the song plays into the kind of re-imagining of ancient Nordic folk traditions that makes me think of Heilung. Using big booming drums, flutes, old fiddle-like instruments whose names end in -harpa, and a range of vocals (harsh male ones and crystalline female ones), the song creates a transportive spell. 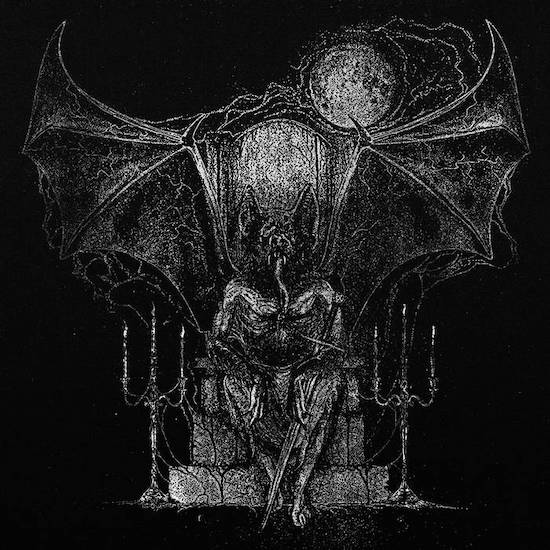 Another sharp turn in the path lies ahead, thanks to a prolific Massachusetts-based project whose over-the-top-name always makes me smile (an evil grin, to be sure). The name of the new album is over the top as well: Anti-Cosmic Doctrine Of The New Blood Gods.

I confess that I haven’t spent much time with this record, since it was just released two days ago and I didn’t get a chance to hear it before then. Summing it up isn’t easy either, because it’s frightful in many ways, and you’ll understand why I say that when you listen to just the first song, “Gazing In Abyssal Wounds of Tormented Victims“.

The feeling of eerie and otherworldly menace in the song’s opening is palpable, and so is the feeling of assaulting terror that then explodes through maniacal drums, a cacophony of unhinged vocals that shriek and bellow, and riffing that writhes, scathes, and blares. In its slower movements, augmented by symphonic-sounding overlays, it creates a feeling of sickness and horror to go along with the raw, blood-lusting violence.

In the ensuing six tracks, the mission seems to be one of making listeners as uncomfortable as possible, and to keep us radically off-balance as well. The songs change in surprising ways, and although raw black metal ferocity may be the backbone, UVSS brings in lots of other stylistic ingredients too, from bursts of jolting thrash-y chords and vivid synthetic beats to bonfires of orchestral grandeur, doses of bizarre electronics, and psychotic soloing that erupts with piercing clarity.

UVSS also picks its moments to soften the blows and send chills down the spine in a variety of ways, through dismal, moaning and groaning tones to shrill spasms of sheer agony, sonic mists of ghostly astral ambience, clanging and rippling piano keys, and a warbling child’s voice.

I’m not sure you’ll make it to the end. It’s a lot to take in, and it’s stressful in its excesses as well as fascinating. Even for me, I’m probably going to have to put some distance between me and these nightmares before I come back. But come back I will. 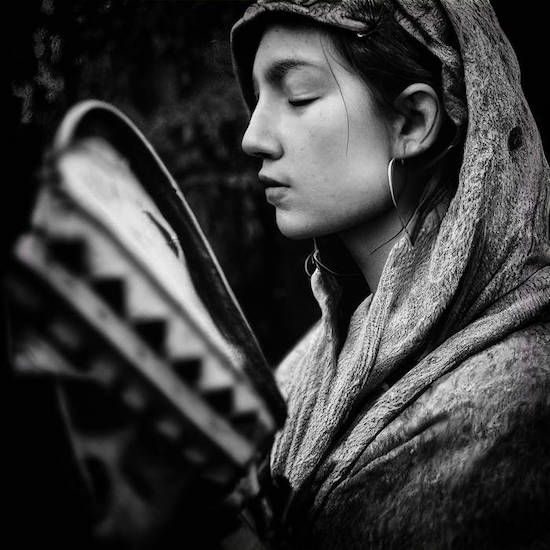 I gave up a long time ago trying to predict what Emin Guliyev would choose to do next with his Violet Cold project. It hasn’t always struck a chord with me, but I’ve always enjoyed the adventure of finding out.

Speaking of which, the latest Violet Cold single is a hell of an adventure. It pulls together a multitude of genre ingredients that span centuries. It’s includes only faint hints of black metal, but hints are all I needed to justify ending today’s column with it.

I don’t mean to make this seem like a shopping list, but what you’ll encounter in “Sülh” are compulsive hand-drum beats, startling impacts that sound like a crash and a slash, exotic flute-like and strummed melodies, gruesomely distorted words and haunting wails, menacing low-end undercurrents and unearthly swirling elevations, hard-driving EBM grooves, and demonic snarls — among other things.