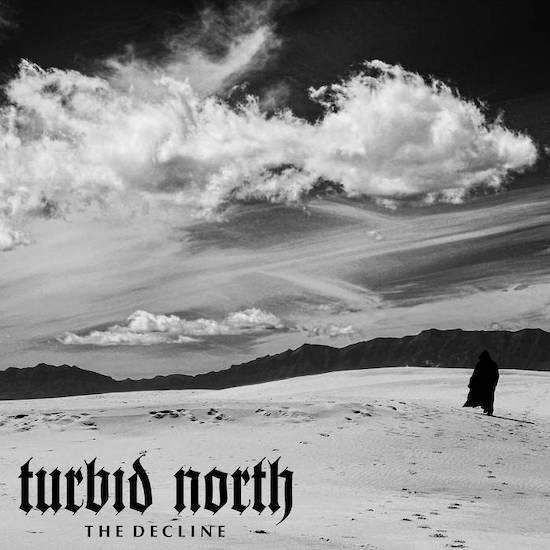 From the birth of our site (exactly 13 years ago today!) one of our founding principles was, and still is, to write only about music we enjoy and want to recommend. Of course, that doesn’t mean everything we’ve written about stands on equal footing. Based on their growth and consistent achievements we’ve put some bands on higher pedestals than others, and few have garnered the kind of praise over many years that we’ve heaped upon Alaska-born, Texas-based Turbid North (see for yourselves).

Almost exactly seven years have passed since the release of Turbid North‘s last album Eyes Alive. But even seven years weren’t long enough to dim the memory of that record, or for that matter its predecessor Orogeny (from 2011). As proof of the point, our own Andy Synn listed a new Turbid North record as one of his “most anticipated albums” of 2017… and of 2018… and probably would have continued doing that if we hadn’t scrapped the early-year “most anticipated” columns.

Well, you can imagine the burst of excitement we experienced when Turbid North at last announced that they would release a new full-length on January 20th of the coming year. 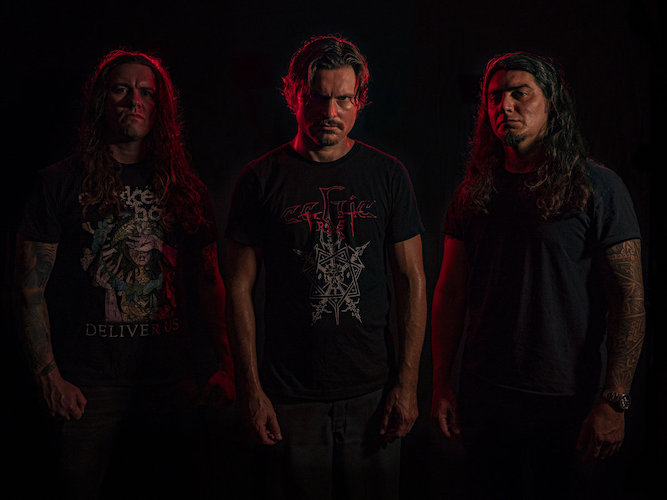 The name of the new album is The Decline. Obviously, it has been gestating for a while, and we’ve learned that it was written during an especially bleak time in the life of the band, as the album’s title signifies. It’s still set in the landscape of sci-fi lore that permeated their last album, but the inspirations are rooted in real-life struggles. As guitarist/vocalist Nick Forkel explains:

It’s all part of one story. It’s a collection of songs that delves into the downfall and self-destruction of a person. I went through some personal things that spawned this idea. Real experiences influenced these songs, lyrically and musically. It’s darker and more personal for me than any other Turbid North record.

The band — which thankfully still also includes bassist Chris O’Toole (Unearth) and drummer Jono Garrett (Mos Generator) — have previously released a video for the new album’s first single, “The Old Ones“, and today we have the pleasure of presenting a second one — called “Slaves“. As for its inspiration, we turn again to frontman Nick Forkel (who also created the new video):

“Slaves” is about being a prisoner of your own mind. We all create battles in our heads. The video is a direct homage to Blade Runner’s opening scene. That’s the vibe I was going for: Blade Runner meets Metropolis.

As for the music, we turned to Andy Synn for his impressions of “Slaves” and how it fits within the album’s journey. His answer is somewhat cryptic:

I don’t want to say too much about “Slaves”, as I intend to give this album a full and thorough review closer to the release date.

What I will say, however, is that while this song is in many ways a perfect representation of what to expect from The Decline – a diverse, dynamic blend of Grind-influenced Death Metal, Prog-tinged Doom, and hooky, swaggering Sludge – it also barely scratches the surface of what the full record has to offer, and I think quite a few of you may be surprised by certain creative choices that Turbid North have made with this album.

That being said, if you loved Eyes Alive (and I/we certainly did) then I think you’ll love this one too. Not because the band have tried to make the same album all over again, but because they’ve taken the next logical, organic step forwards with their sound.

But you’ll have to wait until January to discover what that means.

The Decline was mixed and mastered by Nick Forkel, and it’s available for pre-order now. We’ve also included that video for “The Old Ones” — which you should not miss!