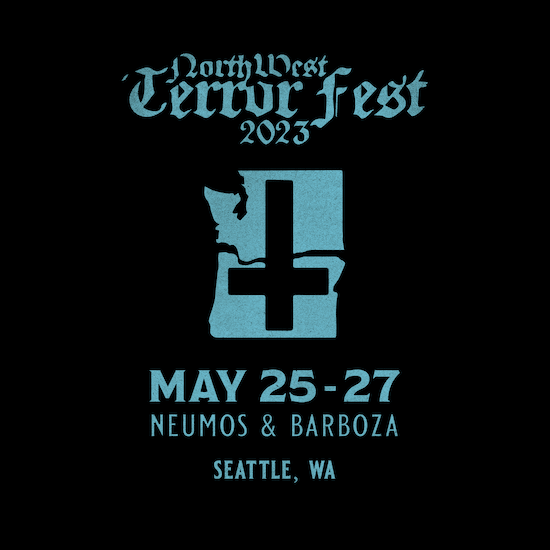 Surely there’s some software plugin floating around out there that would let us put a ticking clock on the site, counting down to 10:00 a.m. Pacific Time today. But hell, who has the time to hunt for that thing? Not us. You’ll have to set your own timer.

Why is 10:00 a.m. Pacific Time today worth paying attention to? Because that’s when Northwest Terror Fest will put a limited number of early-bird tickets on sale for the 2023 edition of the fest, which will take place at the Neumos and Barboza music venues in Seattle next Memorial Day Weekend (May 25 – 27).

And why should that matter? Because look at this line-up, which NWTF announced yesterday: 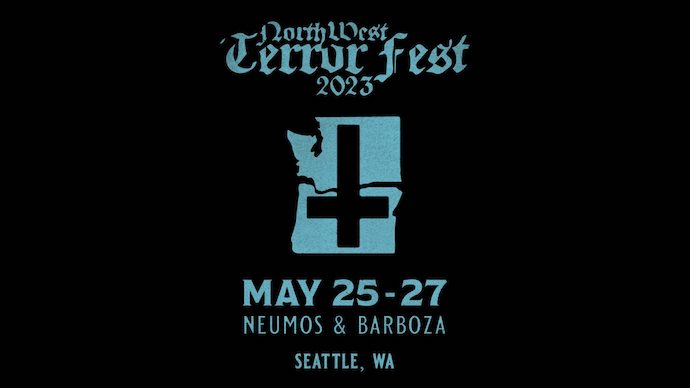 No Clean Singing is once again proud to be a lead sponsor of the festival. We’ve been itching to crow about this line-up for a while, and now we get to scratch the itch. As the press release says, “the festival will showcase extreme metal, hardcore punk, and experimental music from almost 40 acts from the heavy metal underground and beyond,” and it will again feature one of the most diverse groups of people on stage that you’ll see anywhere, and we’re very proud of that too.

For those of you who live in the U.S. Pacific Northwest, the bands above marked as “WA/OR Exclusive” means that NWTF will be their only appearance in Washington or Oregon during 2023.

For those of you who live outside the U.S. Pacific Northwest, we should also mention that Seattle is a very nice place to visit. It won’t be hard to fill days before and after the fest with other adventures.

And the weather in May has become pretty dependably excellent, one of the precious few silver linings to the immense cloud of global warming. Under a mix of clouds and sun, the average daily high temperature in May over the last five years has been 69°F and the average overnight low was 52°F; the temps at the end of May are even more pleasant. On average, the probability of precipitation also drops to 29% by the end of the month. (The source is here.)

Well, enough about the weather. Let’s get back to those early-bird tickets. This is no hyperbole: Those tickets will sell out fast, in part because there won’t be a lot of them put up for sale today and in part because the price will go up afterward. Only full-festival passes will be available, at a price of $150. When the next batch of tickets go on sale on Friday, November 25th, the starting price will be $175 for another limited run, and when those are gone the price will increase again.

Important note: Northwest Terror Fest wouldn’t mind making a profit to help bankroll the next edition of the fest, but that’s not what drives the pricing. The prices are set to try to cover costs, and that’s it. Those costs are of course a function of the caliber of bands we’re after, and you can tell from the line-up that the caliber is high.

And with that, we’ll leave you with the ticket link and Chariot of Black Moth‘s great preview video for the fest, set to the music of one of the 2023 headliners — YOB.