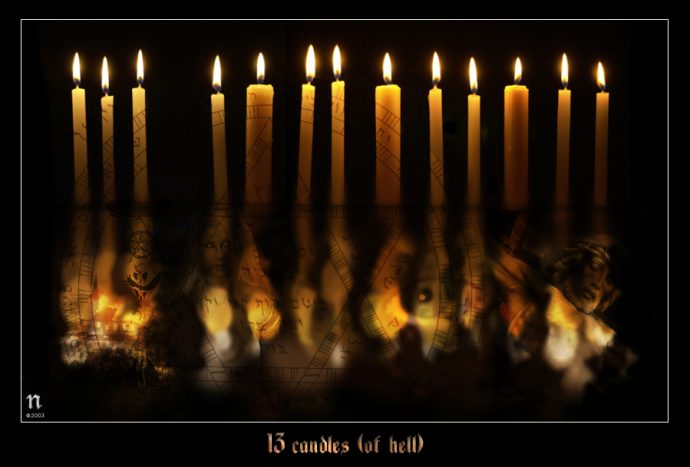 On November 21, 2009, I made the first post at this blog. On the 21st day of every November since then (except last year, when I forgot to do it until a few days later) I’ve made a post celebrating our birthday. And here I am doing it again, because we’ve survived another year.

In these annual posts I usually explain how I had no ambitions or expectations when I started the blog, nor any training or experience as a music writer, and that the sum total of my motivation was to create an enjoyable diversion for myself from the grind of daily life, and to indulge my burgeoning interest in heavy music. And there, I just did it again, albeit in fewer words than usual.

In these annual observances I also tend to reminisce about how many things about NCS have changed from the early days, and about how surprising it is to me that we’re still here. Some of you remember the early days, because you were here with us then and haven’t left. Others who have begun checking in here more recently might yawn if I indulged in that kind of nostalgia, so let’s just skip that, as I did last year too, and get right into expressions of gratitude and the annual tradition of mind-numbing statistics. 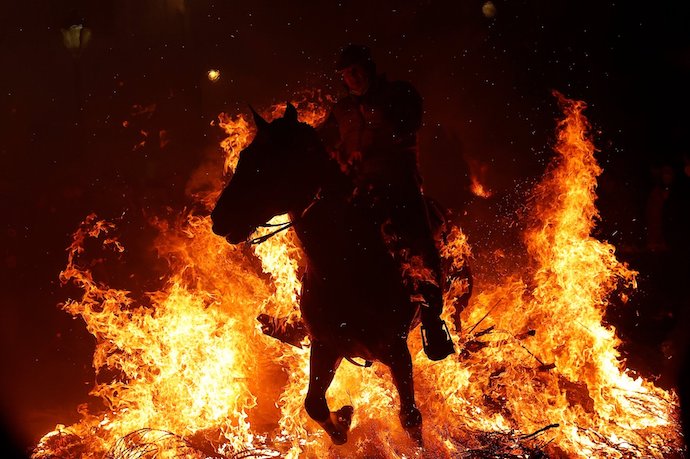 As for why we’re still here, still riding through the flames, and why our audience has grown, the most important reason (still) is that I was eventually joined by a group of other writers who seemed to care about the music as much or more than I did, and who completely bought into the guiding principles that I had adopted in starting NCS, the most important of which was that we would spend our time recommending music we believed in, and would simply ignore the music that we didn’t like or that we thought wasn’t very good, rather than tearing it down or making fun of the people responsible for it.

Many writers have drifted in and out of our cadre over these 13 years, some of whom have gone on to write for other publications or to focus on family and careers, and have remained good friends. A few hardy souls have hung in there almost as long as I have, and have become particularly close friends. And so, as usual, I’ll call them out to take a bow.

Andy Synn’s first post was a review of Dimmu Borgir’s Abrahadabra on September 23, 2010. And DGR’s first post was a series of year-end lists on December 28, 2011. They are very fine people, and for me, my friendship with them and with others who eventually joined our ranks has become the most important blessing to me of all for having done this. Their steadfastness in continuing to write for NCS without pay and despite being buffeted by the usual vicissitudes of life over so many years is something I greatly admire, and for which I’m again enormously thankful.

Another old-timer, TheMadIsraeli, still surfaces when life’s travails allow it, and he has again been subjected to recent travails that have made that difficult, but he still checks in with a review as life allows. (A search of our posts shows that his first NCS review (of an album by The Interbeing) was published on May 11, 2011),

As I look back over the last year, thanks are also in order for the contributions of many other fine folks who have also been helping us for years — among them  Comrade Aleks, Wil Cifer, Todd Manning, Gonzo, Karina Noctum, and Neill Jameson. We also continue to benefit from the contributions of relative newcomers, which this year included Hope Gould, Christopher Luedtke, Rob Tamplin, and “fetusghost“.

Another big reason why we’re still here is you, and others like you — people who find some value in our recommendations, people who enjoy the writing, and/or people who actually seem to care what we think about the releases that continue coming in a flood every week.

Even though we make no effort to make any money from NCS, I think it’s fair to say that none of us would have continued to do this if no one cared or paid attention or gave us any feedback. It’s a lot of work, and we might all have concluded that it’s time better spent in other ways if we were just yelling into a great void. Perhaps needless to say, we have a special love for people who leave comments, even if infrequently.

Since we launched NCS 13 years ago, we’ve published 14,238 posts, including this one — and 901 of those have appeared in the 12 months since our last birthday, which is significantly fewer than last year but still averages out to 2.47 posts per day, including weekends.

At this writing, we’ve received 84,489 comments since NCS began on this day in 2009, not counting spam and not counting the very, very few I’ve deleted because their toxicity exceeded even my usual hands-off attitude about comments. I still don’t reply to comments as often as I used to, but I read every one of them, and continue to be grateful for the insights, the recommendations, the humor, and the support — and for the fact that our commenters have almost always been civil to us and to each other, which continues to be a relative rarity in the realm of metal blogdom.

According to Google Analytics, as of yesterday we’ve had 293,264 active individual users over the last 12 months from all over the world. Roughly in keeping with data from past years, over the last 12 months less than half of those users (42.25%) lived in the U.S., even though NCS is based in the U.S., with 5.70% coming from the UK, 4.54% from Canada, and the balance from more than 100 other countries around the world, with Germany, China, Australia, France, Sweden, Italy, and the Netherlands rounding out the top 10, in that order over the last 12 months (which is a slightly different order than the last time I reported these stats a year ago, though the countries are the same — and I’m still perplexed about the appearance of China).

Since this time last year we’ve had 1,140,914 page views, which is a decrease of about 185,000 from last year, perhaps at least partially a result of the fact that there was a drop-off in the number of posts we made this past year and perhaps a function of Facebook continuing to tweak their algorithm so that a minuscule percentage of our FB followers see the posts we make about new articles appearing on the site, or perhaps because a few more people have decided that we suck.

Speaking of Facebook, the number of people “following” our page has grown to 49,219. I can’t see a precise count of the number of “likes” we have, and I’m not sure whether Facebook still allows people to “like” a page, so I won’t try to make that comparisn with last year. You can tell how much of a shit I give about Facebook. I’ll also remind you that because we don’t advertise on Facebook, the reach of our posts there isn’t terrific. In other words, following us on FB might not be a very good way of learning when we add content to NCS.

As we now begin our glorious 14th year of survival, I’ll once again paraphrase from Blade Runner: I don’t know how long we’ll have together… Who does? I hope we’ll still be here at this time next year to celebrate the end of our 14th year, and I hope you’ll still be here with us. It’s been a hell of a trip so far, and all of us here at NCS are excited about continuing the ride.

Stay safe, and don’t let the bastards get you down.