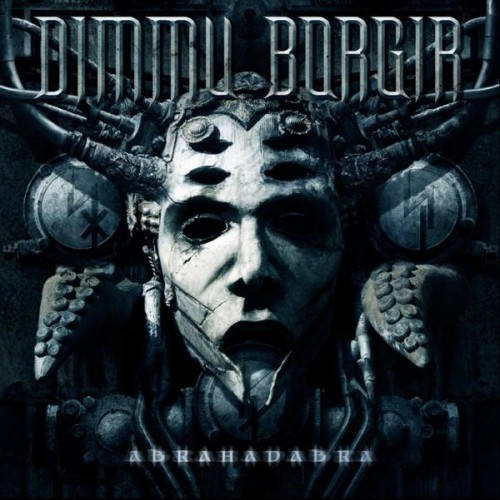 (EDITOR’S NOTE: As we’ve done on other occasions, we invited one of our readers and commenters, the UK’s Andy Synn, to write whatever his black heart desired as a guest contributor to this site, and this is his first contribution. So, apart from our earlier brief post about Revocation’s new video, we’re stepping aside today to make way for Andy’s review of the forthcoming new album by Dimmu Borgir.)

Morning/afternoon/evening all. Islander’s been kind enough to offer me an open slot for posting as and when possible, and whilst I’m working on a more substantial column I thought I’d jot down a quick review of the new Dimmu album, as I don’t expect a review of it to appear on here otherwise.

Generally I find myself gravitating more towards reviewing slightly more “major” releases  these days (and “major” is definitely a relative term here, the metal bands we all think of as “big” really, really aren’t when placed in the wider scheme of things) as I find it easier to be subjectively critical and/or complimentary about a band that already has such wide exposure. Firstly, because the smaller bands will feel the weight of a bad or badly written review far more heavily, and secondly because the more “major” releases often receive a ton of criticism from questionable sources simply by virtue of their own existence.

Now I was sincerely disappointed with In Sorte Diaboli as I felt that (vaguely sketched conceptual themes aside) their attempt to prove their mettle/metal by bringing forth the more basic metal elements ironically resulted in an album that was very forced and extremely paint-by-numbers. However I’m happy to say that Abrahadabra appears for all intents and purposes to be an album made by the three core members primarily for their own artistic reasons. (much more after the jump . . .) 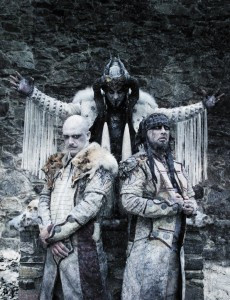 Beginning  with “Xibir”, a very well written piece of classical atmospherics and choral phrasings that nicely prime one for the general themes and directions of the album, it segues into first song-proper “Born Treacherous” with a traditionally Dimmu Borgir riff, followed by an oddly un-traditional bass-slide to set the piece going. By the time this track has finished I’ve already decided two things (which remain constant throughout the album, thankfully):

1 – The orchestration has really been stepped up a notch, 75% providing the driving melodies and themes behind a song, with the riffs and drums providing a solid metal backbone and the necessary propulsion to get the blood boiling. 2 – It’s unfortunate that Snowy Shaw didn’t remain with the group, as his bass-work is far more prominent and interesting than in the Vortex years, whilst his singing voice is surprisingly versatile, providing a new and different style of backing for Shagrath at certain points, whilst also soaring in a manner more akin to Sotiris of Septic Flesh in the more prominent spots. If anything his clean vocals actually appear far more scaled back in the mix than Mr. Vortex’s were, not necessarily a decision I agree with, but not really a problem.

“Gateways” is both the obvious single, and yet also the odd choice for a single, having more of a linear progression towards the final denouement than a traditional verse/chorus repeating pattern. It does however demonstrate the talents of new drummer Daray (Vader/Vesania) nicely, the man displaying a much more nuanced approach than Hellhammer. Oh, and after an initial shock, I found that the female vocals grew on me and might even have been welcome on more of the tracks.

“Chess With The Abyss” mixes a slightly more “Spiritual Black Dimensions” feel into the growing orchestration and also raises two further points regarding the album as whole: 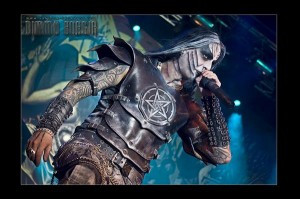 1 – It appears that Shagrath has hugely toned down the vocal processing that had become such an issue, his natural phrasing giving the lyrics a far more organic tone yet also allowing the more defined moments of processed vocals (see also closer “Endings And Continuations”) to take on a distinctly inhuman tone in direct contrast to the more normal delivery. 2 – The lyrics, both on this track and “Dimmu Borgir” seem to contain a little more bile and emotion than recent history would suggest, mainly centred around the acrimonious split between DB and their ex-members. It works to their advantage in this instance.

“Dimmu Borgir” itself is by far the most orchestrated track, recalling at times (and people will come after me with pitchforks for this one) some of the more epic, less-Disney moments of recent Nightwish, albeit with a basis in black metal (yes, there IS a basis in black metal to Dimmu’s sound, don’t argue dammit!) providing some suitably bleak and windswept melodies. Still, it’s actually turned out to be one of my favourites from the album as it’s just that tiny bit different from what I was expecting to draw my attention a little more.

“Ritualist” brings back some more of the black metal feel, that some people may have felt was lost on the last track, by proceeding in the most aggressive manner so far, Daray’s drums driving the pace ever onwards and fueling some slightly more energetic playing from Galder and Silenoz. Snowy’s bass tone is again quite noticeable (and welcome) in this track, and his clean vocals at the ¾ mark are a definite hook (although the lyrics about a “transfusion of new blood” are somewhat ironic given his own sudden departure immediately after the recording) 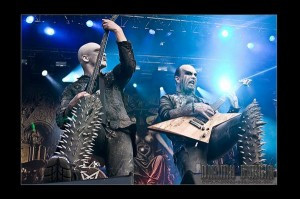 “The Demiurge Molecule” immediately presents a different vocal style at the beginning, which I believe may well be the first prominent use of Galder’s (also of Old Man’s Child) growl in a Dimmu Borgir track. In fact I’m not 100% certain, but I believe you can hear some of his contributions to backing vocals throughout the album, at times working with both Shagrath and Snowy to produce a far more natural form of vocal layering.

The whole album, so far, has come across as much more natural and flowing than perhaps any Dimmu album I can name, with less emphasis on having one member, or one instrument, carry entire parts or sections, the whole thing being more organically mixed, with far more natural sounding vocals and backing parts. There’s also a beautiful part towards the end of this song where the guitars come a little more to the fore for an “evil metal” moment, with some great bass accompaniment to set it all off.

The quality takes something of a down-turn for the next two tracks, “A Jewel Traced Through Coal” and “Renewal”; the former only really gets interesting from the 3:00 mark with a welcome orchestral break leading to a strong ending, whilst the latter begins strongly with some renewed aggression, great bass-tone and a well-written solo, only to somehow quickly lose it’s way, becoming unnecessarily convoluted and containing a prevalence of the more traditionally negative aspects of Dimmu Borgir – namely overly processed vocals and forced-aggressive black metal moments without any real direction. It’s a shame too as Snowy Shaw’s contributions after the 3:00 mark are definite highlight in an otherwise unremarkable song. 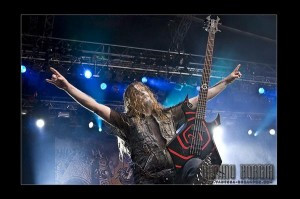 Last track, “Endings And Continuations”, however, is a great finisher, combining the sense of atmosphere developed over the rest of the album into a fitting finale. The general feel of the track is again quite reminiscent of Spiritual Black Dimensions-era Dimmu, albeit with a real orchestra, better production values and a much more grandiose sense of vision. A guest spot from one Kristoffer Rygg (Garm of Ulver fame) is the icing on the cake, his more emotive delivery offering a new and interesting piece to the puzzle.

The song also demonstrates how vocal processing CAN be used effectively to purposefully dehumanise a singer when it’s conducive to the atmosphere of the track. Once again Snowy Shaw’s bass is given some moments to shine towards the end of the song, whilst Shagrath and Garm trade off to deliciously dark effect.

Overall this is a great album, extremely cohesive and well-put together. Its strengths far outway its weaknesses, and even its two weaker tracks at least have moments of promise. The lyrics and overall concept really work to preserve a sense of otherworldy atmosphere whilst also showing a more human-level of bile and malice that has been absent from this band for some time. My only real concern is that, as always, I doubt Dimmu will be able to recreate this sense of atmosphere live – at least without a talented backing vocalist and a large orchestral production.

[EDITOR’S NOTE: Dimmu has released the “Gateways” single Andy mentioned in his review — the album as a whole won’t be released until October 12 — and Dimmu has also put out a video of the song. If you haven’t seen it yet, here it is:]

UPDATE FROM YOUR EDITOR:

The first comment below proclaims that Dimmu’s older song “Puritania” is “one of the best songs in all of metal.” As Andy correctly surmised in the intro to his post, Dimmu is not the kind of band we would have covered on this site, but that song “Puritania” is indeed hellacious. We found this fan-created video for the song, which has drawn almost 2.9 million hits on YouTube. It’s a skin-chilling montage of film footage of nuclear detonations mixed with film of Dimmu performing live, and it meshes so fucking well with this awesome song. Check it out: