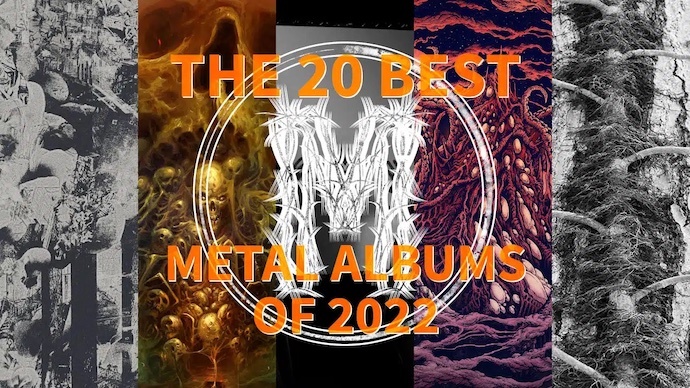 One of those sites is PopMatters. It has been in existence since 1999. In its own words the site “is an international magazine of cultural criticism and analysis” with a scope that “is broadly cast on all things pop culture”, including “music, television, films, books, video games, sports, theatre, the visual arts, travel, and the Internet”. PopMatters, which which has been independently women/LGBTQ-owned and operated since inception, claims that it is “the largest site that bridges academic and popular writing in the world”.

As in past years, last week PopMatters has published a list of “The 20 Best Metal Albums“ of the year, again under the by-line of Spyros Stasis and Antonio Poscic. You’ll find that list below.

After perusing the 2019 version of this list one of my NCS colleagues remarked, “The PopMatters list feels MUCH more like the author actually cares about what is ‘best’ and not just ‘what our readers want us to choose’”. I thought that was an astute observation that year, and I think it continues to apply. In fact, much of what I wrote about the PopMatters list last year continues to apply.

My instinct, as before, is that this will be one of the most interesting lists we’re likely to see in our growing collection of 2022 lists from print zines and “big platform” web sites. It does cover a broad range of genres, some of which will not personally appeal to every reader who comes our way, but the list again appears to be the result of genuine effort and honest thought — and it dives pretty deep. If you’re keeping count, for example, there’s only one overlap (Chat Pile) with the lists of Decibel and Revolver that we’ve shared heretofore.

Maybe it seems like a more personal list because it’s the thinking of two serious listeners rather than the result of voting by a big staff of writers (as in the case of Decibel), or the result of whatever process produced that mainly laughable Revolver list.

There might be another reason why I enjoy looking at the list. As someone who tries to keep up with what’s happening in extreme underground music, I’m usually surprised by how many entries on the PopMatters list I haven’t heard, or in some cases haven’t even heard of, but this happened to be one of those years where we gave favorable coverage to almost all 20 selections. In fact, there are only five that we didn’t manage to write about: Boris, Locrian, Petbrick, Pyrithe, and Judicator.

As usual, the write-ups by Stasis and Poscic about each of the choices are enjoyable to read, and you can find those HERE, along with stream embeds.

And so here’s their list. What do you think?

10. Judicator – The Majesty of Decay (Prosthetic)