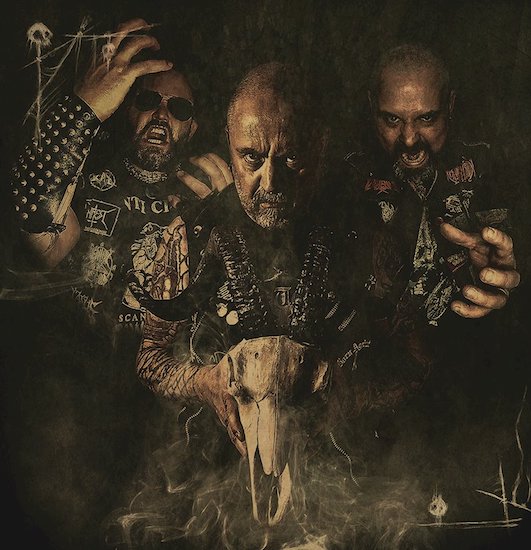 Metal is good fuel (or good treatment) for lots of moods, but way up on the list of what it’s good for is raising hell, and if you’re in the mood for hellraising, you’ll never go wrong with the Swedish band Turbocharged. They’ve been living up to their name through the course of about two decades and five albums, the most recent of which is Alpha Beast, Omega God (it hit the streets, rioting, about six weeks ago via Emanzipation Productions).

Led by the ex-Vomitory and Gehennah frontman Ronnie Ripper, with a line-up that’s been stable since their first demo release in 2008, Turbocharged have fueled their big engines with lots of high-octane ingredients, maybe Motörhead and Venom most of all, but certainly including old Entombed, Dismember, and traditions of the Swedish punk-metal movement and thrash.

They do raise hell on this newest album, and we do mean HELL. You could hardly find a better example than the album track named “Irreligious“, and that song was the band’s smart choice for the first video released in support of the record. We’re happy as hell to premiere it today. 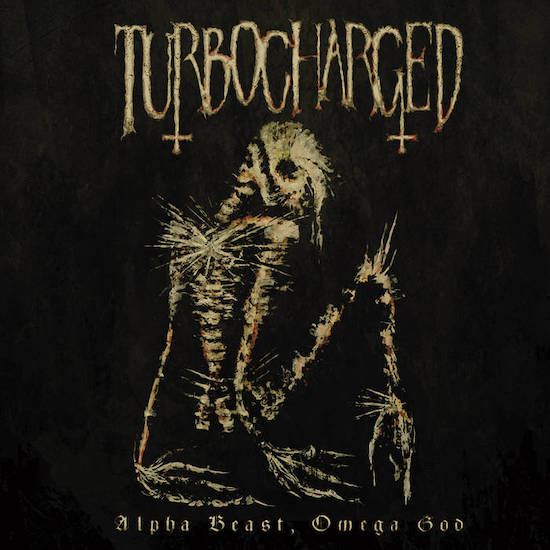 This is a mean song, like a pack of big feral dogs that haven’t eaten in a week. The drums drive hard, the dirty riffing growls and brays, jitters and slashes, and the vocals sound like the inflamed growls and snarls of a throat filled with blood and bone fragments. And speaking of hell, as pulse-pounding as the music is, it’s also palpably menacing and sinister, as well as flame-throwing and vicious.

Turbocharged also keep you on your toes, switching up the pace and the riffing in a way that will work your neck, and using the change to make the music sound both more infernally occult and more brazenly imperious.

Probably needless to say, “Irreligious” is also highly infectious. And in listening to this song, it occurs to us that it’s likely to have a strong appeal for fans of Goatwhore (one of our favorite hellraisers on this side of the water)

The video is a DIY effort by the band, and it’s a cool thing to see. Filmed from a lot of angles and with excellent lighting, it adds to both the menace and the electricity of the song itself, which is already very damned electric.

Alpha Beast, Omega Beast is home to a dozen tracks in all, and they’re all well worth hearing. To make that easy, we’re including the full album stream below. You can pick it up on black vinyl LP, CD, and digital formats now.