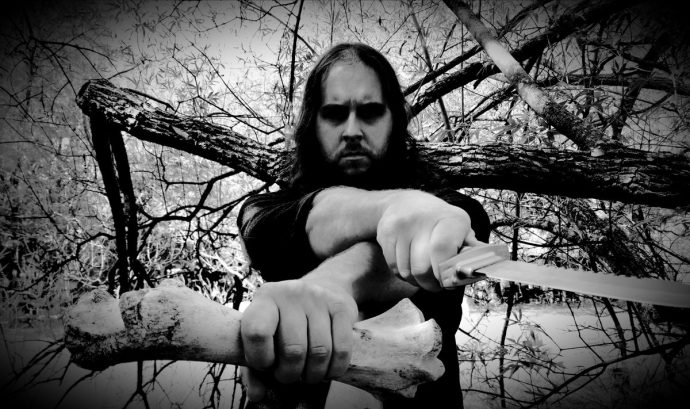 The usual Sunday routine, waking up and not preparing for church, like some unfathomable number of people around the world do, but instead knowing that I’ll spend the next couple of hours listening and re-listening to nothing but variants of black metal, including the Satan-worshiping, Christ-hating variants.

It’s a habit I’m quite comfortable with, at least when I get a decent Saturday-night sleep and keep the Saturday-night drinking at a moderate level. The task of picking and choosing from what I’ve heard creates an inner tension I could do without, but it’s the need to choose that drives the listening. I wouldn’t be making choices if I weren’t writing this thing, and if I weren’t writing this thing I doubt I’d be spending Sunday mornings listening to black metal.

But I’d probably just be making other choices, and less pleasurable ones — wash the dishes? do a load of laundry? pay some nagging bills? heat up the leftover pizza or eat it cold? dig deeper into why 1,700 seals have been found dead on Russia’s Caspian coast?

Nah, I don’t want to make those choices. I made these instead: 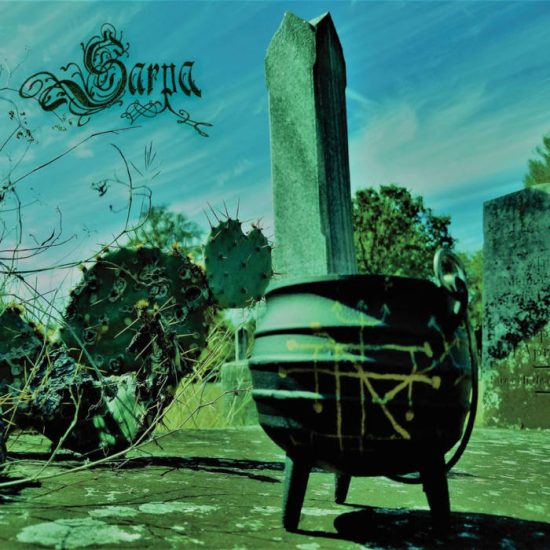 It’s always easier to get started with a single song. It’s also easier to make these columns out of nothing but single songs. Time being in short supply, I can make more choices that way than if I attempt to include write-ups about full albums or EPs. But you’ll see that today is one of those Sundays when I did mostly choose to include complete releases.

As for the single song I chose to kick this off, hang onto your hats and helms and prepare for an astonishing surprise (and a bunch of mixed metaphors).

Invoking ancient mythological names such as Charchurel, Apep, Set, and Tiamat, “Arcane Rites – Tohu wa Bohu” tells a tale of wrath and ruinous war, of fiery annihilation and the dissolution of all reality. In its music, the song is a nearly 12-minute madhouse carnival of sound, twisting and turning in dazzling and discombobulating ways.

With riotous energy and a free-wheeling creative spirit, Sarpa leads us on a wild chase through twisted realms behind racing, demon-eyed stallions of black and death metal, and a few other hybrid genre breeds. Ruination at the hands of supernatural forces may be the concept, and the song is indeed martial and savagely warlike at first, but there’s a ferocious and even joyful kind of delirium that rapidly blooms in the song’s intricate and evolving surge.

Flickering and calliope-like guitars rise up through clattering percussion and masses of boiling yet diseased-sounding riffage. Guttural growls transform into scorching howls and crazed chants. Rapid electronic pulses join together with a bubbling bass and a pinging cymbal. Guitars buzz like humongous killing hornets and swivel and swarm. Chords clang like warning bells, signaling a mainly instrumental finale in which the riot subsides and things get both head-hooking and entrancing, but pretty dark and unnerving too. 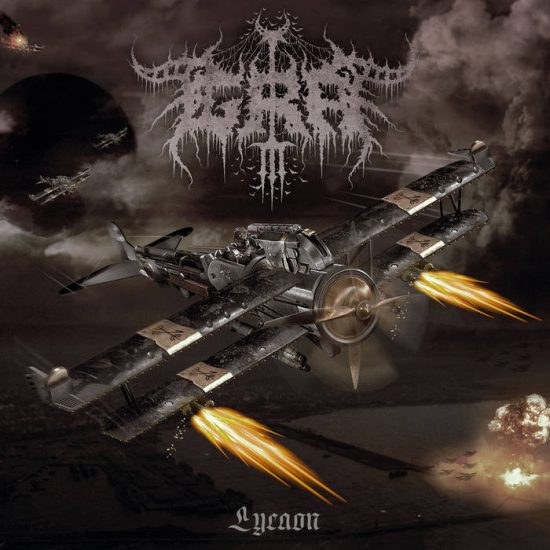 It’s almost unfair to ask anyone to follow that Scarpa song, but of course I didn’t ask permission. However, the song I forced to follow Scarpa is a hell of a very good song, too, not as twisty and turny but still a gripping and quickly addictive thriller, and it comes from a band who are an old favorite around these parts.

There may be a blazing fighter plane on the cover of Grá‘s new album, but “Flame of Hephaestus” has a primeval and occult atmosphere. At times you might imagine frightening djinns rising in splendor above vast dunes, at others you might envision them attacking in cyclonic sandstorms of savage destruction.

With the words expressed in tones of screaming and scorching vitriol, the riffing writhes and swirls in a semblance of sinister and imperious hunger above a swaggering, gut-busting bass and methodically skull-cracking drumwork, but the music also convulses through blasting drums and guitars that ring and soar even as they become fierce paroxysms of madness.

The moods of the song change as often as its intensity and wide-ranging stylistic embroidery, but it’s a riveting escapade throughout. And that’s just the first song. The others are just as much of an elaborate and extravagant sonic kaleidoscope and an emotional whirlwind as the first one.

They span a broad spectrum, entwining more genre influences that anyone could list without tedium, and creating experiences that range from melancholy and mayhem to mystery and glory, and a whole lot more. In the production, all of them feature the same blend of hard, heavy, visceral punch and striking clarity, all the better to reveal the sudden shifts in pacing, instrumentation, and vocal expressions. They’ll get your muscles twitching and your head-spinning, over and over and over again.

Honestly, Tensions is so packed with ideas and so many genre-crossing sensations (and it’s more than an hour long) that it’s a lot to take in. It was just released on December 2nd by Les Acteurs de L’Ombre Productions, and I’m still trying to wrap my head around it. And it’s unlikely to appeal to black metal purists, or maybe purists of any kind. But I have to tip my hat to people capable of conceiving and brilliantly executing such musical extravaganzas without crashing and burning. 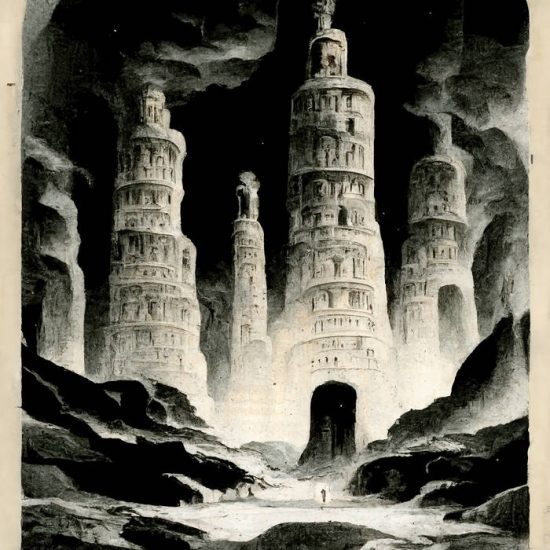 Well, once again I’m left with the conundrum of how to follow something as unconventionally dazzling as that Jours Pâles album. Again without asking permission, I decided to slot in the first of two records in today’s collection that were recently released digitally and on tape by Fiadh Productions (and in the EU by Vita Detestabilis Records). This one is a debut demo entitled With Ashen Hearts at the Sign of Dawn by a one-person atmospheric/post-black metal project named Empyrean Vessel.

Briefly described by the label as music that “goes hard with punishing riffs & an antifascist message”, the demo consists of three tracks identified by numbers instead of names. Those three songs stand out because of the emotionally powerful and head-hooking quality of the riffs, which ring from epic heights, swirl in dissonant fevers of confusion and inner turmoil, and seem to cry out in deliriums of anguish.

But that’s not all that recommends the demo. The bass work is wonderfully nimble and nuanced, and Empyrean Vessel throws in moody and wondrous digressions, where the guitars trace grieving and glittering harmonies in tones of slightly cracked chimes, or present bleak acoustic strumming. Moreover, the ranging vocals are frightening in their cold, bestial intensity and livid, rabid mania, or haunted in their stricken, wolfish wails. And as advertised, the drumming hits with visceral power, whether the rhythms are galloping or blasting or rocking.

This is an excellent first step for Empyrean Vessel, and hopefully more steps will follow soon.

A portion of physical proceeds will benefit Books for Africa. The fantastic cover art was made by Grafhýsi/H.V. Lyngdal (from Wormlust and other Icelandic bands). 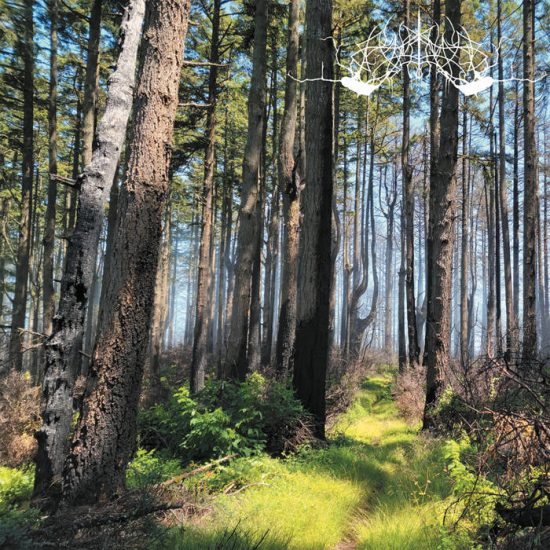 And to conclude this large Sunday column I’m recommending the second of the two recent Fiadh Productions releases I mentioned. This one is a new album by Stellar Descent named Ashfall, whose themes are nature-centric and anti-fascist. Torn by the destructive impact of climate change and the rise of reactionary oligarchs, developments that have gone hand in hand, the album represents both a protest and a call for solidarity among those who would stand against these ruinous ascendencies; the complete conceptual manifesto can be found at Bandcamp).

The album consists of a single track of more than 46 minutes. In listening you might wonder whether the song has really begun, because the first minute and a half sounds like the soft crackle of dying embers in a forest silenced in the aftermath of a horrific blaze. When the music does begin, it too is a searing, nearly out-of-control firestorm — but soon descends into the ring of grief, the screams of agony, and the softness of forlorn remembrance.

The contrasts in the album’s relentless push and pull are sudden and dramatic. At low ebb, sounds of flutes, strings, acoustic guitar, and mandolin spread wistfulness and sorrow as the embers crackle and the rhythm section thump and hum. At high tide, those melancholy ringing and bowing tones don’t completely vanish, but what surrounds them are nearly overpowering typhoons of devastating sound, or stalking and stomping beats through dense masses of writhing abrasion. In that setting, the melodies somehow seem even more haunting and beseeching than when the acoustic instrumentation has the stage to itself, and there becomes sublime.

At other crests of intensity, the shrill vibrating ring of the guitars and the elegant laments of a cello or double-bass, combined with a momentous rumble of the low end, create a feeling of vast scale and towering brilliance, even as the screamed vocals channel some union of fury and despair.

Not all the ebbs are the same, and not all crests are the same. As the long song unfolds, Stellar Descent create distinctions within each sudden alteration, finding different ways to mesmerize and maul, bringing in not just woodsy folk music but also soulful sonic visions of splendor and the inspiration of resilience — as well as a panoply of soul-shaking and shuddering calamities, bitter as well as brazen. You might feel as if you’re seated around a campfire beneath winking stars after a long day’s hike through forest kingdoms, and you might also feel like you’re running for your life, pursued by super-heated winds and hungry flames.

And so, the pattern is set early on, but even though you know the song will continue to push and pull, you’ll never be quite sure how it’s going to do that, and thus there’s not much temptation to wander away from this dynamic saga before it ends.