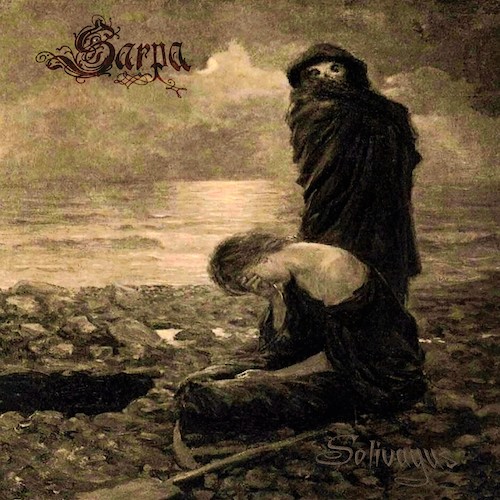 “Anguishing Reveries“, the song you’re about to hear, is an eye-popping, jaw-dropping surprise — in part because the title may lead you to expect one thing and the music will deliver something astonishingly different. The music is astonishing for other reasons besides the possible mis-direction of the title, but we’ll come to that explanation in a minute.

For now, let’s tell you that the song is the creation of Texas vocalist and multi-instrumentalist David Baxter (drummer of Plutonian Shore, ex-Skrew, ex-Škan) operating under the name Sarpa, a project that he formed in 2018. And the track appears on Sarpa’s debut album Solivagus, which will be released on June 5th of this year. Musically (to borrow from the advance press material), the album is “primarily embedded in the essence of black metal, but Sarpa throws other ingredients such as progressive rock, acoustics, old school death/thrash, and some Afro/Latin rhythms into the pot”.

And now let’s get back to the song you’re about to hear…. END_OF_DOCUMENT_TOKEN_TO_BE_REPLACED