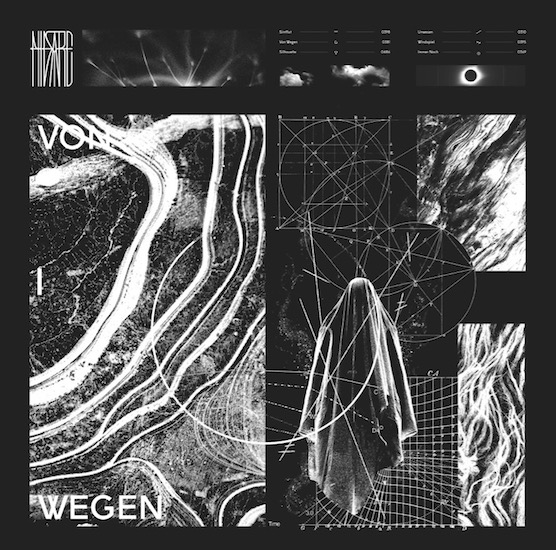 What we have for you today is the premiere of a song whose soul-stirring and soul-stricken passions are unmistakable — music of both torment and tragic beauty, rendered in a way that’s unsettling but in equal measure completely immersive and enthralling.

The name of the song is “Windspiel” (“wind chime”), and as the name signifies, the music rings, and continues ringing in the mind even after it ends. For that, we have Nidare to thank, a Berlin-based black metal band whose members came together from post metal, screamo, and hardcore outlets such as Ancst, Henry Fonda, Ast, Chambers, Afterlife Kids, rýr, and Youth Cult, and who took their name from the old German word “nidar”, which means “below”. 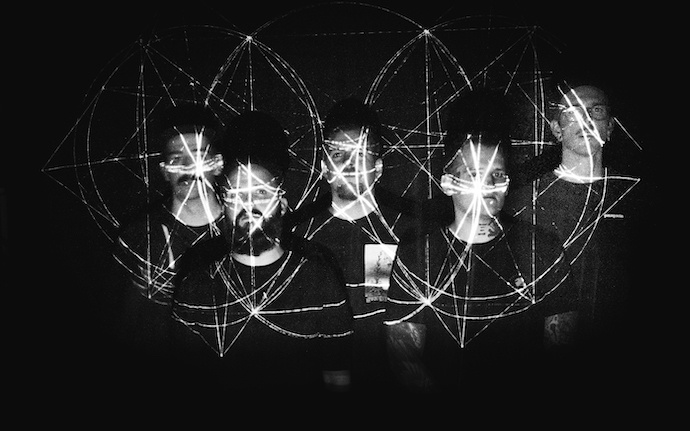 The Nidare debut album from which “Windspiel” is drawn is entitled Von Wegen, and it will soon be released by Through Love Records. It is described as an amalgamation of music that encompasses “black metal, screamo, as well as post-metal styles, all played upon blast beat driven drums that are still not afraid to go doomy”.

The guitars in the introductory passage of “Windspiel” do sound like wind chimes languidly ringing in a soft breeze, and the hum of the bass sounds like a musing mind. A high whining tone and the rapid patter of the drums injects a lively vitality into that wondering, hypnotic mood, but things do take a darker turn when the shrill tremolo’d riffing grows more feverish and rough screamed vocals scorch the ears.

The music suffuses the senses, translating lonely and crestfallen moods, but the lead guitar rings again, chiming in a kind of wistful reverie seemingly spawned by regret. Just as that experience begins to cast its own uneasy spell, the drums break loose in a tumult, the riffing swarms like the heat of confusion, and the voice becomes a scalding assault. Even when the drums keep their peace, the music blankets the senses in a dense mantle of deep, affecting sorrow.

To be sure, the music is completely captivating as well as stricken, even at the end, when the warmth of the bass and the nuance of the drumming vanish and the layered guitars cry out alone, in yearning and pain. 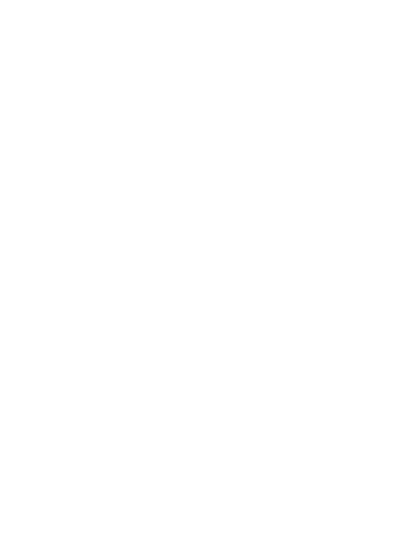 Those were our impressions from what we hear in the music, but the band give us a further insight into what inspired it:

“Windspiel (‘wind chime’) is a song addressed to one of the singer’s closest acquaintances. It’s a look on their struggles and life problems. This person is stuck in life through their own fears. Fear of the unknown and the unexpected and fear of change. There is no solution to this. No answers to be found.”

Von Wegen follows on the heels of Nidare‘s 2019 debut demo and a 4-way split-release with Welk, Argon, and Lazar in 2020.

Von Wegen will be released on CD, LP vinyl, and digital formats by Through Love Records on December 16th, and it’s available for pre-order now. It comes recommended for fans of
Der Weg Einer Freiheit and Deafheaven.