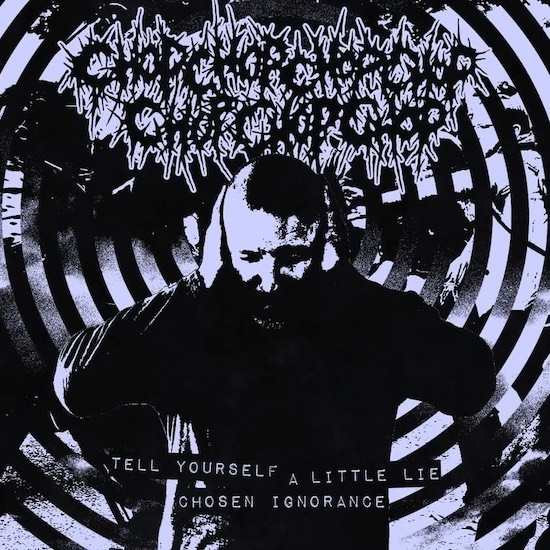 Cybergrind has become a fluid, ever-evolving genre that can be a bear to keep up with. As far as genre conventions go, there the genre seems to be over-trying to move as fast as it can to shatter conventions. But that doesn’t mean it is devoid of more straightforward projects.

Cybergrind is not a young genre, it is just a more recently utilized one. It can be mad-scientist experimental or just straight noisy digital grind. The one-man-band Chop Chop Chop Chop Chop Chop Chop (or Chop7x if you’re nasty) falls into the latter category. Noisy and harsh, the project has been on an unrelenting path and is ready to step up its game on its latest singles “Tell Yourself A Little Lie” and “Chosen Ignorance.” 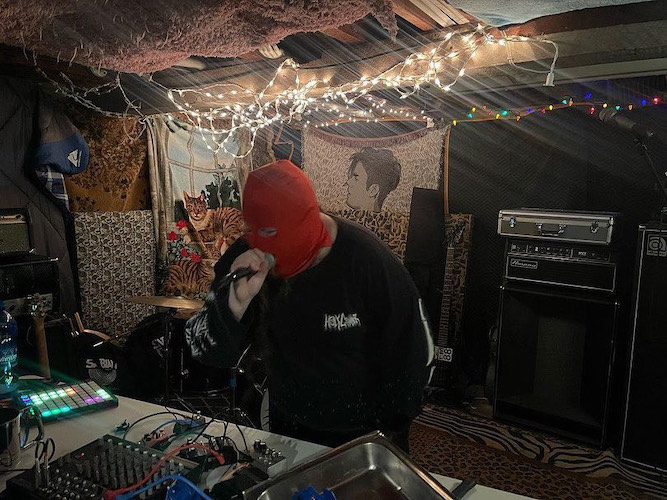 Hailing out of New Haven, CT, Chop Chop Chop Chop Chop Chop Chop has been cybergrinding since at least 2019. Having done a split with the mighty Burst Synapse and a healthy number of other releases, the project continues to sound bigger, louder, and noisier. If you get vibes of The Locust when listening, that’s no mistake. And these two singles continue to make that comparison apt.

“Tell Yourself A Little Lie” is blaring and aggressive. It comes and goes quickly but it is a beast of a track. Opening on pure blast mode, the track peels and shreds like its bursting at the seams. The drums are ridiculously heavy and punishing. Noise and digital instruments dress up the rest of the track. It is heavy and screeching; pure blasting chaos that sounds like the end of a metropolis.

“Chosen Ignorance” doesn’t take a more delicate approach but it does give some breathing room. It opens on a noisy note, screeching in slowly with the drums and bass setting a more ominous tone. You know you’re going to be attacked, it’s just a matter of when. And it does happen. The vocals enter and the track opens its attack. It is still blasting, but with a little more of a funky, almost jazzy approach. It is an ugly but catchy track.

Both of these are tracks from the upcoming full-length We Live As Ghosts, an album that should probably be a registered weapon. If you are new to cybergrind or just like grind genres, then this project is one you should be on already. It’s noisy, fast, blasting, and the upcoming record probably has blueprints for a 3D print of a tommy gun.

No Responses to “AN NCS PREMIERE: CHOP7X — “TELL YOURSELF A LITTLE LIE / CHOSEN IGNORANCE””