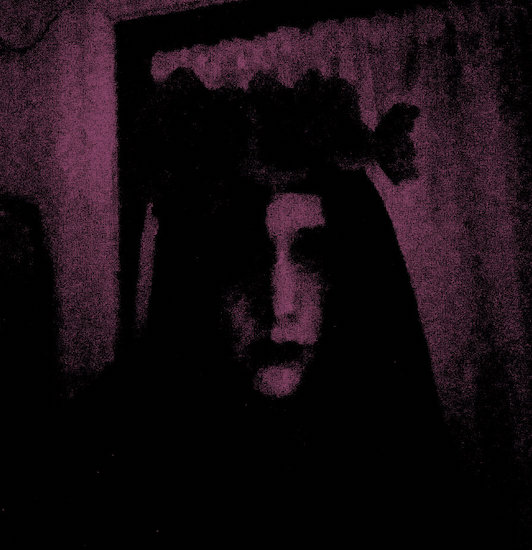 For people who showed up here expecting to find SHADES OF BLACK on this Sunday, you will find some black and “blackened” metal in this round-up, but I decided to expand the musical boundaries. I try to compile music across many metal sub-genres on Saturdays, but couldn’t manage it yesterday because of a Zoom meeting for my fucking day job that began at 8:30 a.m. and lasted until almost 1:00 p.m. It felt like the Bataan Death March except without actual deaths (though when someone dies in a Zoom call it’s not always immediately apparent).

It’s a shame that happened, because even though we’re getting very close to the end of the year, a ton of new metal continues to roll out and I really could have used two weekend columns to highlight some of the new songs and videos instead of just this one. But this one will have to do, at least for now. However, I do believe I can follow it with another one tomorrow.

You see, we decided to sort of clear out the coming week for Andy Synn‘s traditional first-launch of our staff’s year-end lists. I had agreed to do a small number of premieres during the coming week, but decided to stop accepting any others during the balance of the five days when Andy will be posting his five-part series of lists. Tomorrow is one of the days when I have no premiere obligations. And so there should be time for another round-up to follow this one. 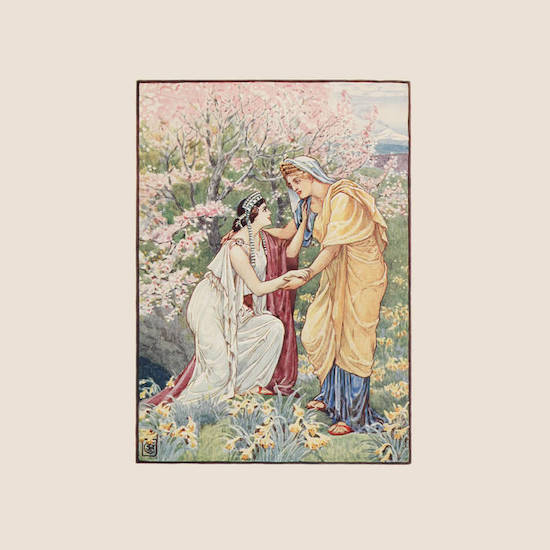 Since this column is replacing the usual SHADES OF BLACK feature, I decided to begin with black metal — one might call it symphonic black metal, but of a particularly multi-faceted breed.

The album Saturnine December was released on December 9th. It is the solo work of Melpomenë from Paramount, California, although she was aided by Iōhannēs, who performed a fretless bass solo on “Wraith”, bass on “Saturnine December”, and intro vocals on “Luna Cadens”. Kakophonix also performed the cello on that title track, which closes the album. Because of the two guest performances on that song, I decided to listen to it first.

It’s a long song, topping 12 minutes, and it builds very gradually, slowly suffusing the mind with swaths of dim vibrations as a prelude to Kakophonix‘s sad and soulful cello melody, in union with the captivating ring of a guitar against a shimmering sonic backdrop.

Things do get heavier and more harrowing, thanks to the iron clang of the bass, feverish guitar bursts, methodical percussive blows, and screaming from the next block over. The intensity continues to build as the drums thunder and blast, a guitar shrieks, and the volume swells into a blazing sonic bonfire.

There’s a feeling confusion and despair in the clarion-call of the guitar that pierces through the blaze, and then the music softens again, creating another languid spell. Ethereal synths and a strummed guitar spawn a reflective and wondering mood, and then the building begins anew, with the urgent ring of the guitar channeling a growing sense of tension. The volume swells and dense sounds swarm and abrade the mind, like a mysterious calamity.

Once again, the music softens, and indeed falls completely silent — which makes the following sonic typhoon even more startling. The guitars seem to cry out, stricken with agony above lightning-fast blasts, joined by titanic symphonic chords of daunting grandeur, leading up to one brief explosive convulsion at the end.

Hopefully, my mapping of the song’s trajectory wasn’t too exhausting to read, and might instead function as a lure that will hook your gills and pull you into the enveloping net of this album. There’s much more waiting for you, including two more ultra-long songs and three more of less demanding length.

Though I began at the end, I think it’s better for you to begin at the beginning and follow this winding path in the intended order, especially because the opening track “In the Green Petrichor” is such a wild, adrenaline-fueled stunner that it will set the hook for the album as a whole even more powerfully than my own verbosity. That song will also preview for you Antecantamentum‘s skill at changing moods, bringing you along through a haunting period of mystery and wonder and into an experience of breathtaking, soul-shaking catastrophe on a towering scale.

The balance of the album, like those opening and closing tracks, is an elaborate and altogether dazzling thrill-ride, with plenty of daunting and delicate troughs and glorious bombastic crests, and times for seductive crystalline elegance, wistful remembrance, and even joy. It becomes bone-smashing in its heaviness, frightening in its intensity, and unearthly in its astral spellcasting (among other sensations), providing a rich cornucopia of moods and sounds.

At Bandcamp you can read a moving account of how this album came to be, through challenges of many kinds, including a fire at the home of Melpomenë that nearly destroyed everything, including this album.

I owe thanks to Rennie from starkweather for recommending this record. 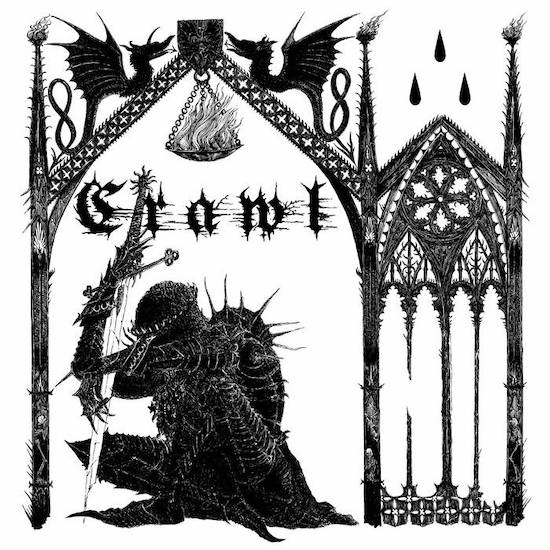 Up next is yet another solo artist (the work of Michael A. Engel, not to be confused with the numerous other bands that have used the same name), but with a very different musical disposition than Antecantamentum.

The song here, “10,000 Polehammers“, is another long-form experience, nearly reaching 10 minutes. It goes off like the fall of radioactive bombs, charring the skin and blowing off limbs, and you can hear the victims’ screams of agony. It combines gut-busting percussive blows, uber-fuzzed bass lines, sky-high swaths of tormented celestial sound, and vocals crazed by pain and cavernously distorted in their horrifying cruelty.

Gloom and doom confront the listener in this daunting descent into a nightmare abyss, with no light and no regard for any tender feelings you might have. If you need me a genre label for this ruination, Crawl calls it blackened dungeon doom.

The name of the album from which this song is an extract is Damned, and this song alone convinces me that yes, we are. Set for release by Profound Lore on February 3rd, it’s the 9th release by Crawl overall in a span of a dozen years, and it follows the release of split albums with both Leviathan and Haunter. Metal-Archives doesn’t have a place for this Crawl, but don’t let that deter you.

My thanks for discovering this go once again to Rennie, though it’s sort of like thanking someone for showing you a car crash with an up-close slo-mo view of a child being ejected through the front glass. 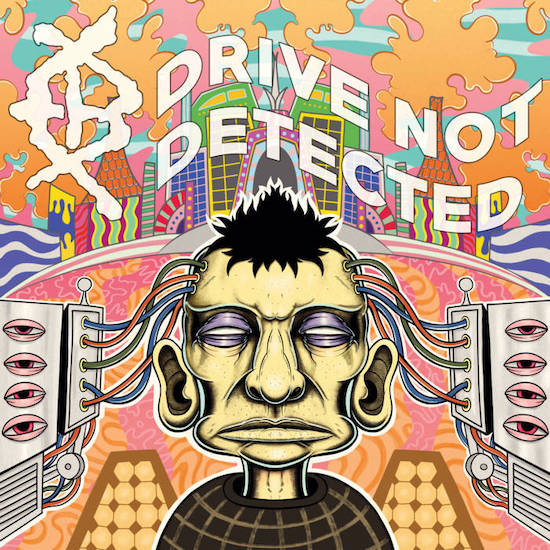 After that Crawl song, I was of two minds about how to follow it. Stay in a very bleak mold, or give you something more riotous? Endless Bore‘s new record Drive Not Detected let me do both things at once.

Over the course of 11 short songs, Endless Bore inflict a vigorous clobbering that will get pulses hammering, but they match that up with bursts of bullet-spitting blasts, bowel-gouging bass lines, riffs that are both diseased and delirious, and vocals that are red-eyed, raw, and ragged.

Those nasty, stripped-down, braying, brawling, and eviscerating riffs also often turn out to be ear-worms, even if they’re the kind of worms that mainly want to eat your brain. And the drumming, though quite effective as maiming machinery, switches gears on a dime (along with the rest of the band) and will pump your head like a piston too.

The whole thing (which is spiced up with some smile-inducing vocal samples and ends with a track that includes the wail of a lap steel) throws the listener around the room with a demonic amalgam of old-school punk, hardcore, and powerviolence. It does get as bleak as a sucking chest wound, but stirs up sweaty, bruising mosh pits in your mind, and man alive, these vocals really are violently insane (and as noxious as projectile vomiting). You can thank me from your room in the ER. 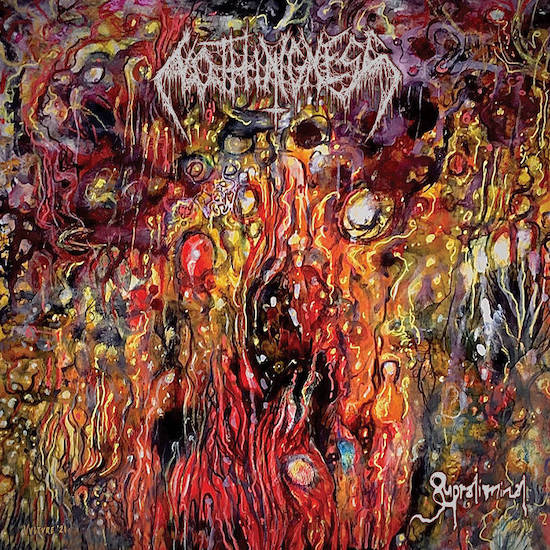 To end this first of two consecutive round-up installments (come back tomorrow for Round Two), I picked “Inviolate Viscera“, the second single off the forthcoming second album by these Minneapolis-based purveyors of body-mauling and mind-mangling death metal.

There’s a choking yet exhilarating aroma of insanity in this effusion of brute-force bludgeoning, crazed and queasy riffage, and macabre growls and screams. The guitars jitter and jab, squeal in dissonance, flicker around like tiny insects eagerly picking at decaying meat, and swarm like cutting saws wielded by a lunatic butcher. The drumming is no less confined by sanity, and no more merciful. At the end it sounds like ghosts who’ve lost their minds.

As ingeniously twisted as this asylum song is, it’s also perversely infectious. It includes an additional guitar performance by YhA of Suffering Hour and “Vibraslap” by Jubjy.

The new album is entitled Supraliminal, and it’s set for release by Everlasting Spew on January 20th. They recommend it for fans of Gorguts, Gojira, Morbid Angel, and Iniquity. The strikingly macabre cover art was rendered by Vulture / Mark Voortallen.