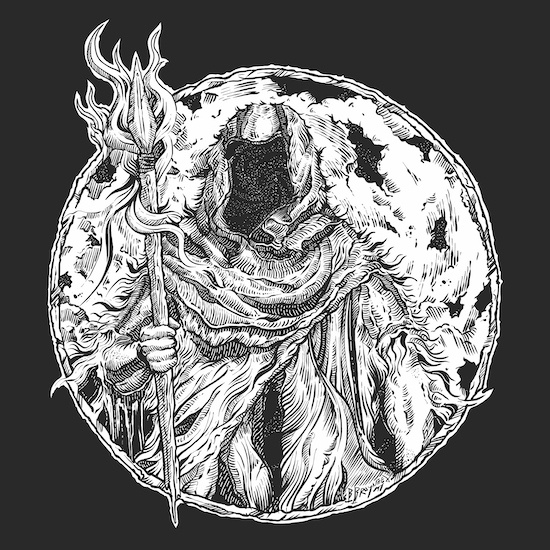 To celebrate its five-year anniversary the Dutch underground label Void Wanderer Productions will be releasing a special shirt and a CD compilation that includes songs from 10 of the label’s bands. Today we premiere one of those 10 tracks, a song exclusively recorded for the comp by the French black metal band Tattva.

This new song, “Le Déluge de l’âme“, marks Tattva‘s first appearance at our site, but it’s certainly not this solo project’s first recording. In short order Tattva has released two albums since 2020, including the 2021 record Nirjara (released by Void Wanderer) and this year’s Naraka, as well as two EPs and a split with the Oregon band Ashes of Old. 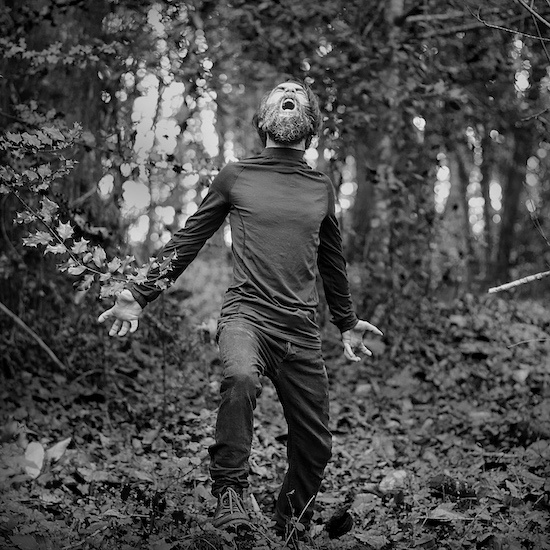 The title of the song we’re presenting today and its lyrics are in French, which unfortunately is a language we don’t know. A less-than-satisfactory translation of them via Google renders the title as “The Deluge of the Soul” and presents the lyrics as a reflection on a tormented life bruised by hatred, ostracism, and gangrenous words; a reminder that this existence is fleeting; and a desire to let the spirit fly from its burdens and away toward the heavens.

The music of “Le Déluge de l’âme” meshes with the lyrical narrative. Produced in a way that sounds mainly rough and raw, the song feels stricken and tormented, wounded and despairing, but also seems expressive of some kind of faint and perhaps forlorn hopefulness.

The ring of bells and deep monastic chants open the track in solemn, downcast fashion, and after a pause the music begins to rumble and roil, combining percussive punishment, frenzied riffing, and tortured screams from the middle distance. And the changes keep coming.

Backed by a heavy rocking beat, the layered guitars (which both dart and claw) somehow seem both bright and beleaguered, dancing and distraught, but the vocals create a harrowing harmony of distress, combining caustic shrieks and roaring growls. The rhythm slows and the drums vanish, leaving the field to the rough clang of the guitar and those agonized voices.

When the drumming resumes, the cadence is a grim march. High above, a guitar maniacally flickers, and lower down another perpetuates a metronome slash. The mood is one of bleak despondency, and at the end, Tattva returns to where the song began, creating a haunting, funereal finale.

The Void Wanderer anniversary shirt and the compilation CD will be released in February 2023. The complete track list of the compilation, which should be very appealing to devoted fans of underground black metal, is as follows:

Void Wanderer will be providing the CD for free to purchasers of the anniversary shirt or for any other orders from the label above €20. It can also be ordered separately for €3. Orders can be placed now via the links below.