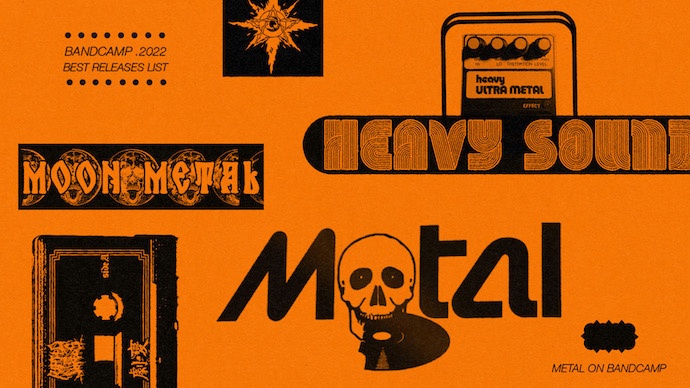 Reading year-end lists that someone other than you made tend to provoke mixed feelings of validation, perplexity (which sometimes verges into anger), and discovery. The opportunity for discovery is the main reason we here at NCS devote so much space to our annual LISTMANIA extravaganza, even though we know those other feelings will also be in the mix of reactions. The list we’re re-publishing from Bandcamp Daily will probably be no different in any of these respects.

Bandcamp, of course, has become a vital platform for the digital release of music of all stripes (and physical merchandise as well) since its founding in 2007. Bandcamp used to release an annual compilation of performance statistics, but I haven’t found a similar report since the one they released for 2017. However, the main Bandcamp page today reports that “Fans have paid artists $1.03 billion using Bandcamp, and $187 million in the last year”.

Those are staggering totals, and some part of those enormous sums has been the result of Bandcamp’s laudable decision to continue the monthly tradition of “Bandcamp Fridays” that they began during the height of the pandemic.

In the summer of 2016, the company launched Bandcamp Daily, an online music publication about artists on the platform. Bandcamp Daily regularly publishes articles of relevance to metalheads, though metal is of course only one of hundreds of music genres represented on Bandcamp. Recently Bandcamp Daily once again published its list of the year’s Best Metal Albums, again under the byline of Brad Sanders, who writes the monthly metal column for Bandcamp.

The list includes 12 un-ranked selections presented alphabetically by band name, accompanied by mini-reviews — and you can read those and listen to the music streams HERE.

Speaking for myself, I found this to be a solid list. In terms of discovery, this year I see three albums I’ve never listened to at all — the records by Blind Guardian, Sonja, and Nansarunai (whose 2021 album also made Bandcamp Daily‘s year-end list last year). I will now listen to two of those; you can guess which one I don’t care about.

At least slight perplexity also came into play when I saw Undeath, who increasingly seem to be 2022’s year-end death metal darlings among the bigger on-line platforms (I tend to agree with my friend Andy that their album was “Good” but not “Great”). And validation came from the sight of 8 albums I’ve really enjoyed, though I have no idea whether I’d put them all in my own Top 12 list if I were to make one, which I won’t.

Anyway, feel free to share your own reactions in the comments.

Hath, All That Was Promised

Nansarunai, Ruins of the Moonlight Temple