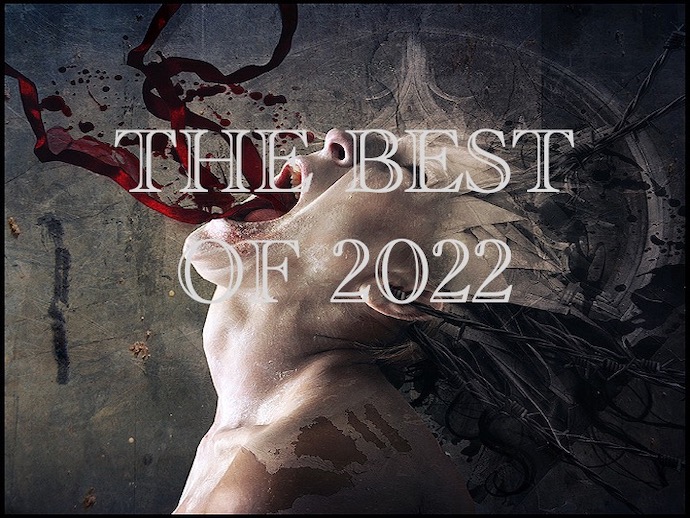 (Is it possible to capture the very best of an entire year in just ten albums? Of course not… but that isn’t going to stop Andy Synn from trying!)

This one’s for all you new people… let me explain how this works.

Unlike tomorrow’s “Personal” list, the “Critical Top Ten” is my attempt (emphasis on attempt) to inject some sort of objectivity into the proceedings by identifying ten albums which I think represent the cream of this year’s metallic crop, across as wide a spectrum of styles and sub-genres as possible.

It’s not ranked (as I’m sure you’ll notice) as it’s meant to be more of a representative sample of the year – although, I have to say, ten albums is never enough to properly cover all the bases (for example, I’d love to have included Inanna‘s Void of Unending Depths, but simply didn’t have the space).

Interestingly, this year feels like the first year in a long time where at least a couple of my selections actually align with the wider consensus, and while I’m sure there will be some complaints about the list not being trve/kvlt/underground enough as a result, for me it just says that sometimes, on very rare occasions, I’m not as out of step with the rest of “the scene” as I think I am.

PS – as always (since it’s seemed to have gone down well in previous years), I’ve included a little bonus recommendation alongside each of my main choices, just to increase your potential enjoyment! 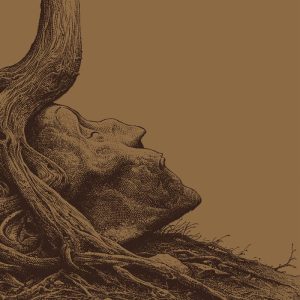 We’ll begin with an album that was basically guaranteed a spot on this list from the moment I heard it. To quote my own review from April:

“This is one unflinchingly bleak and miserable album, one which seems to have a single goal… to plumb the depths of despair and despondency further than ever done before.”

There are certainly moments of beauty scattered here and there throughout Myopia, but it’s an ugly sort of beauty, all unfiltered anguish and crippling catharsis, set to a soundtrack of scarifying, soul-scorching Death/Doom/Drone that will leave an indelible mark upon your soul, if you let it.

If you like this, try As I Cast Ruin Upon the Lens that Reveals My Every Flaw by Cavernlight. 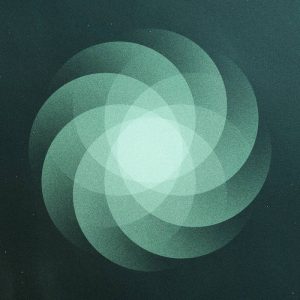 SOM – THE SHAPE OF EVERYTHING

On the flip side to the previous entry, The Shape of Everything is a shining example of pure melodic melancholy and exquisitely euphoric atmosphere, and likely to be one of the most controversial picks on this list.

Give it a chance though, because these eight tracks take every aspect from the band’s debut – the gorgeous, Alcest-inspired leads, the infectious, Devin Townsend-y hooks, the restrained, Junius-esque power of the riffs – and elevates them to another level.

To quote my review from all the way back in January:

“Make no mistake about it, this is a dangerous album. Not because it’s particularly “heavy” or “extreme”, but because it’s so irresistibly hypnotic that once it gets its hooks into you you won’t want to stop playing it, again and again. So it’s a good thing that it only seems to get better with every listen!”

If you like this, try the darker, but equally dynamic, Dimensional Bleed by Holy Fawn. 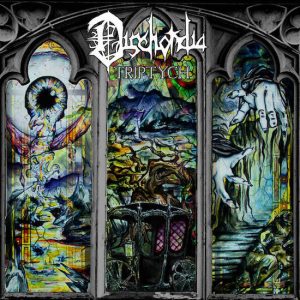 If you want something that definitely is both “heavy” and “extreme”, however, then Dischordia‘s Triptych is well worth checking out, as it pushes both those envelopes practically to breaking point across the course of just under an hour.

Let’s fact it, this ain’t your daddy’s Death Metal… but it is Death Metal, cleverly integrating elements and influences from Brutal Death Metal, Technical Death Metal and Progressive Death Metal – along with a bunch of ideas from outside the usual sphere – into something that frequently feels like you’re being attacked from all directions at once (in a good way).

Combining massive, lurching riffs and grisly, gargling vocals, dizzying, discordant fretwork and twisted time-signatures, passages of spine-tingling ambience and moments of sheer WTF, it’s a challenging et compelling – and unquestionably crushing – record that still manages to surprise me, even now, every time I listen to it.

If you like this, try the brutally brain-melting self-titled album by Artificial Brain. 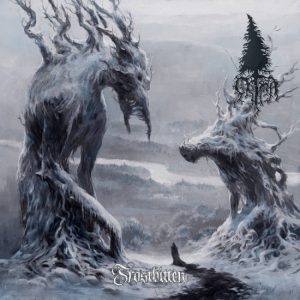 Deciding on just one album to represent the Black Metal scene this year was… hard.

So hard, in fact, that there’s another album a bit further down I’ve selected to represent the more “Avant-Garde” side of the scene, and still don’t feel like I’ve done enough.

But there’s no question in my mind that Frostbitten – an album so chilling in its clarity, so biting in its fury, so beautifully bleak in its melody, that it actively seems to lower the temperature in the room while you’re listening to it – is one of the most outstanding examples of the Black Metal arts I’ve heard this year… or any other.

Indeed, it’s the artistry of this one, all the subtle little songwriting choices they make in order to enhance their blisteringly aggressive, gloriously atmospheric assault on the senses, which really makes this album great, and one which you need to hear if you have even the slightest interest in Black Metal at all.

If you like this, try the relentless riffery and razor-sharp hooks of The Great Below by Kvaen. 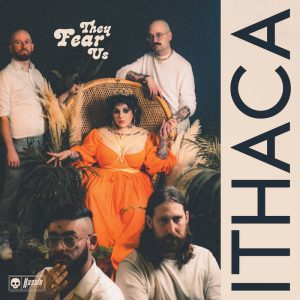 ITHACA – THEY FEAR US

While Ithaca‘s first album was… good… but not great, They Fear Us is everything the band always promised, and more… “more varied, more dynamic, and more balanced, fluidly fusing Metal and Hardcore, Prog, Pop, and more, into a captivating, cohesive whole.”

It’s the sort of album that many bands attempt to write, but few bands ever actually achieve – an outright, unashamed crossover hit that never feels forced, never feels like it’s second-guessing itself, but simply follows its heart (and this record is absolutely overflowing with real heart and raw emotion) wherever it leads.

Couple that with some absolutely stupendous songwriting and some impressive performances across the board – as well as a sense of urgency that you simply cannot fake – and you have one of the best albums of the year.

If you like this, try the punky energy and powerful emotions of Unison Life by Brutus. 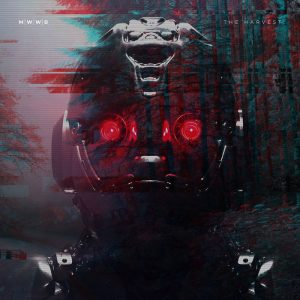 Sticking with the theme of fantastic albums by bands that should be a much bigger deal (and hopefully soon will be) we have the strikingly ambitious, stunningly infectious fourth album from Welsh wonders Mammoth Weed Wizard Bastard (hereafter to be referred to as MMWB).

Whereas there were a lot of high quality contenders for title of “Best Doom album of the Year” over the last twelve months, this one’s position at the top of the heap was practically unassailable, seeing off serious challenges from the likes of Eight Bells, Messa, and The Otolith to retain the crown.

To quote my review from May:

“The Harvest is an album of dynamic, creative contrasts, simultaneously both heavy yet ethereal, varied yet cohesive, intense yet oddly intangible, and trying to grasp it, contain it, compartmentalise it, is therefore something of a fool’s errand – this really is the sort of record which demands, and deserves, to be absorbed and experienced as one continuous, contiguous, whole.”

If you like this, try Folium Limina, the incredibly dynamic debut by The Otolith. 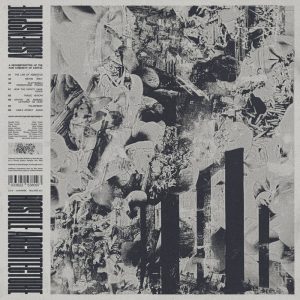 There was no question this album was going to be here.

Blending blistering blastbeats and abrasive riffs with punky rhythms, proggy percussive patterns, noir-ish passages of jazz-inspired atmosphere, and soaring symphonic ambitions, with furiously visceral vocals and savagely poetic lyrics dealing with the band’s own experience of the cruelty and inequality embedded in Scotland’s post-industrial decline, Hostile Architecture won’t be for everyone, that’s for sure, but is a prime example of what happens when a band’s music and message are in perfect sync.

If you like this, try the even weirder, but equally wonderful, Shiki by Japanese legends Sigh. 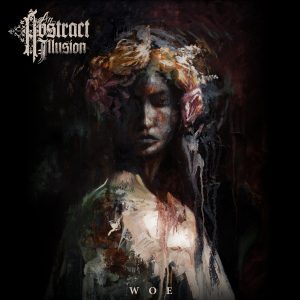 Sticking with the proggier theme established by the previous entry, what we have here is an album which finds the band not only reaching their full potential, but surpassing it on practically every level.

With its rich tapestry of electrifying riffs and eloquent leads, shimmering synths, and prodigiously powerful percussion, all topped off with one of the most creative, cathartic, and emotionally-resonant blends of gritty growls and captivating cleans that you’ll have heard all year, this is clearly the product of a band with a truly vital and unique voice and vision of their own.

To quote my review from September:

“It’s not just the use of all these differing elements – the metallic and the melodic, the extreme and the esoteric, the calm and the cathartic – which makes this album so great, it’s the way that they’re used – carefully woven together so as to flow seamlessly into one another – which ultimately makes this record far more than just the mere sum of its parts.”

If you like this, try the arguably even proggier, but no less propulsive, Ayam by Disillusion. 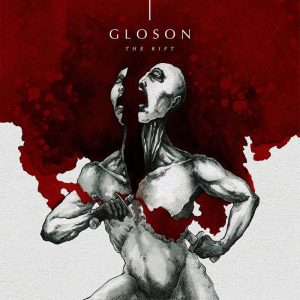 When it comes to the atmosphere-heavy approach of the Post-Metal scene it was undeniably The Rift that really grabbed the brass ring this year.

Other albums may have come close – particularly the new Hundred Year Old Man – but no-one else quite matched the sheer size and sonic density of Swedish quartet (and long-time NCS favourites) Gloson, with their absolutely gargantuan guitar sound and equally massive vocals delivering one of the most earth-shakingly powerful experiences of the year, all tinged with just enough moody melody to keep you coming back for more, again and again.

To quote my review from March:

“This is most definitely an album which doesn’t necessarily reveal all its secrets and inner workings straight away, but instead demands – and rewards – multiple listens in order to unlock everything it has to offer.”

If you like this, try the similarly stupendous Sleep in Light by Hundred Year Old Man. 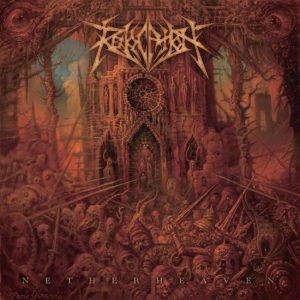 Last, but by no means least we have the rampaging riff-fest that is Netherheaven.

To quote my review of the album:

“This is Revocation at their most Revocation-y, running the gamut from riff-driven, cunningly catchy ragers like “Diabolical Majesty” and “Lessons in Occult Theft” to proggier pieces such as “Strange and Eternal” and the moody “Galleries of Morbid Artistry”, as well as a couple of unapologetic crushers (“Nihilistic Violence”, “Godforsaken”) that should renew anyone’s faith in the band’s ability to get down ‘n’ dirty with the very best of them.”

If you’re any sort of fan of Death, Thrash, or anything in between, then you’ll find something to love here, because this really is Revocation at their very best. What an absolute monster of an album.

If you like this, try the more overtly techy – but similarly riff-tastic – Divine Council by Psycroptic.