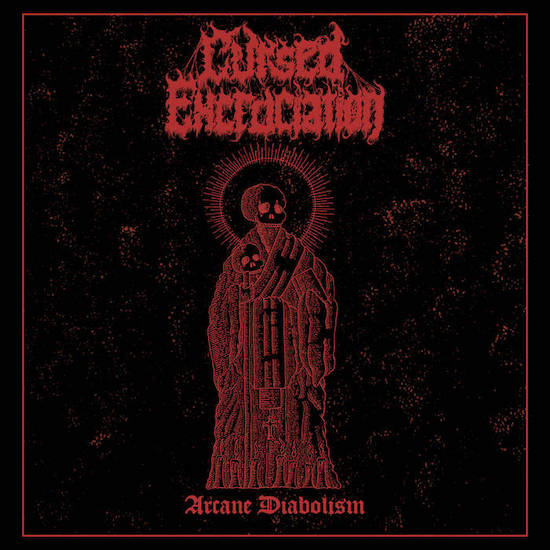 Last year Iron Bonehead Productions released Chalice of Disease, the debut album of the Brazilian solo project Trance of the Undead. “Malodorous black/death” was one of the terms affixed to that record, though in commenting on some of the music we used terms like “mind-mangling”, “unhinged”, “ear-abrading”, and “frighteningly weird”. It seemed like the true sonic spawn of Hell, ugly as sin, oppressively dense and distorted, but unexpectedly intricate in the most bizarre of ways.

It turns out that Trance of the Undead (the creator of those malevolent and malignant insults) has other methods of expression, and as the vehicle for those he chose the name Cursed Excruciation, whose debut album Arcane Diabolism the same Iron Bonehead has now set for release on January 13th. In this new guise, Trance of the Undead has pulled from the infernal wellsprings of such landmark ’90s black metal bands as Necromantia, circa Crossing the Fiery Path, and Mystifier, circa Göetia.

As an example of where this led, we’re now premiering a song fittingly named “Beast of Fire“. 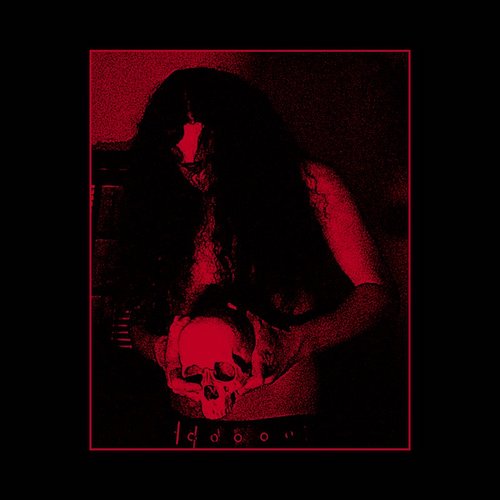 The methods and moods signaled by the album title come through in this new song, for it is indeed both arcane and diabolical.

Expelled through a guitar tuned to the tone of madness, the riffing creates a hornet-swarm of sound that’s both dismal and deranged, scathing the senses around pumping drum-pistons and macabre vocals heavy on the reverb. There’s a bit of a pause, allowing the bass to stagger, and then the cavorting lunacy, writhing frenzies, and howling hostility return.

Other things happen in the song, though none of them are anything but hellish. Beneath an overlay of weird gothic keyboards (which also played a role in Chalice of Disease), the drum-beat and the riffing seem to throb and lurch, getting goatish and carnal, or like the soundtrack to some kind of narcotic, demonic procession.

The music also convulses in even more crazed and carnivorous spasms, pierced by shrill, quivering keyboards and graced with shifting drum patterns. And there’s a witchy ethereal finale to tie off the blood-letting and the lust.

Iron Bonehead will release Arcane Diabolism on vinyl LP format, and a digital edition will be available through the band. For more info about that, keep an eye on the locations linked below — and also be sure to take in the trance-inducing ceremonial torments and the nightmare-inducing horned imperiousness of the album’s first advance track (streaming below the links), “The Sorcerer of Antioch“.

One Response to “AN NCS PREMIERE: CURSED EXCRUCIATION — “BEAST OF FIRE””