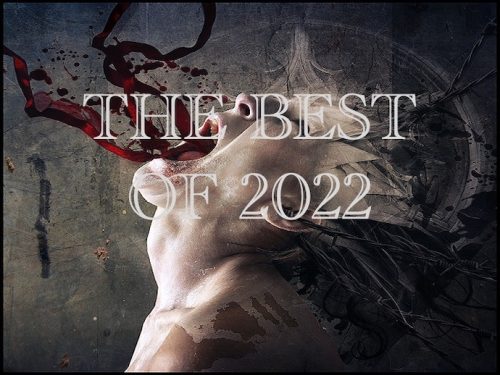 (Andy Synn finishes off “List Week”, as always, with a list of his ten favourite albums of the year)

You might expect my “Personal Top Ten” to be an easier list to make than my “Critical Top Ten“… and for the most part you’d be right. But also wrong.

Because while the top three have been pretty much set in stone for a while, the question of how to rank the rest was far more difficult, as the differences between most of these albums was often just a matter of degrees, meaning any order I had one day was likely to be completely wrong by the time I woke up on the next.

This was particularly problematic around the #10 cut off point, with the result being that there are several albums (like Krallice‘s most-excellent Psychagogue, and Feral Light‘s fantastic Psychic Contortions) that, in another timeline, could just as easily have been included if things had only been slightly different.

So what can you expect this year?

Well, while it’s definitely a Metal list (if you want to know what my favourite non-Metal album of the year was, then check this out) you can expect to see a lot of Hardcore and/or Hardcore-influenced stuff here, as well as some long-time favourites of mine whose new albums immediately shot to the top of my list, and stayed there.

It’s definitely not the coolest or most “kvlt” collection of recordings you’re going to read this year, but it’s full of artists and albums I love and hope to still be listening to years from now. 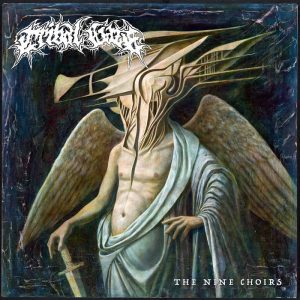 There were a lot of great debut albums released this year – I strongly encourage you to give the new Aeviterne, Doldrum, and Slowbleed records a listen ASAP if you haven’t already done so – but it was Tribal Gaze who made me most excited for the future.

After all, while I really liked the group’s 2021 EP, Godless Voyage, The Nine Choirs is such a leap forward – transforming their already vigorous hybrid of Death Metal and Hardcore into something even heavier, nastier, and subtly smarter that somehow taps straight into that most primal part of your brain to ensure that, once you start, you’re not going to want to stop listening to it. I certainly don’t. 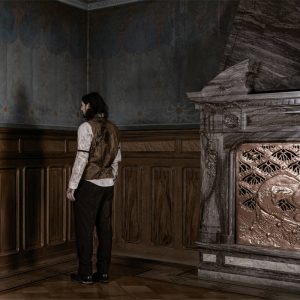 Who would have guessed that one of the very best Black Metal albums of the year would have taken the form of a forty-three (and a half) minute, single-track record, conceived as a tribute to Charles Baudelaire’s poem “Une Charogne“?

But that’s what happened, and I’ll be damned if it doesn’t just keep getting better every time I hear it, taking me on a rollercoaster ride that’s equal parts blistering Black Metal, suffocating Sludge, grisly Grind, and apocalyptic atmosphere.

Unlike a lot of the albums featured in this list it’s not a quick-hitter, or something you can just drop in and out of, as it really demands your full attention and dedication to get the most out of it. But it’s worth it, trust me.

08. DISHARMONY – GODS MADE OF FLESH 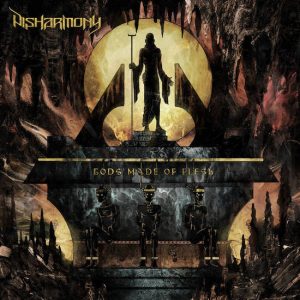 Look, ok, there’s a Nevermore-shaped hole in my heart that is probably never going to be filled. But Disharmony‘s latest album, Gods Made of Flesh, certainly eases the pain.

More importantly, it’s not just the Nevermore comparisons which make it so good, it’s the sheer wealth of pounding Prog-Thrash riffage and heroic Heavy Metal hooks (not to mention some impressive lead guitar pyrotechnics) that make practically every song here a mini-epic in their own right. 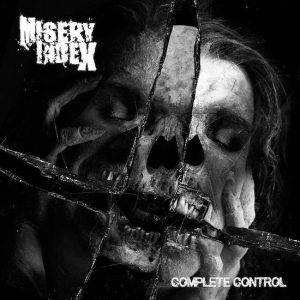 I must admit, when I heard the first pre-release single from the new Misery Index album I wasn’t sure what to think. But when I realised that the band were going for a more obviously Hardcore inspired sound… that’s when it all clicked for me.

After all, this has been a very Hardcore-oriented year for me, especially in the Death Metal/Hardcore crossover field (Lifesick‘s new album was another that only narrowly failed to make my top ten, for example) and Complete Control had the good fortune to tap into that at just the right time.

And it doesn’t hurt that these songs showcase the band at their leanest, and meanest, either. 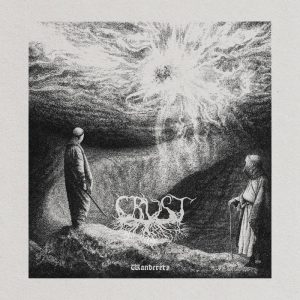 Since Crust‘s last album only narrowly missed out on my Personal Top Ten, and their latest is even better, then logically it follows that Wanderers belongs on this year’s list, right?

Well, in a word… yes. After all, it’s easily the band’s most savage album yet, one which finds them leaning even more into the Black Metal side of their sound, without abandoning their signature gloomy vibes and groovy riffs in the process.

It also showcases some of the band’s strongest, and sharpest, songwriting yet, and features – in my opinion at least – some of the downright catchiest, and nastiest, Black Metal songs of the year. 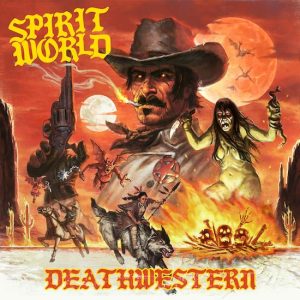 Let me tell you a story… back in July I was lucky enough to attend Northwest Terror Fest, and while standing outside chatting to a buddy of mine I happened to hear some seriously crunchy riffs, of the Thrashy/Metallic Hardcore variety, coming from inside the venue

Thoroughly intrigued, I decided to cut the current conversation short to see what I was missing… and that, my friends, was how I discovered Spiritworld.

Cut to a few months later and the band drop the utterly ferocious – and unashamedly fun – riff-gasm that is Deathwestern, and I find myself with a new favourite band all over again. What a time to be alive.

04. SPILL YOUR GUTS – THE WRATH IT TAKES 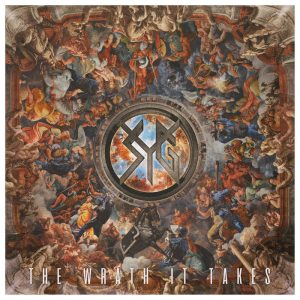 You know how I said this was a big year for me and Hardcore? Well, I wasn’t lying, and here’s another example just to reiterate that point.

Put simply, the reason I love this album so much (in fact, it was pretty much always guaranteed a place in my Top Ten, even if I wasn’t sure exactly where) is that it’s one of the most energetic and engaging albums of the year – there’s no excess fat, no wasted space, just a plethora of killer riffs and catchy hooks that never fail to hit you right where it feels good.

If you’re looking for an album that practically spits lightning and craps thunder, then this is the one for you.

03. MANTAR – PAIN IS FOREVER AND THIS IS THE END 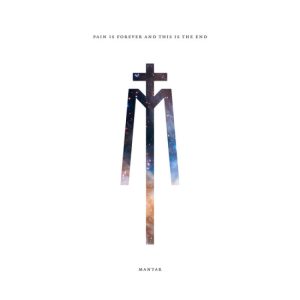 I have been one of Mantar‘s biggest fans for a long time now, so when I say that Pain Is Forever… is the band’s best work since their 2016 breakthrough album, Ode to the Flame, you should know that I really, really, mean it.

Combining their signature blend of blackened bombast, swaggering, sludgy grooves, and punky, pissed-off energy into a series of songs each somehow bigger and bolder than the last, it’s the sort of album that simply does not miss, and ensures that the “skip track” button remains totally untouched for its entire run-time.

Is it the duo’s best album? I mean, quite probably, yes. Is it their last album? I fucking hope not… 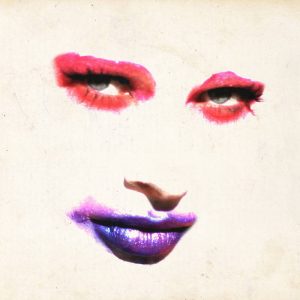 This may not be a band/album some of you expected to see here, but I know there’s a lot of our readers who, like me, have always loved this Canadian quintet’s signature brand of emotionally-driven, triple-vocalled, Punk/Rock/Hardcore, and who likely love their new album just as much as I do.

After all, Otherness is potentially the best record of the band’s career, and finds every member pouring their heart and soul into every track, from anthemic opener “Committed to the Con” and the melancholy “Sans Soleil”, to the brooding, bluesy “Dark Night of the Soul”, the raucous “Survivor’s Guilt”, and show-stopping closer “World Stops Turning”.

Just a sublime piece of work, through and through.

01. BECOMING THE ARCHETYPE – CHILDREN OF THE GREAT EXTINCTION 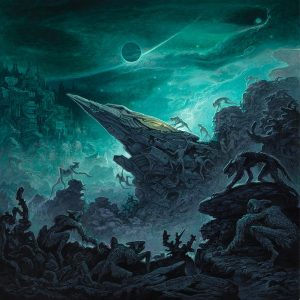 Was there ever any doubt? One of my all-time favourite bands (and, arguably, the single biggest influence on my own band) returns after an almost ten year absence, with its original core line-up, to deliver possibly their best work to date… and you thought it wouldn’t be my album of the year?

Look, there’s just something special which happens when these three – Seth Hecox, Jason Wisdom, Brent Duckett – get together that I can’t fully explain. It’s not just the way they combine massive riffs, massive hooks, and massive melodies into a sound that is, well, simply massive… it’s the subtle touches, the little songwriting twists and tricks, (aided and abetted by Duckett’s phenomenally underrated drum work) that really resonate with me and keep coming back for more.

Quite honestly, I haven’t stopped listening to this one all year. And I don’t see that changing any time soon!

Well, there we have it. Another year gone by. Thank you again for paying attention to my various ramblings over the last twelve months, and I hope that you’ve all discovered something new to love from what I’ve written and published over this last week.

I’ll be signing off from NCS after today (ok, I might sneak one or two more reviews in) to take some time for myself, work on my lyrics, see some friends and family over Christmas, etc, but I want to leave you all with my sincere appreciation for sticking by us (or discovering us) this year. It’s been a rough one, I won’t lie, but knowing that we’ve been able to bring some new sounds to your ears helps make it all worth it!