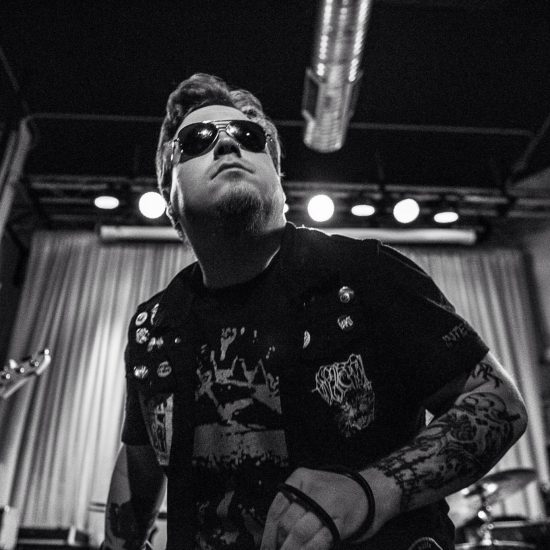 (One of the perennial highlights of our year-end LISTMANIA series are the articles Neill Jameson has contributed, and we’re very happy that he’s done so again this year. This one is the third of a 5 (or 6?) part installment of Neill‘s lists for 2022.)

I spent a solid half hour during a meeting at work googling Shakespearean English to try to cobble together the title for this one which was both a great use of company time as well as a fine opportunity for someone with a dry dick and classical education to tell me I used the terms wrong. I’m nothing if not a giver.

I said way back when in the first piece I wasn’t going to do theme lists. I guess this is a good time to admit to you that I’m a filthy liar and I should feel shame but instead it’s mostly glee at being dishonest to twelve or thirteen people at once outside of my immediate family. Anyway, here’s dungeon synth.

Ulk continues to be one of the most captivating creators in the genre, continually crafting sublime melancholic compositions. Lush and verdant, each release is worth sitting quietly with, followed up by brooding how much flippers are gouging them for.

If you were disappointed with Old Tower’s gradual shift away from traditional dungeon synth into Cold Meat-esque dark ambient soundscapes then there’s good news for you in the form of Dragon King, The Specter’s newest synth project. This has the feeling of the earlier Old Tower recordings and, at this point, that should be enough of a description to know that this is a quality dungeon synth release and worth tracking down before the same assholes selling Rise of the Specter for $400 on Discogs catch wind of it.

Dungeon synth artists tend to be very on-the-nose with how they title their projects. Winter Sphere is a good case study in that; musically, it’s bleak, cold and lonely. Kind of reminds me of Vond a bit, especially in its hopelessness. One of the few projects I ventured out (into the cold, hurr hurr) of my realm of familiarity to dig into.

Paths of the Eternal has been one of my favorite dungeon synth projects since his split with Mithril Blade (as Paths). Quest… continues his history of excellence, with each new release having a little more musicality to them while still keeping a cavernous aura to it, not losing where he came from. I’m happy to see that this project blossomed into so many recordings with more, hopefully, on the way.

Ghoëst was unknown to me before this compilation but has a massive fucking demo discography, with twelve of them represented here. Ghoëst reminds me a bit of Yearner, really dark dungeon music with a warm production that lends to the authentic vintage feeling of the music. Doomy, with plodding percussion, this is morose music for abandoned castles.

It was a pleasant surprise that Hole Dweller was releasing synth music again, after Tim Rowland taking the project into 1970s prog territory with Wolves in the Henhouse, which was really well done but not my cup of tea at all. Another Chance at Peace takes the dulcet warmth of the previous synth-focused Hole Dweller recordings and strips it down to the foundation, which transposes the epic nature of his later work and returns it to a more quiet, comforting place.

It should come as no surprise that one of this year’s releases by An Old Sad Ghost would top my list of dungeon synth for the year. Vierfürsenthum was released digitally in four parts and then collected into one release through Gondolin, with each movement working into each other. An excellent followup to last year’s Fullmoon Over Videna. An Old Sad Ghost is easily one of the best the genre has ever had.

I tended to stay with the same few labels (Out of Season as well, but mostly for the excellent Jaaportit and Fief reissues) and didn’t really go much further out than that. I think we’ve reached peak saturation, like a baby’s overnight diaper with some new kind of synth sub-genre popping up like genital warts you had sworn cleared up weeks ago. And the conversation about what “is” and “isn’t” dungeon synth was amusing for a bit when it was people who were actively passionate about the genre but it’s now graduated into the hanger-ons in the way that journalists started talking about black metal years ago when they made up words like “trve”, “kvlt” and what not, then bystanders started believing that was the actual vernacular in the scene until enough tourists came in and it then was. The reality is that you should listen to what you like, support what you like, and ignore everything else because life is too short to be a fucking nitwit.

We’ll be back to things with guitars in our next exciting installment!