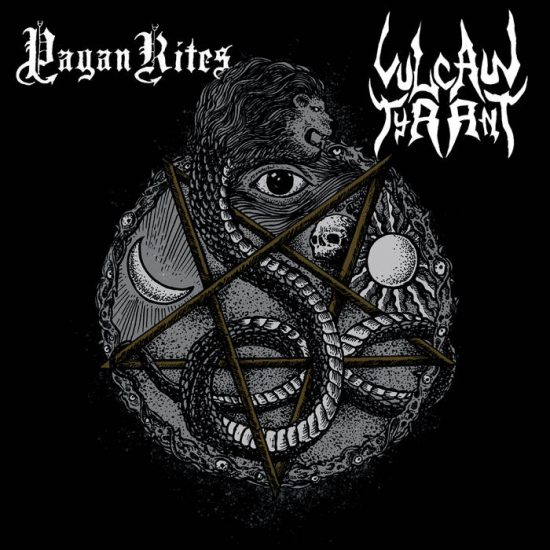 This aging year will soon expire, but is still capable of birthing metal releases as if it were still young and fecund, right up to the bitter end. And so on December 30th Horror Pain Gore Death Productions will reissue a storming split of unholy (and unconventional) black thrash that features the savage talents of Pagan Rites from Sweden and Vulcan Tyrant from the Netherlands.

You have ears and we have thoughts to prepare them for the onslaught to come at the end of this feature. 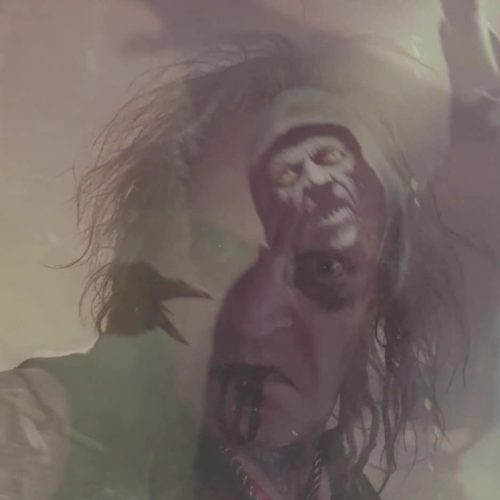 This Swedish band has been an incredibly prolific and devoted practitioner of sinister arts since 1992 and only seems to be picking up steam, with nearly 20 releases over just the last 3 years, including 11 albums during that span. The split opens with two Pagan Rites tracks, “Pain Of The Flesh” and “Sign Of The Horn“.

The former blares and poisons right from the start, immersing the mind in the slow, consuming ring of sonic terror on a grand scale, coupled with unhinged vocals of utmost hatred. Within that daunting overture, guitars writhe like serpents aflame, the drumming becomes a sign of deep turbulence, and august keyboards blaze above in hellish splendor. The music also convulses in sounds of blasting and boiling violence and seems to cry out in agony. The riffing swarms and slashes, the vocals snarl and scream in throes of possession, but piano keys ripple at the end, in the midst of symphonic gloom.

If somehow you haven’t heard Pagan Rites before, “Pain of the Flesh” provides a frightening introduction, seemingly capable of devouring the listener whole, and hardly what you might expect from “standard black thrash”. “Sign Of The Horn” is equally unconventional. It has its own gripping introduction (as you’ll see), and then the drums begin to race and tumble, backed by ugly infernal proclamations and a dense moving haze of raw and somehow hallucinatory chords. 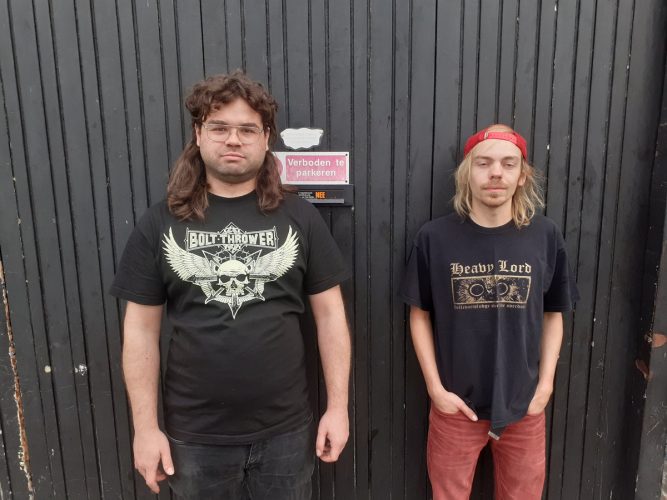 The Dutch duo Vulcan Tyrant have had a 16-year career that culminated in their 2021 debut album Vulcanocide, and they too bring two tracks to this split.

The band kick-start their side with “Invocation Of The Lion-Headed Serpent“, less raw in its sound than Pagan Rites but equally demonic. There’s a feeling of wild abandon in the blazing and swirling riffs and the rocking and rattling drum escapades, and a feeling of throat-cutting barbarism in the howled vocals. The soloing sounds like black sorcery in practice, adding to the dervish-like whirl of the song, which turns out to be as infectious as it is deliriously vicious.

Vulcan Tyrant‘s second song, “Vexed By A Wicked Nightmare“, brings its own hellish delights, with majestic fanfares (the chords sounding like massed distorted horns) and hurtling drums. It seems like the soundtrack to a spinning coven of warlocks, witches, and demons raising the Devil around a blooming bonfire. Eventually, the band bring in a highly head-bangable riff matched with rocking grooves before the glorious bonfire ignites again. 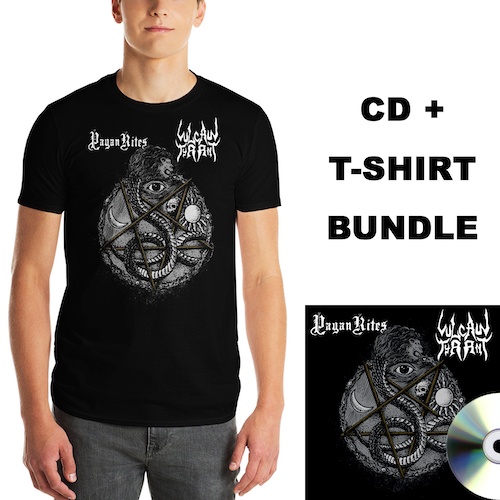 HPGD will release the split on CD and digital formats, and with bundles that include a shirt that features the cover art. Check out the options via the link below.

P.S. HPGD has also recently released a 2022 Full Year In Review sampler consisting of 23 tracks and over 1 hour and 22 minutes of music — and it’s free to download HERE.