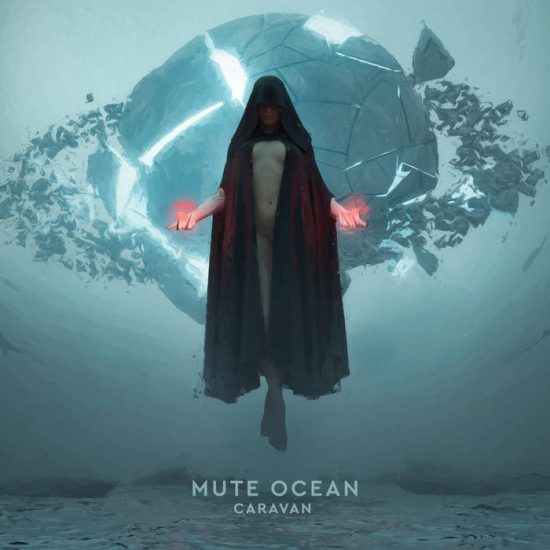 Despite how metal implementations have been maneuvering their way around jazz themes for more than two decades, few existing examples manage to present an approach equally concise to Mute Ocean’s Caravan. A record inspiring, unifying, as well as controversial to the beliefs of the few; or the many, depending on a random reader’s viewpoint. An in-depth review follows.

I seriously don’t like most lyrics. My elusive boredom may well reach a point when I’d rather sit all day watching the paint dry, than reading the actual verses of most songs I enjoy. Before anyone feels offended, lemme clarify here: I state this while I too used to be an awful lyricist back in the day. Especially, since the art of great lyricism rivals poetry; a tree that bears fruit, only when thoughts stretch the very fabric of reality.

Did that sound pretentious? Well, not really. See, myself, I function more like an old-school computer. Analytical, methodical, calculative, with a dry sense of humor on top of everything. Aspects that could probably help anyone become somewhat of a bearable writer, yet a horrible lyricist in any regard. Reading interviews, liner notes, as well as finding out the deeper thoughts that construct an artist’s view do always seem interesting. But reading the said lyrical part? Man, that tends to feel nothing besides a colossal waste of time. 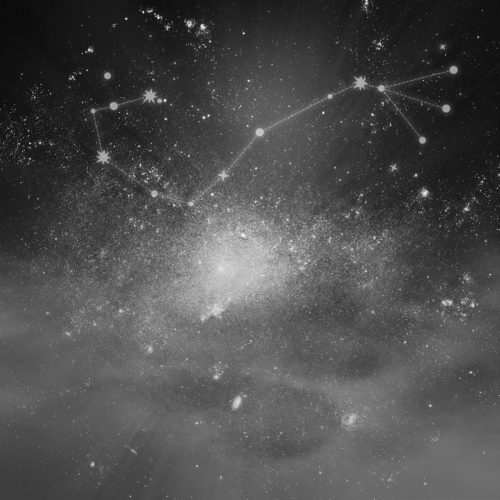 That being said, being the odd guy I am, having to actually sit down and read Mute Ocean‘s lyrics was a task too tedious to go through. But then again, had I not done so, I’d feel quite guilty enjoying a Russian band whose best track is titled “War”, while their neighbors are currently dying by thousands. Thankfully, though, we are not here to talk politics, especially since Caravan‘s theme is a humanitarian one (even if it relates to sci-fi exploration, or even cosmic events provoked by religion). Its whole message describes how people never really learn from their mistakes, as human history is doomed to repeat itself, spinning around the same wheels of harm in order to serve the benefit of the few.

Moreover, Mute Ocean do challenge their own constructs on a deep, compositional level as well. Saxophone may have been a hit lately, as more and more bands do make use of its diverse integration, yet we don’t hear too much of it in regards to black metal subgenres. Which is rather odd, as its chemistry generates a peculiar blend of emotions, one that contradicts the crudeness often traced in thrash, death, or even heavy metal. Black metal can sound sharp, archaic, or even malevolent in nature, yet there’s always this human element, the inner urge to scream at the top of your lungs; an outburst that separates it from the cradle of other metallic structures.

That being said, black metal survived and remains popular as ever before, just because its base appears fluid enough to accept limitless experimentation. Sure, some riffs on Caravan do sound very old-school, or even primal, yet their philosophy embraced The Ocean Collective’s Precambrian; an achievement so timeless, even themselves held small hope in repeating. Not that it won’t sound Siberian kind of frosty, especially when its tremolo-picked climaxing elevates awe to a godlike, mythological level. But the band’s own approach on mixing and mastering Caravan indicates an undeniable post-metal influence, the kind that’s far too similar to popular implementations marked around the past decade or so.

Of course, on top of everything, you got those jazzy improvisations that strongly remind you of Bruce Lamont’s Yakuza. A band all Voivodians adored blindly in the early ‘00s and still hold deep respect for to this very day. One could claim, in fact, that the said use of saxophone bears a comparable gravity on a structural degree, as it stands as a completely independent instrument throughout the album’s running length. The hell if I don’t have to admit there are moments I am thinking “this is Lamont playing”, since Mute Ocean took the necessary amount of time to absorb, comprehend, dissolve and reconstruct the same principles that guide his very own distinctive identity.

So, all in all, for the above reasons and more, I may well claim Mute Ocean‘s Caravan is my dark horse album of the year. Not that you won’t discover other fancy records out there, or that the release itself is not under-produced due to apparent budget issues. But if I had to choose which truth is needed the most nowadays, Caravan stands to state you need not worry about how our music is not provoking its own boundaries. Most new genres stand as catchy terms, or inventive descriptions used for styles that have been played numerous times before. But spending your time jamming your brains out, writing proper music in the way bands once used to? That requires true inspiration, small amounts of faith, a lot of passion, as well as this old-school nerve that now feels a bit lost.

So go ahead and give them a chance. And if you judge people based on their origin, or support militarism, you should be more considerate. Remember, all common people mean shit to a different country’s politics.