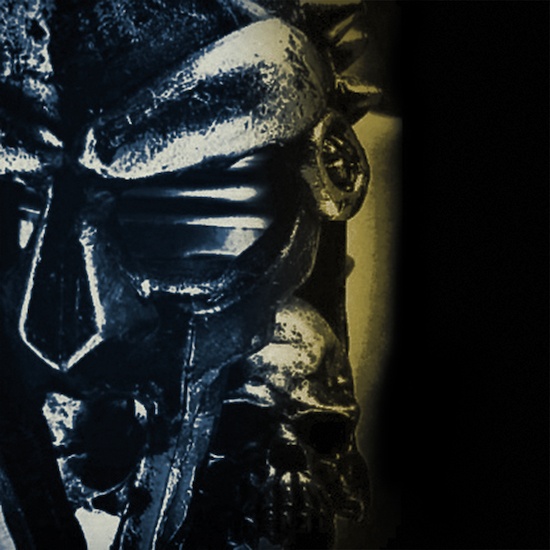 Even in the most hostile, harrowing, and abrasive off-shoots of metal, the power of the riff stands tall. Distinctive riffs create detectable patterns in a song, even when they’re not also carrying melodies or rhythmic hooks. And even a site such as ours can’t deny the power of a strong vocal melody. Harsh vocals can vitally contribute to the creation of an emotional response or become percussive instruments themselves, but singing is often a more potent ingredient in channeling a mood or making a song memorable.

These ingredients of music, even in its more extreme variants, create instinctual connections to the human mind. Vast amounts of academic research and philosophical speculation have been devoted to trying to explain why this is, but whatever the answer, the connection seems to be primordial, likely pre-dating language or even the full evolutionary development of the human brain as it now exists. It is a universal language that everyone understands, innately.

Of course, complex and discordant music (and noise) has its own appeal, for reasons that are maybe even less well-understood, but it’s those primordial connections that often prove most formidable.

Which brings us to Breath the Oath, the forthcoming second album by the Dutch stoner doom trio Pander that we’re premiering today in advance of its January 20 release by Argonauta Records. 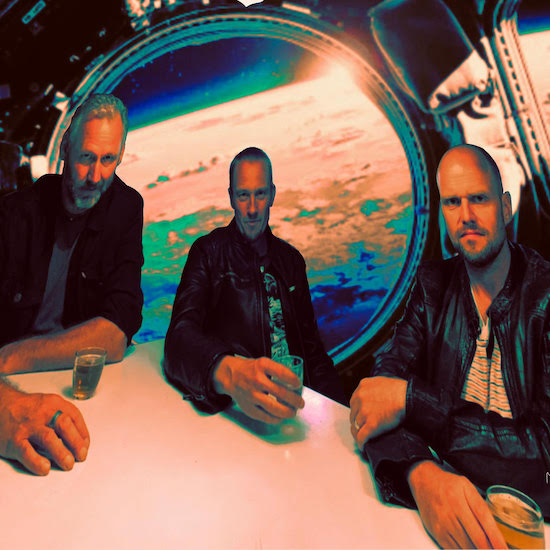 We had to think twice about dropping that “stoner doom” label so quickly, because while it’s pretty accurate, it’s also not a comprehensive summing up of what goes on within this new album. Argonauta recommends the album for fans of Queens Of The Stone Age, Torche, Mastodon, Monster Magnet and Karma to Burn, and while those are also very good reference points, they also don’t fully map the album’s musical journey.

To return to how we began this article, Break the Oath is fueled by the power of the riff, and it has an abundant share of megaton grooves as well as vocal melodies. In those ways it does have primordial power, but there are other primordial instincts it kindles, the instincts that give rise to dread, fear, and to imaginings of hostility lurking in the unknown, and it’s more extreme in its sensations (both vocal and instrumental) than some people might expect from the “stoner doom” label.

What quickly becomes clear is Pander‘s proclivity for juxtaposing gigantic bulldozing riffs and maniacally adventurous drumwork, coupled with inflamed vocals that have the rawness of punk, bizarre instrumental accents capable of taking straight razors to your comfort zones, and a changing array of dark and deranged moods.

All that comes through in the album opener “Earth’s Face“, which delivers humongous fuzz-bombed riffs that stagger, lurch, and charge, backed by undulating bass lines, skull-hammering beats, and riotous drum fills, and fronted by braying vocals with grit in the gears. Those riffs carry grim and dismal melodies, but there are also mad convulsions in the music and wild cries that go sky-high, as well as grand chords of desolation and despair. It’s unsettling, but very effective in lighting a fire under your pulse and putting a twitch in your muscles. 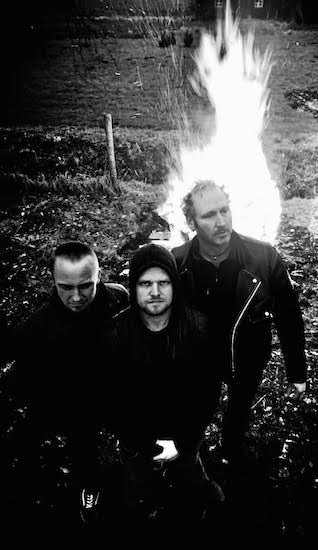 The opener is a good first display of what Pander‘s new album is all about, but the record ranges across 10 songs and an hour’s worth of music, and the other tracks aren’t just a re-hash of “Earth’s Face”. The band make that quite clear with the very next song, “Ordeal“, which is indeed a trying ordeal. With an introductory passage that abrasively assaults the mind, it then drags the listener by the hair through an abyss of dire and deleterious riffage, bowel-loosening bass lines, and spine-cracking drum blows. And the song also shifts the vocals into both vicious snarls and singing, whose trippy, wailing tones are both haunting and harrowing.

Even a song like “Ordeal”, which again includes some brain-scrambling guitar contortions as well as monstrously dark moods, has its own heavy hooks. The dirty hooks are never far away in this album — it thrives on them, even when they gouge or get ruthlessly hammered in. The band also continue to make the album a dynamic experience, throwing in high-energy rampages like “Deceit” and seemingly drug-induced free-wheeling adventures like “Burns“, which not only mostly drive on all cylinders but also give the band’s mountainous yet mercurial bass and the weirdly swirling lead guitar plenty of chances to shine.

And on the other hand, you’ll encounter songs like the title track and “Inside“, which seem even more like hallucinogenic trips — whose destination is hell (the first of those long jams is physically punishing and mind-mutilating, but may still make you impulsively feel like wailing “BREAK THE OATH” right along with the vocalist) — and vivid neck-wreckers like “Krush“.

And to keep listeners even more perched on their seats or toes, there’s “Victimized“, whose acoustic guitar intro sounds like the soundtrack to one of those tales of haunted backwoods cabins where something nasty lies in wait — in advance of the band jamming down the gas pedal and taking you on a savage, heart-pounding romp — and the weirdly seductive interlude of “Bonha“.

Across all these changing paths, straight through to the hulking emotional ruin and space-faring strangeness of “Lost“, the vocals contributed by all three members continue being a signal force — a continually varying and frequently layered set of sensations that pull the mood in lots of different directions. They do carry melodies, but they also just strike with unnerving visceral power. And the drumming also continues to seize attention, sometimes off on its own riotous adventures and sometimes brutishly clubbing you into submission in harness with the rest of the band.

And with that wordy introduction, we’ll now leave you to the not-so-tender mercies of Break the Oath in its entirety:

The album is up for pre-order from Argonauta now: