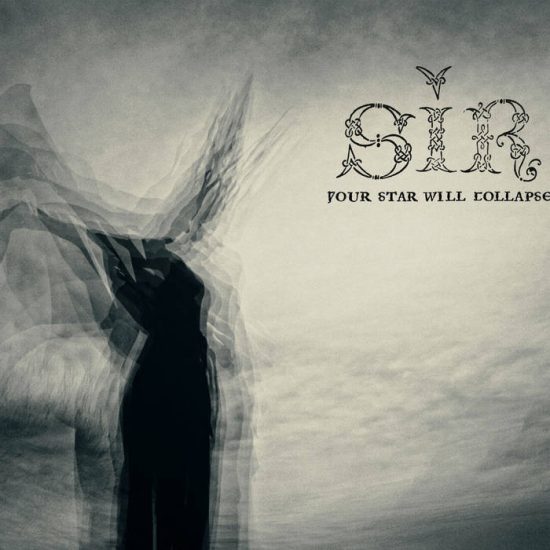 What we’re about to lead you into is a kind of music that’s somewhat rare for our site. It includes occasional elements of black metal, but is even more slanted toward doom and depressive rock. It includes gritty and high-flown singing as well as lycanthropic snarls. It rarely races and is often simple, but is also capable of becoming elaborate. It has the capacity to mesmerize in different and often unsettling ways, and joy and hope are dim at best and only fleeting.

The subject is Your Star Will Collapse, the debut album of a Hungarian solo project named Sír, which follows a first EP named Cosmic Grave released in 2020. We’re told this about the band’s name and conception: “Sír has equivocal meaning. The most obvious one is grave, but also means crying. Together they represent grief, loss of a loved one, it is a deep emotional state. It has nothing to do with the undead or other fantasy themes, it’s all about living people and their struggles.” 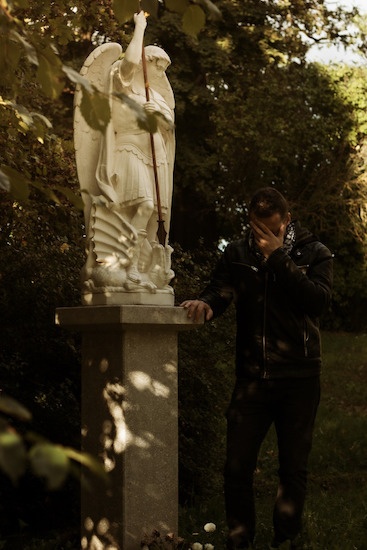 We’re also told that Sír was founded at the end of summer 2020 as “a medical treatment for the author”:

“In the beginning there was only a conception: to express the futility of life and creation while admiring the beauty of nature’s destructive powers. These are common themes in metal lyrics and the author admittedly doesn’t want to invent anything new, but those feelings come from a very profound mental state and the final result was like a cold shower to him. Healing through self-caused suffering.” 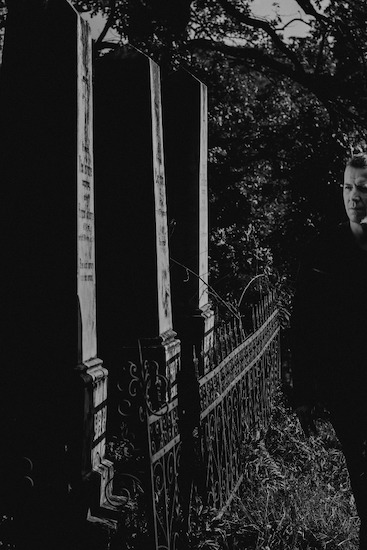 The first song revealed from the album was one named “Devour“. There, the guitar utters piercing cries above the slow thump and snap of the drum and crash of the cymbal, and Sir‘s protagonist sends his own cracked, tormented wails toward the rafters. Sír heats the torment with raucous drumming, riffing that sizzles, and caustic howls.

There’s a beseeching quality in the ensuing melody as the drum hammers and hops, but as the guitar swirls around like a ghost and Sír sings, it feels like the room is slowly filling up with murky waters of melancholy, but Sír also thrashes those waters with increasing instrumental fieriness and throat-spitting vocal intensity.

And now we present a video for the second song released from the album, “Machine Pleasure“. Even more dynamic and elaborate than “Devour“, it seems to draw upon classical music traditions as much as classic doom and gloom-ridden rock, and it elevates to gripping heights.

The raw and ragged passion of Sír‘s vocals are again a signal feature of this song we’re premiering today, and so are the organic sounds of the drums and cymbals, which sound like they’re being performed right across the room in front of you. In this new song the guitar seems to slowly step and sway like a somber waltz, but the melody takes dark and dismal turns, bringing the mood into the shadows of pain and hopelessness even as the drum-work continues to snap at the pulse.

The bass throbs and grumbles, and the pulse of the guitar becomes more animated too, joined by shrill and shrieking tones. Sír adds another layer of guitar that sends the song extravagantly soaring, transforming it into a heart-palpitating but mesmerizing anthem of anguish. When the waltz of gloom returns, and Sír again wails his words, it leads toward a feverish and unsettling finale.

The changing imagery in the video is mysterious and seemingly disconnected, and yet it still manages to be an evocative and attention-riveting accompaniment for the song.

Your Star Will Collapse will be released on March 10th by Sun & Moon Records, in a digiCD edition with a booklet, as well as digitally. You can place pre-orders now: