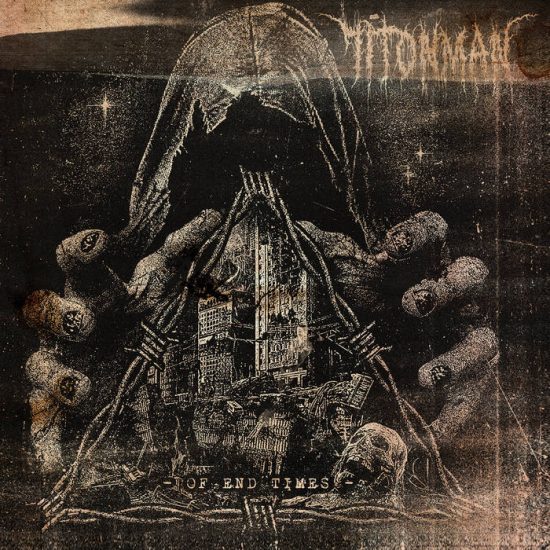 Let’s not beat around the bush: You’re bulbous skull is about to get flattened into a pancake shape and you’ll lose even more height through spinal fracturing and compression, not to mention the simultaneous searing of mind and soul.

Of course, lucky you, we’re only speaking figuratively. But those are the kinds of sensations imagined by a mind’s eye when listening to the song we’re presenting today from the forthcoming third album by the remorseless Polish sludge/doom behemoths in 71TonMan.

Aptly named Of End Times, the new record envisions apocalypse, with each of its four long tracks named for the Four Horsemen in the Book of Revelations. These songs do authentically sound like harbingers of utter doom and devastation, and the one we have for you today is “War“. 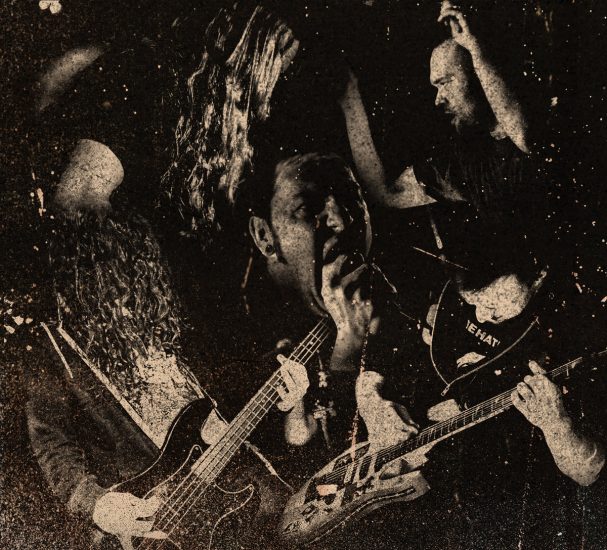 71TonMan take their time creating this sonic rendition of “War”, just as they do with the other catastrophic experiences of “Conquest”, “Plague”, and “Famine”.

The opening chords slowly clang like dismal rusted bells over a discomforting feedback whine. The bass and kick-drum start methodically dropping bombs. The guitars begin to scream and a voice howls in harrowing tones. The tension in the music builds as it heaves like a monstrous beast, and so does its punishing impact as the megaton blows relentlessly rain down.

This is the kind of song that reflexively puts listeners into a full-body groove, lurching from the waist, even as it boils the mind like an acetylene torch. The feverish lead guitar boils in madness, the vocals roar and scream, the drums rumble like boulders shaken free by the earth.

A different kind of bludgeoning ensues, the vocals descend to abyssal depths and echo above chords that moan in agony and drag through a desolate poisoned soundscape of corpses piled high. All hopes have been extinguished by the end, but you may find that a deep and dark spell has taken hold, and that track of time has been lost while you were in its thrall.

In the album’s progression “Plague” precedes “War“, and “Famine” follows it. Both of those songs have already been revealed, and you’ll understand when you hear them that although the music is always vast, towering, and brutalizing, 71TonMan have found ways to keep the tracks from sounding repetitive. They bring in different tempos and varying instrumental and vocal ingredients, and the mammoth riffs, though ever primal and punishing, dig their gigantic hooks in deeply. We’ve got streams of both of those below, leaving only the album opener “Conquest” yet to be revealed.

Of End Times will be released on March 3rd by Transcending Obscurity Records on CD and digital formats, along with a closet full of apparel, and other merch. The album features cover art by CVSPE and it’s recommended for fans of Morbid Evils, Warcrab, Conan, Primitive Man, Grief, and Coffins.