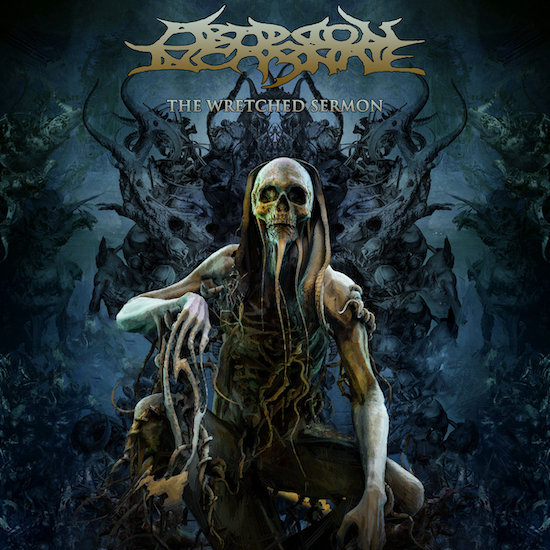 (Here we have DGR‘s extensive and evocative review of the new album by Ireland’s Abaddon Incarnate, which was fired into the world by Transcending Obscurity Records on August 5th.)

The Wretched Sermon, the latest album from Ireland’s Abaddon Incarnate after an eight-year space between full-lengths, has come up in the work playlist a lot since its early August release. Considering we’re rolling into the back half of the year where everyone pretends that it is fall, as if the current home base isn’t currently placed under some higher power’s magnifying glass, it’s difficult not to grip on to anything that has  excessive amounts of brutality, rage, and vitriol to match the inner mood while everyone outside insists that all of this is normal.

The Wretched Sermon is a good candidate for that; Abaddon Incarnate‘s latest album seems to have struck a surprisingly pure vein musically and one that may even be a bit of a shift for them. On The Wretched Sermon, they clock thirty-six minutes of music across thirteen songs – multiple of which barely clear the two-minute range – which can be evidence of one overriding influence of so many: Abaddon Incarnate have really thrown their hat in the deathgrind ring this time. END_OF_DOCUMENT_TOKEN_TO_BE_REPLACED

We haven’t yet heard all of what Abaddon Incarnate preach in The Wretched Sermon, but the new album track we’re premiering today — “Shrine of Flesh” — bears out at least some of the label’s promises. END_OF_DOCUMENT_TOKEN_TO_BE_REPLACED