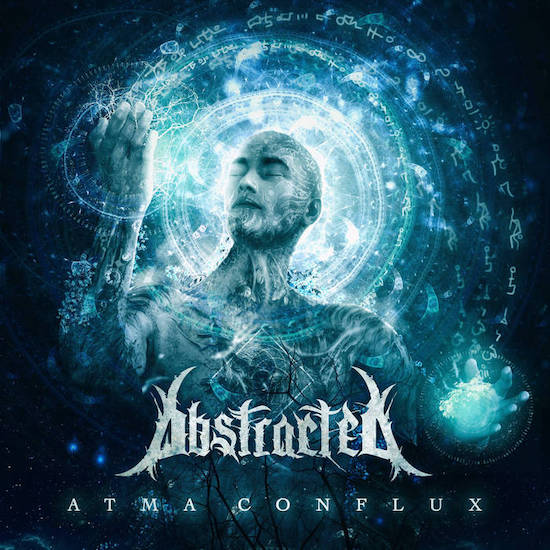 (We present DGR‘s review of the new album by the Brazilian band Abstracted, which was released by M-Theory Audio this past April.)

It’s hard to remember how I came across Brazil’s Abstracted and their 2022 release Atma Conflux. The best guess would likely be the eye-catching cover art with its hues of blue and green. Cover art has often served as an impetus to looking into a band we probably wouldn’t have crossed paths with, though we are also the sorts who constantly dig around the underground for new music. I’ve dived head-first into releases for dumber reasons, and my review history here is a record of my atrocities.

Atma Conflux is an interesting prospect for Abstracted. Officially, it’s their first full-length but also feels like a new debut overall. Prior to the April release of this album, the band had put out a debut EP called Ophidian in 2015 and since then, a small sprinkling of singles – all of which have found their way onto the album.

With such a time-gap between releases you get the sense that this is a group who’ve spent a long time in the musical forge, working on their songs and playing with what direction they wanted to pursue musically. You also get this idea when you look at Atma Conflux‘s run time, divided up between seven songs and clocking in at nearly an hour and five minutes. If nothing else on Abstracted‘s first full length, they are clearly ambitious as hell. END_OF_DOCUMENT_TOKEN_TO_BE_REPLACED