Almost exactly one month ago we had the ghoulish pleasure of premiering a track from the forthcoming second album by the French death metal band Abyssal Ascendant. Entitled Chronicles of the Doomed Worlds – Part. II : Deacons of Abhorrence, it will be released by Dolorem Records on October 9th, accompanied by the striking artistic handiwork of Daniele Lupidi.

As on their debut album, Abyssal Ascendant have again drawn their inspirations from the Lovecraftian mythos of The Ancient Ones and the ’90s death metal of such greats as Morbid Angel, Cannibal Corpse, Immolation, and Obituary. Appropriate to their subject matter, the band demonstrate a sure-handed talent for creating sensations of supernatural horror, mindless fear, and slaughtering savagery. And as further proof of that, today we’re following our first premiere with a second one — this one named “Wombs of Torment“. END_OF_DOCUMENT_TOKEN_TO_BE_REPLACED

“Abyssal Ascendant’s death metal is inspired by the Cthulhu mythos. Some bands who claim a similar Lovecraftian muse create music that’s turgid and murky, but Abyssal Ascendant fly like turbocharged bats, lacing the music with speedy riffs, writhing creepy melodies, and an abundance of machine-gun drumming. The vocals, as you might expect, are convincingly ravenous.”

Those are among the words we wrote here five years ago after encountering music from this French band’s debut album, Chronicles of the Doomed Worlds – Part. I: Enlightenment from Beyond, which was released by Dolorem Records with album art by Daniele Lupidi. And now, at last, Abyssal Ascendant are returning to our world from the realms of The Great Old Ones with their second album.

The new record is named Chronicles of the Doomed Worlds – Part. II : Deacons of Abhorrence, and it will be released by the same Dolorem Records on October 9th, again accompanied by the striking artistic handiwork of Daniele Lupidi. From that album, it’s our ghoulish pleasure to premiere a track named “Martyrs of Mordiggian“. END_OF_DOCUMENT_TOKEN_TO_BE_REPLACED 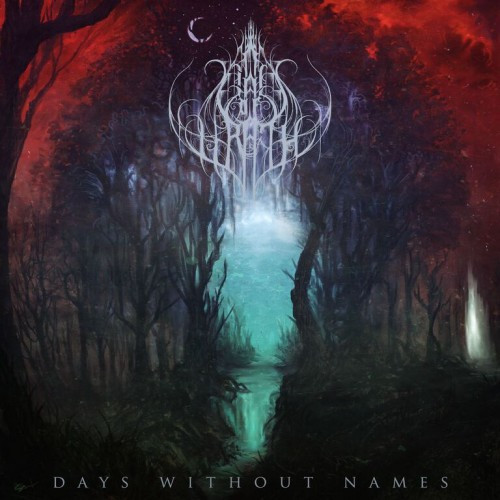 On days like today, when we have unexpectedly flooded our site with posts, I worry that we may be overloading our readers with new music — even though we’re actually not writing about everything we’d like to write about. Chalk it up to a genuine enthusiasm for what we’re hearing. With that said, here’s some more new music!

The first item in this collection is introduced by occasional NCS contributor Grant Skelton… and for the second time today we’re featuring wonderful cover art by Sam Nelson (Stigma).

Special thanks to DC Mills for sending me this song — Grant Skelton.

Back in January, I mentioned (here) that Vials of Wrath’s upcoming album Days Without Names was one of my most anticipated releases of the year. At that time, the band teased less than 1 minute of a song called “Burning Autumn Leaves (Under A Harvest Moon).” Today, I am happy to report that VoW have released a new song from Days Without Names. END_OF_DOCUMENT_TOKEN_TO_BE_REPLACED