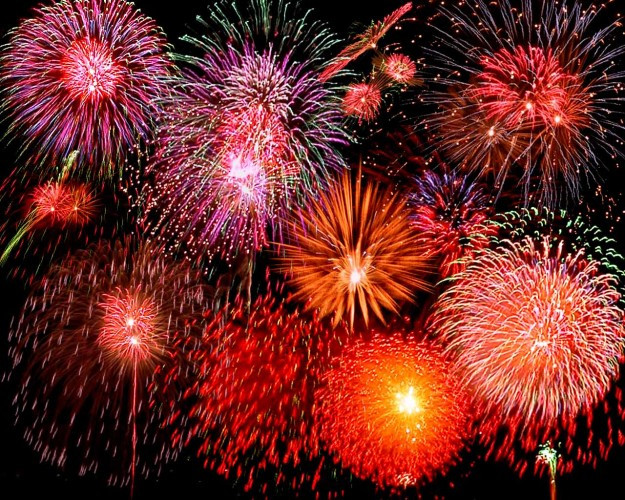 (We’re not quite finished with our 2014 LISTMANIA series, but NCS contributor Grand Skelton is looking ahead to what the new year will bring, and writes about some releases he’s particularly eager to hear. In the comments, let us know what you’re anticipating.)

Some of the biggest names in metal have albums in production for next year. Black Sabbath are reportedly recording their final album and then disbanding. Faith No More recently released the first single from their upcoming album. Slayer will be releasing their first album following the passing of Jeff Hanneman and the resignation of Dave Lombardo. Since the Prague incident, Lamb of God have been laying low, but it seems they are finally working on new material. Megadeth look to be entering the studio at the beginning of the year, despite being down to only 2 members. Rumors of Pepper Keenan returning to Corrosion of Conformity for a new album have begun to circulate.

Perhaps Metallica will get around to finally releasing their follow up to Death Magnetic as well. I may be in the minority on this site, but I’m a fan of “Lords Of Summer,” the new song they debuted this year. Even though not one album has gone platinum in 2014, a new Metallica album would no doubt sell very well… unless of course they do something asinine… like Lulu 2. As much as I love Metallica, I would rather listen to tone-deaf American Idol rejects than that revolting heap of musical excrement.

Thrash metal fans should feel very good about next year. I mentioned Slayer above, but Testament, Exciter, Kreator, Armored Saint, Anthrax, Sodom, Nuclear Assault, Xentrix, and Flotsam and Jetsam reportedly have new albums in the works. I for one am interested in hearing some new output from Dark Angel, who are also hard at work on a new full length. Gene Hoglan is one of my favorite drummers; anything he touches is gold as far as I’m concerned. It would be nice if Evile put out something new.

Death metal fans should be pleased to expect new stuff from Napalm Death, Brutality, Cattle Decapitation, Hate Eternal, Skinless, Malevolent Creation, and The Crown. High-profile black metal acts like Marduk, Cradle of Filth, and Dimmu Borgir also have something in the pipeline, as do Venom (if you want to refer to them as “black metal”). Power metallers have new Blind Guardian, Helloween, Kamelot, Rhapsody of Fire, and Orden Ogan on the horizon.

In previous articles, I mentioned Broken Flesh and Crimson Moonlight. I am eagerly expecting both of those LPs. Notwithstanding, I thought I would feed the hype machine on a few other albums I’m looking forward to in the coming year. Some of these are not confirmed and may not come out next year at all. So here’s to wishful thinking on my part. When they are released, they’ll get my money because they deliver quality each time they record. 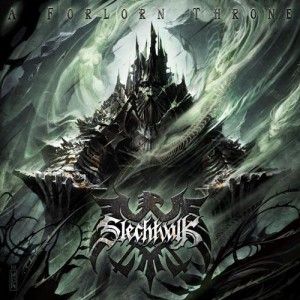 Slechtvalk are a melodic black/viking metal band from The Netherlands. They recently launched an Indiegogo campaign for their untitled 5th studio album, complete with some very interesting perks (i.e., plated armor worn during stage performances). There is a blackened melancholic gloom over this band’s material. Their older albums feature quite a bit of folky medieval experimentation, but their recent output is a bit more straightforward. While they aren’t afraid to employ clean vocals, for the most part expect raucous throat-scorching shrieks throughout. You can listen to a VERY rough demo of a new song (tentatively titled “Homebound”) here:

However, for something complete and polished, here’s the song “Divided By Malice” from their last full-length, A Forlorn Throne. The song encapsulates the full spectrum of their sound. Part mournful Viking funeral dirge, part relentless bludgeoning battle hymn. 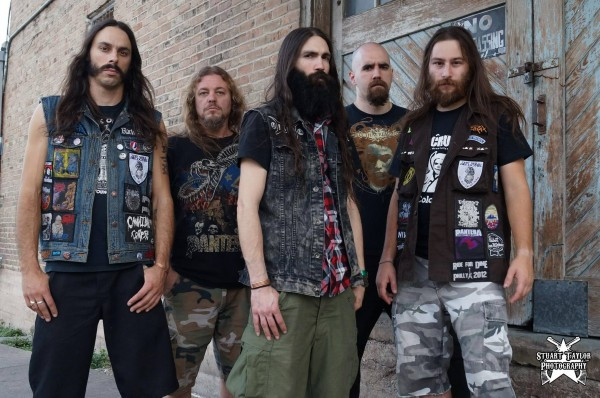 This band have been an underground sensation for nearly a decade. They have two full-length albums to their credit (2007’s Was And Is To Come and 2009’s In Ancient Of Days). Probably because they emerged on the downward slope of the the mid ’00s metalcore boom, they went unnoticed by most. But metalcore they most definitely are not. Metallica picked them to play the Orion Music + More festival in 2012. That same year, they released the Temple EP, which saw quite a bit of airplay on Sirius XM’s Liquid Metal station. At the time of this writing, that release remains their only output available in any digital store. Their two albums are nearly impossible to find.

They just wrapped up a tour with Goatwhore and with Byzantine. Evidently they have debuted a new song called “Breath Of Light” on Sirius XM’s Liquid Metal. When I reached out to the band, they told me to expect an official announcement about this new tune very shortly. However, thanks to modern technology, I did find a live video of the band performing “Breath of Light” back in 2012.

If cell phone videos of new songs don’t really do it for you, check out “The Great Rebuilding” from the Temple EP: 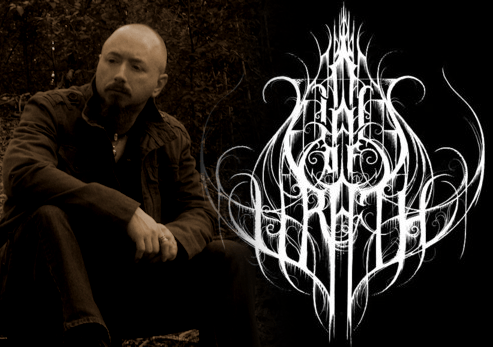 I’m not as up to speed on atmospheric/ambient black metal as I am other genres. Like doom, it is a genre that has to be experienced more than simply listened to. When I dabble, I do so with a band like Vials of Wrath.

One-person black metal projects seem to be all the rage these days. This particular one-man band (consisting of Dempsey “DC” Mills) is currently based in woodsy Maryville, Tennessee. That part of the state is very close to the Great Smoky Mountains National Park. This type of setting finds its way into the band’s nature-inspired music. Had Henry David Thoreau written Walden as a one-man black metal project, it would have sounded like this. This work is a solitary excursion into ephemeral but natural beauty.

With that being said, the band have only teased 51 seconds of new material. It’s an excerpt of a song called “Burning Autumn Leaves (Under A Harvest Moon):”

Those of you who have heard 7 Horns 7 Eyes or Ovid’s Withering are familiar with this band’s vocalist. This is a death metal band that has a little something for everyone. It’s progressive without being derivative. Those who begrudge Opeth for not reverting to their Blackwater Park/Deliverance sound on more recent material would really enjoy this band. It’s technical, but still has hooks. There is melody in the form of acoustic guitars, harmonic leads, and clean vocals here and there. The band even employ pig squeals when it suits them. Listen to a pre-production demo of a new song called “Scion of Darkness” here:

What albums are you expecting next year? Why?