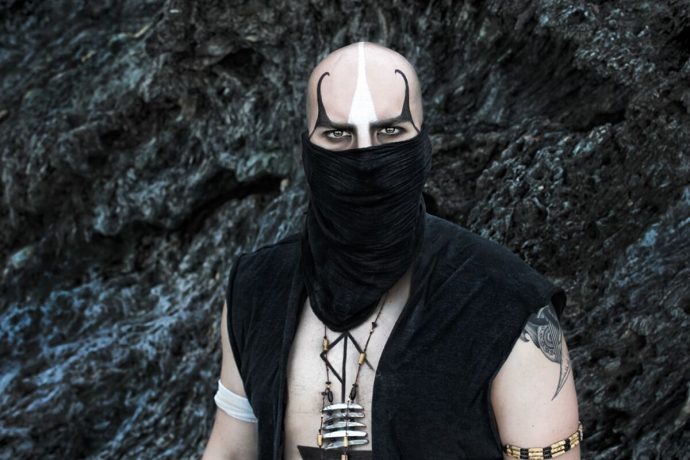 (KevinP returns to NCS with a new episode of his short-interview series, and this time talks with Achilleas Kalantzis, guitarist of the mind-bending Greek black metal band Aenaon — whose new album Hypnosophy was released late last year — as well as Katavasia and Varathron.)

K: You’ve had some lineup changes for Hypnosophy. What was the impetus and did this affect the sound/direction of the new material?

A: Indeed. Unfortunately it was really hard for Thyragon (bass) to keep up with the band’s schedule and Anax (guitars) had to join the obligatory army service, so we recorded without him (he is still a member now though). On the other hand Orestis was already playing the Sax for us since Extance, so becoming a permanent member wasn’t a big change. Astrous (vocals) and I are usually building the first demos of the songs, so the core of the creational process was the same (no matter the final arrangements). What made a big difference to me was that I also composed and performed the bass guitar. That gave me as a composer the ability to use it in a more prominent way, leading to groovier arrangements. END_OF_DOCUMENT_TOKEN_TO_BE_REPLACED