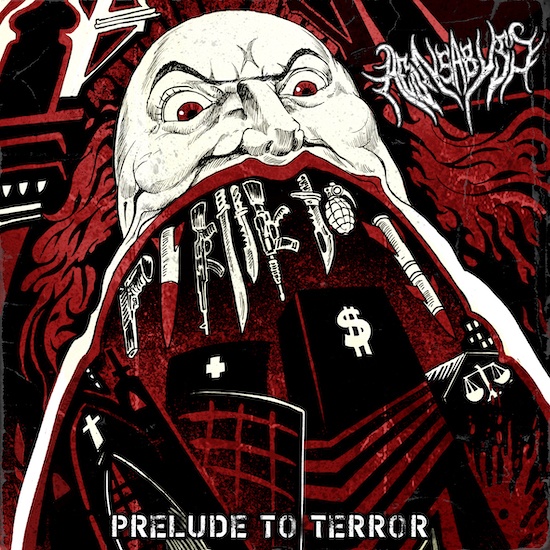 Suitably on a Bandcamp Friday, today is the official release date for a new stand-alone single by the Melbourne-based death metal band Aeons Abyss. Fittingly named “Prelude To Terror“, it also serves as a ravaging introduction to the band’s sophomore album Terror Manifest, which is now set for release on November 5th. And to help spread the word, we’re premiering a lyric video for the track right now.

In crafting the new album, Aeons Abyss have built upon the work they began in 2017 and have drawn into play an array of stylistic ingredients that range from melodic death metal to experimental thrash/grind. But they’ve also drawn upon their skills as storytellers, with each track representing a card from the deck of Tarot and (as they reveal) delving into “what these characters mean, not just to the individual, but to all of society as we currently know it…. Terror Manifest explores what the world has made of us, and what acts of terror must be done to end the mental imprisonment thrust upon us by the greed of nations”. END_OF_DOCUMENT_TOKEN_TO_BE_REPLACED