Well, whaddaya know? It appears we have, not two, but three reviews of Agony today. Sometimes actions speak louder than words. Thank you Phro. 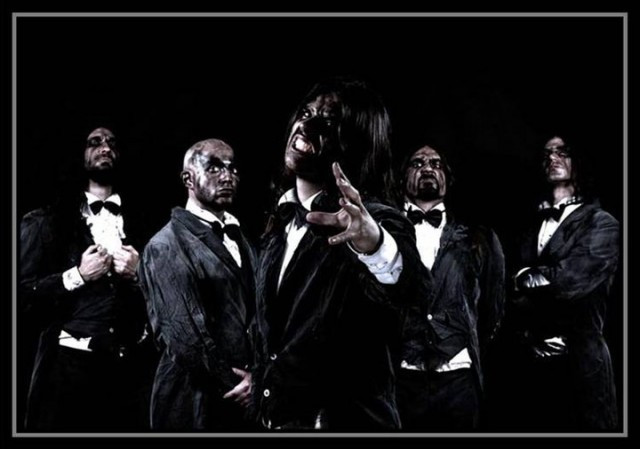 No one sounds like Fleshgod Apocalypse. No one. Not even close. In a remarkably short time, over a span of only two albums and an intervening EP, the band have established a unique and immediately recognizable style. The second of those albums, Agony, fully and brilliantly achieves what the band have been moving toward since their inception — a remarkable union of classical music and blistering death metal, heated to a full boil. The album is a bombastic whirlwind that leaves you breathless and wide-eyed in wonder.

On Agony, all of Fleshgod Apocalypse’s signature ingredients are now firmly in place. The extravagant symphonic keyboards and piano instrumentals of Francesco Ferrini are now woven completely through the magic carpet of every song, a completely co-equal partner with the thunderous performances of the other band members. Although even the timing and power of the guitar riffing and bass rhythms give off the favor of orchestral composition, Ferrini’s musical creations, more than anything else, put an indelible stamp on the music, invoking the ornate classical masters of the band’s Italian homeland in their most extravagantly fiery moments — Vivaldi, Paganini, and Rossini.

Of course, other metal bands use symphonic keyboards in their music, though more often in an effort to add background ambience and atmosphere than as a co-starring role in the performance. But, as Fleshgod Apocalypse have explained, they view the classical music of the 17th and 18th centuries as the death metal of that era —  as music that was (and is) powerful, dramatic, and heavy — and so their goal, now fully realized, has been to unite music from two very different worlds that nevertheless have in common the ability to produce (in my words, not theirs) complete emotional catharsis. And that brings us to the drumming.  (after the jump . . .) END_OF_DOCUMENT_TOKEN_TO_BE_REPLACED