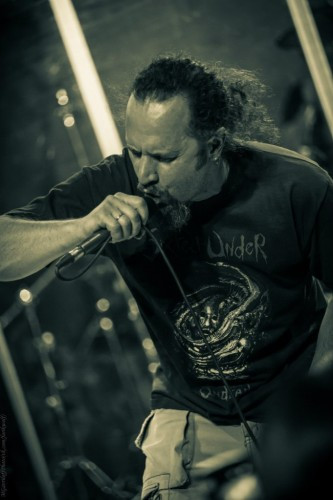 (Comrade Aleks brings us this interview with Alexey Pyshkin, vocalist of the Russian band Halter.)

In September 2015, Moscow Funeral League released For the Abandoned, the second album of Halter, a Russian death doom band from the city of Yaroslavl. The first Halter full-length Omnipresence of Rat Race did not exactly pass completely unnoticed, but this release for sure should gain much more attention: yours, and mine, my fair readers. Anyway, the new material was recorded in two years since the first album, and the new songs included in this release have shown a considerable growth of the band — you check it and you’ll get it.

What is For The Abandoned good for? Why should one pay attention to this record? We will address these questions to Alexey Pyshkin, the voice of Halter. END_OF_DOCUMENT_TOKEN_TO_BE_REPLACED