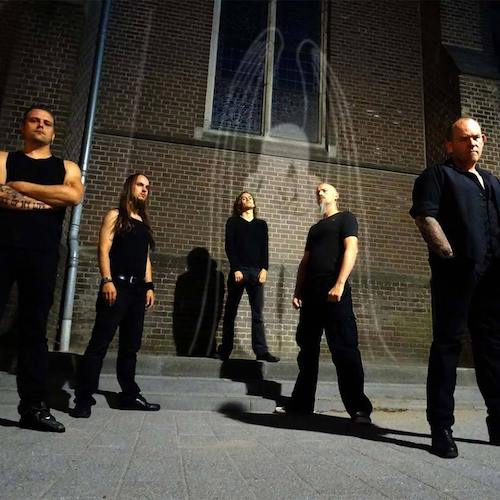 (Comrade Aleks has brought us this wide-ranging interview with Alwin Roes, one of the original members of the resurrected Dutch death-doom band Dead End, who released a first album through Vic Records in 2016. As discussed in the interview they have a new album coming later this year, and many other plans in the works as well.)

Dead End is a relic of a past epoch. The band was formed in 1988 in North Brabant, Netherlands, and was one of those few first bands who explored death-doom metal. They managed to record two demos Tales (1991) and Purity (1992) that lead them to the EP Wartime In Eden (1993), and then Dead End was disbanded.

None expected it, but the band was resurrected in 2014, and their debut full-length Reborn From The Ancient Grave saw the light of day two years after this return. The details of Dead End‘s early years, the reasons to continue spreading death-doom bliss, and future prospects for the band are covered in this interview with Dead End’s original bass-player Alwin Roes. END_OF_DOCUMENT_TOKEN_TO_BE_REPLACED