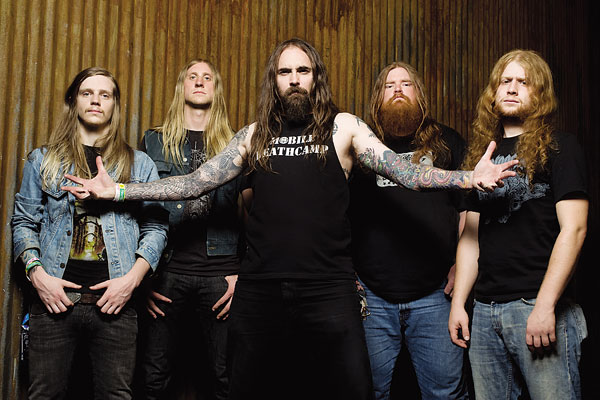 [EDITOR’S NOTE: Last Sunday, our favorite NCS writer from the UK (okay, yes, he’s the only NCS writer from the UK) killed three birds with one stone. Actually, he didn’t kill anything (at least so far as he can remember), so let me change that: Andy Synn did a lot of multi-tasking last Sunday night, to whit:

He and his band Bloodguard opened a show in Nottingham headlined by the almighty Skeletonwitch; he interviewed Chance Garnette, the frontman for Skeletonwitch — on video no less; and he filmed Skeletonwitch playing a new song (“Reduced To the Failure of Prayer”) when they took the stage. And he probably did some other things that night, which are better left private. Not too fucking shabby for one night, huh? So, here we have both the interview video, a transcript of the interview (which Andy did, too), that live video, and one more Skeletonwitch video just for good measure. UPDATE: We’ve now also got the song that will appear on a flexi-disc in the next issue of DECIBEL mag.]

Sunday evening I had the chance to interview Skeletonwitch singer Chance Garnette just prior to their show at Nottingham Rock City. It was also the first time I’ve attempted to video an interview… and I think it turned out ok!

I edited the original footage down from 25+ minutes, simply to remove some of the more conversational and rambling stuff that Chance and I got into, so don’t worry, there’s been no editing trickery to alter the content of the interview as presented – just some to make me look better as an interviewer!

After the jump there’s a transcript for those of you who, like me, don’t always want to watch/listen to an interview and prefer to read it at their own pace! END_OF_DOCUMENT_TOKEN_TO_BE_REPLACED