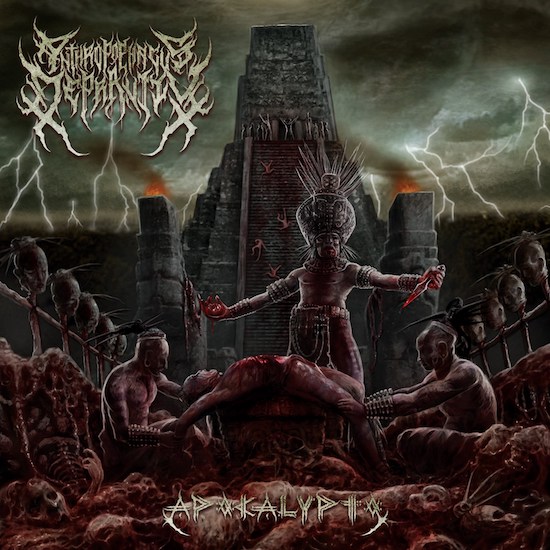 On July 2nd Comatose Music will proudly (and perhaps sadistically) uncage Apocalypto, the ghastly debut album of Anthropophagus Depravity from Yogyakarta in Indonesia, a record that Comatose sums up as “a gory tale of human sacrifice and mutilation delivered with fearsome musical prowess and ruthless, relentless force,” an album “spawned from nightmares” that “radiates fear and panic”, and one that will secure the band’s place “at the top table of brutal death metal”.

What we have for you today is the premiere of “Temple of Sacrifice“, a song that earns those words. It’s a cruel fashioning of terror in multiple visceral forms, an amalgam of cold, ruthless, methodical brutality and skittering, scrambling madness, all of it shrouded in an atmosphere of supernatural horror. END_OF_DOCUMENT_TOKEN_TO_BE_REPLACED