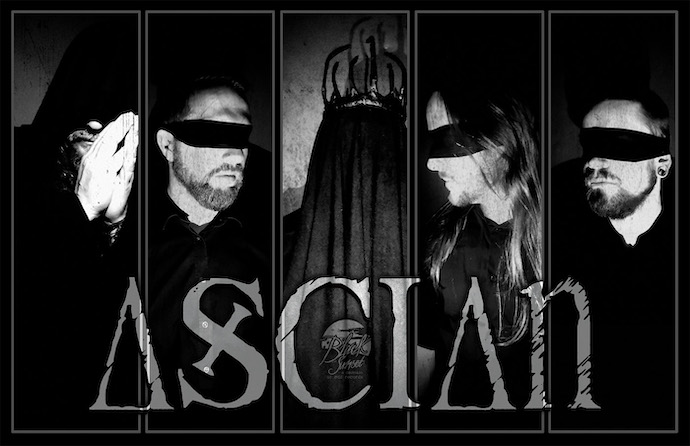 (This time Comrade Aleks has shared with us an interview of one of the guitarists from the German band Ascian, who released an excellent debut album last year and, as you shall see, are hard at work on the next one.)

Another promo album which I almost lost in the maelstrom of 2021 is Ascian’s Elysion, released on October 2nd, 2020. The time has come, I’ve opened the necessary folder, and was fascinated with their very first song ‘Misery Seeds’, which offers to listeners a flawless, solemn, doom death mass with emotional delivery of combined clean and growling vocals.

The entire album grants pure pleasure, with a slow dive into the melancholic void this German quartet easily create with their instruments. And then I found the official video for Ascian’s ‘Dead Will Carry the Dead’… Who could expect that such a young band pays so much attention to visual aspects as well?

Now that you’ve got an idea what Ascian is about, I believe I can hand it over to the band’s guitarist P. END_OF_DOCUMENT_TOKEN_TO_BE_REPLACED