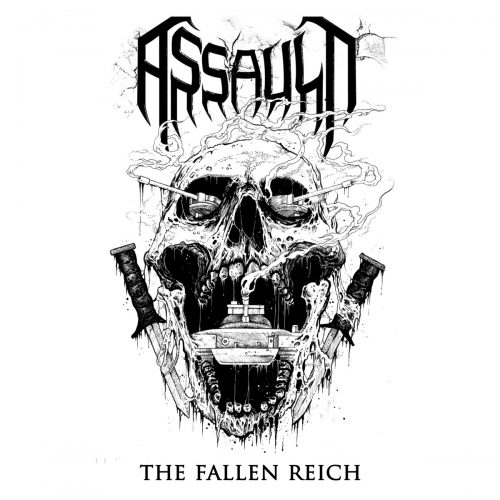 After making their recording debut in 2011 with an EP named The Exceptions of the Rebellions, the Singaporean band Assault are returning with a debut album named The Fallen Reich, which features Mark Riddick cover art and is set for a May 10 release by Transcending Obscurity Records. Today we bring you a lyric video for the album’s title track.

While Assault are billed as a death/thrash band, this song is reminiscent of the ferocious style of fast-moving melodic death metal that erupted on At the Gates’ Slaughter of the Soul, due in part to the similarity of the vocals to Tompa Lindberg’s distinctive snarls. END_OF_DOCUMENT_TOKEN_TO_BE_REPLACED